Twenty-one years after the Battle of Endor, the New Republic will face an even darker enemy. . . .

More than two decades after the heroes of the Rebel Alliance destroyed the Death Star and broke the power of the Emperor, the New Republic has struggled to maintain peace and prosperity among the peoples of the galaxy. But unrest has begun to spread and threatens to destroy the Republic’s tenuous reign.

Into this volatile atmosphere comes Nom Anor, a charismatic firebrand who heats passions to the boiling point, sowing seeds of dissent for his own dark motives. And as the Jedi and the Republic focus on internal struggles, a new threat surfaces from beyond the farthest reaches of the Outer Rim—an enemy bearing weapons and technology unlike anything New Republic scientists have ever seen.

Suddenly, Luke Skywalker; his wife, Mara; Han Solo; Leia Organa Solo; and Chewbacca—along with the Solo children—are thrust again into battle, to defend the freedom so many have fought and died for. But this time, the power of the Force itself may not be enough. . . .

It was too peaceful out here, surrounded by the vacuum of space and with only the continual hum of the twin ion drives breaking the silence. While she loved these moments of peace, Leia Organa Solo also viewed them as an emotional trap, for she had been around long enough to understand the turmoil she would find at the end of this ride.

Leia paused a moment before she entered the bridge of the Jade Sabre, the new shuttle her brother, Luke, had built for his wife, Mara Jade. Before her, and apparently oblivious to her, Mara and Jaina sat comfortably, side by side at the controls, talking and smiling. Leia focused on her daughter, Jaina, sixteen years old, but with the mature and calm demeanor of a veteran pilot. Jaina looked a lot like Leia, with long dark hair and brown eyes contrasting sharply with her smooth and creamy skin. Indeed, Leia saw much of herself in the girl--no, not girl, Leia corrected her own thoughts, but young woman. That same sparkle behind the brown eyes, mischievous, adventurous, determined.

That notion set Leia back a bit, for she recognized then that when she looked at Jaina, she was seeing not a reflection of herself but an image of the girl she had once been. A twinge of sadness caught her as she considered her own life now: a diplomat, a bureaucrat, a mediator, always trying to calm things down, always working for the peace and prosperity of the New Republic. Did she miss the days when the most common noise around her had been the sharp blare of a blaster or the hiss of a lightsaber? Was she sorry that those wild times had been replaced by the droning of the ion drives and the sharp bickering of one pride-wounded emissary after another?

Perhaps, Leia had to admit, but in looking at Jaina and those simmering dark eyes, she could take vicarious pleasure.

Another twinge--jealousy?--caught her by surprise, as Mara and Jaina erupted into laughter over some joke Leia had not overheard. But she pushed the absurd notion far from her mind as she considered her sister-in-law, Luke's wife and Jaina's tutor--at Jaina's own request--in the ways of the Jedi. Mara was not a substitute mother for Jaina, but rather, a big sister, and when Leia considered the fires that constantly burned in Mara's green eyes, she understood that the woman could give to Jaina things that Leia could not, and that those lessons and that friendship would prove valuable indeed to her daughter. And so she forced aside her jealousy and was merely glad that Jaina had found such a friend.

She started onto the bridge, but paused again, sensing movement behind her. She knew before looking that it was Bolpuhr, her Noghri bodyguard, and barely gave him a glance as he glided to the side, moving so easily and gracefully that he reminded her of a lace curtain drifting lazily in a gentle breeze. She had accepted young Bolpuhr as her shadow for just that reason, for he was as unobtrusive as any bodyguard could be. Leia marveled at the young Noghri, at how his grace and silence covered a perfectly deadly fighting ability.

She held up her hand, indicating that Bolpuhr should remain out here, and though his usually emotionless face did flash Leia a quick expression of disappointment, she knew he would obey. Bolpuhr, and all the Noghri, would do anything Leia asked of them. He would jump off a cliff or dive into the hot end of an ion engine for her, and the only time she ever saw any sign of discontentment with her orders was when Bolpuhr thought she might be placing him in a difficult position to properly defend her.

As he was thinking now, Leia understood, though why in the world Bolpuhr would fear for her safety on her sister-in-law's private shuttle was beyond her. Sometimes dedication could be taken a bit too far.

With a nod to Bolpuhr, she turned back to the bridge and crossed through the open doorway. "How much longer?" she asked, and was amused to see both Jaina and Mara jump in surprise at her sudden appearance.

In answer, Jaina increased the magnification on the forward screen, and instead of the unremarkable dots of light, there appeared an image of two planets, one mostly blue and white, the other reddish in hue, seemingly so close together that Leia wondered how it was that the blue-and-white one, the larger of the pair, had not grasped the other in its gravity and turned it into a moon. Parked halfway between them, perhaps a half a million kilometers from either, deck lights glittering in the shadows of the blue-and-white planet, loomed a Mon Calamari battle cruiser, the Mediator, one of the newest ships in the New Republic fleet.

"They're at their closest," Mara observed, referring to the planets.

"I beg your indulgence," came a melodic voice from the doorway, and the protocol droid C-3PO walked into the room. "But I do not believe that is correct."

"Close enough," Mara said. She turned to Jaina. "Both Rhommamool and Osarian are ground based, technologically--"

"Rhommamool almost exclusively so!" C-3PO quickly added, drawing a scowl from all three of the women. Oblivious, he rambled on. "Even Osarian's fleet must be considered marginal, at best. Unless, of course, one is using the Pantang Scale of Aero-techno Advancement, which counts even a simple landspeeder as highly as it would a Star Destroyer. Perfectly ridiculous scale."

"Thank you, Threepio," Leia said, her tone indicating that she had heard more than enough.

"They've both got missiles that can hit each other from this close distance, though," Mara continued. "Oh, yes!" the droid exclaimed. "And given the proximity of their relative elliptical orbits--" 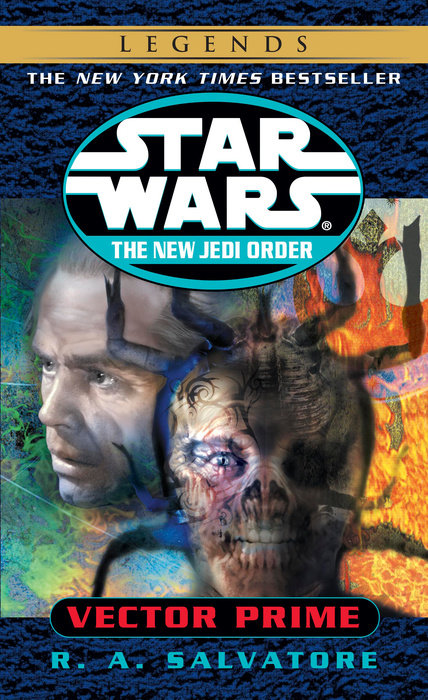