President Donald J. Trump lays out his professional and personal worldview in this classic work—a firsthand account of the rise of America’s foremost deal-maker.

“I like thinking big. I always have. To me it’s very simple: If you’re going to be thinking anyway, you might as well think big.”—Donald J. Trump

Here is Trump in action—how he runs his organization and how he runs his life—as he meets the people he needs to meet, chats with family and friends, clashes with enemies, and challenges conventional thinking. But even a maverick plays by rules, and Trump has formulated time-tested guidelines for success. He isolates the common elements in his greatest accomplishments; he shatters myths; he names names, spells out the zeros, and fully reveals the deal-maker’s art. And throughout, Trump talks—really talks—about how he does it. Trump: The Art of the Deal is an unguarded look at the mind of a brilliant entrepreneur—the ultimate read for anyone interested in the man behind the spotlight.

Praise for Trump: The Art of the Deal

“Trump makes one believe for a moment in the American dream again.”—The New York Times

An excerpt from Trump: The Art of the Deal

A Week in the Life

IDON’T do it for the money. I’ve got enough, much more than I’ll ever need. I do it to do it. Deals are my art form. Other people paint beautifully on canvas or write wonderful poetry. I like making deals, preferably big deals. That’s how I get my kicks.

Most people are surprised by the way I work. I play it very loose. I don’t carry a briefcase. I try not to schedule too many meetings. I leave my door open. You can’t be imaginative or entrepreneurial if you’ve got too much structure. I prefer to come to work each day and just see what develops.

There is no typical week in my life. I wake up most mornings very early, around six, and spend the first hour or so of each day reading the morning newspapers. I usually arrive at my office by nine, and I get on the phone. There’s rarely a day with fewer than fifty calls, and often it runs to over a hundred. In between, I have at least a dozen meetings. The majority occur on the spur of the moment, and few of them last longer than fifteen minutes. I rarely stop for lunch. I leave my office by six-thirty, but I frequently make calls from home until midnight, and all weekend long.

It never stops, and I wouldn’t have it any other way. I try to learn from the past, but I plan for the future by focusing exclusively on the present. That’s where the fun is. And if it can’t be fun, what’s the point?

9:00 A.M.   My first call is to Alan (“Ace”) Greenberg, on the trading floor of Bear Sterns, a major Wall Street investment banking firm. Alan is the CEO of Bear Sterns, he’s been my investment banker for the past five years, and he’s the best there is. Two weeks ago, we began buying stock in Holiday Inns. It was selling in the 50s. As of this morning, Alan tells me, I own just over one million shares, or slightly more than 4 percent of the company. The stock closed Friday at $65 a share, mostly, Alan says, because word is out on the street that I’ve been a big buyer, and there’s speculation I am planning a run at the company.

The truth is I’m keeping my options open. I may ultimately go for control of Holiday, which I think is somewhat undervalued. At the current stock price, I could get control for less than $2 billion. Holiday’s three casino-hotels could be worth nearly that much—and the company owns another 300,000 hotel rooms besides.

A second option, if the stock price goes high enough, is to sell my stake and take a very nice profit. If I did that today, I’d already be up about $7 million. The third possibility is that Holiday may eventually offer to buy back my shares, at a premium, simply to get rid of me. If the premium is big enough, I’ll sell.

In any case, I enjoy seeing the lengths to which bad managements go to preserve what they call their independence—which really just means their jobs.

9:30 A.M.   Abraham Hirschfeld calls me, looking for advice. Abe is a successful real estate developer but he wants to be a politician. Unfortunately for Abe, he’s a far better developer than politician.

This fall, Abe tried to run for lieutenant governor against Governor Cuomo’s hand-picked candidate, Stan Lundine. Cuomo led a court fight to get Hirschfeld off the ballot on technical grounds, and sure enough, halfway into the campaign, the court ruled Hirschfeld out. Abe knows I’m friendly with the governor, and he wants my advice now on whether he should endorse Cuomo or switch parties and endorse Cuomo’s opponent. I tell him it’s a no-contest question—stick with a winner and a good guy at that.

We set a meeting for Thursday.

10:00 A.M.   I call Don Imus to thank him. Imus has one of the most successful radio shows in the United States on WNBC, and he’s been helping to raise money for the Annabel Hill fund.
I’m amazed at how this has snowballed into such a media event. It began last week when I saw a national news report by Tom Brokaw about this adorable little lady from Georgia, Mrs. Hill, who was trying to save her farm from being foreclosed. Her sixty-seven-year-old husband had committed suicide a few weeks earlier, hoping his life insurance would save the farm, which had been in the family for generations. But the insurance proceeds weren’t nearly enough. It was a very sad situation, and I was moved. Here were people who’d worked very hard and honestly all their lives, only to see it all crumble before them. To me, it just seemed wrong.

Through NBC I was put in touch with a wonderful guy from Georgia named Frank Argenbright, who’d become very involved in trying to help Mrs. Hill. Frank directed me to the bank that held Mrs. Hill’s mortgage. The next morning, I called and got some vice president on the line. I explained that I was a businessman from New York, and that I was interested in helping Mrs. Hill. He told me he was sorry, but that it was too late. They were going to auction off the farm, he said, and “nothing or no one is going to stop it.”

That really got me going. I said to the guy: “You listen to me. If you do foreclose, I’ll personally bring a lawsuit for murder against you and your bank, on the grounds that you harassed Mrs. Hill’s husband to his death.” All of a sudden the bank officer sounded very nervous and said he’d get right back to me.

Sometimes it pays to be a little wild. An hour later I got a call back from the banker, and he said, “Don’t worry, we’re going to work it out, Mr. Tramp.” Mrs. Hill and Frank Argenbright told the media, and the next thing I knew, it was the lead story on the network news.

By the end of the week, we’d raised $40,000. Imus alone raised almost $20,000 by appealing to his listeners. As a Christmas present to Mrs. Hill and her family, we’ve scheduled a mortgage-burning ceremony for Christmas Eve in the atrium of Trump Tower. By then, I’m confident, we’ll have raised all the money. I’ve promised Mrs. Hill that if we haven’t, I’ll make up any difference.

I tell Imus he’s the greatest, and I invite him to be my guest one day next week at the tennis matches at the U.S. Open. I have a courtside box and I used to go myself almost every day. Now I’m so busy I mostly just send my friends.

11:15 A.M.   Harry Usher, the commissioner of the United States Football League, calls. Last month, the jury in the antitrust suit we brought against the National Football League ruled that the NFL was a monopoly, but awarded us only token damages of one dollar. I’ve already let the better players on my team, the New Jersey Generals, sign with the NFL. But the ruling was ridiculous.

We argue about the approach we should take. I want to be more aggressive. “What worries me,” I say to Harry, “is that no one is pushing hard enough on an appeal.”

12:00 noon Gerry Schoenfeld, head of the Shubert Organization, the biggest Broadway theater owners, calls to recommend a woman for a job as an office administrator. He tells me the woman specifically wants to work for Donald Trump, and I say she’s crazy but I’ll be happy to see her.

We talk a little about the theater business, and I tell Gerry I’m about to take my kids to see Cats, one of his shows, for a second time. He asks if I’m getting my tickets through his office. I tell him that I don’t like to do that sort of thing. “Don’t be silly,” he says. “We have a woman here whose job it is to handle tickets for our friends. Here’s her number. Don’t hesitate to call.”

It’s a nice gesture from a very nice guy.

1:15 P.M.   Anthony Gliedman stops by to discuss the Wollman Rink project. Gliedman was housing commissioner under Ed Koch. At the time we fought a lot, and even though I ended up beating him in court, I always thought he was bright. I don’t hold it against people that they have opposed me.

I’m just looking to hire the best talent, wherever I can find it.

Tony has been helping to coordinate the rebuilding of the Wollman Skating Rink in Central Park, a project the city failed at so miserably for seven years. In June I offered to do the job myself. Now we’re ahead of schedule, and Tony tells me that he’s set up a press conference for Thursday to celebrate the last important step in construction: pouring the concrete.

It doesn’t sound like much of a news event to me, and I ask him if anyone is likely to show up. He says at least a dozen news organizations have RSVPd yes. So much for my news judgment.

Tony Schwartz is the president and CEO of The Energy Project, which helps individuals and organizations perform at their best. Tony's book The Power of Full Engagement, co-authored with Jim Loehr, was a Wall Street Journal and New York Times bestseller and has been translated into twenty-eight languages. His article "Manage Energy, Not Time: The Science of Stamina," co-authored with Catherine McCarthy, was published in the Harvard Business Review. Tony also co-authored the #1 worldwide bestseller The Art of the Deal with Donald J. Trump. 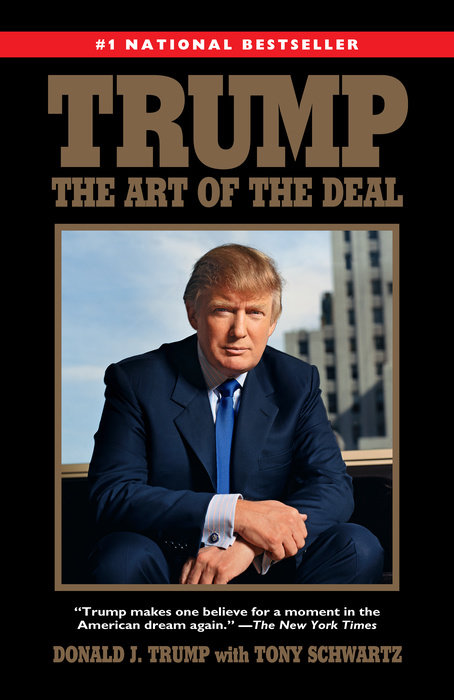