NEW YORK TIMES BESTSELLER • “A quite extraordinary novel. Colum McCann has found the form and voice to tell the most complex of stories, with an unexpected friendship between two men at its powerfully beating heart.”—Kamila Shamsie, author of Home Fire

From the National Book Award–winning and bestselling author of Let the Great World Spin comes an epic novel rooted in the unlikely real-life friendship between two fathers.

Bassam Aramin is Palestinian. Rami Elhanan is Israeli. They inhabit a world of conflict that colors every aspect of their lives, from the roads they are allowed to drive on to the schools their children attend to the checkpoints, both physical and emotional, they must negotiate.

But their lives, however circumscribed, are upended one after the other: first, Rami’s thirteen-year-old daughter, Smadar, becomes the victim of suicide bombers; a decade later, Bassam’s ten-year-old daughter, Abir, is killed by a rubber bullet. Rami and Bassam had been raised to hate one another. And yet, when they learn of each other’s stories, they recognize the loss that connects them. Together they attempt to use their grief as a weapon for peace—and with their one small act, start to permeate what has for generations seemed an impermeable conflict.

This extraordinary novel is the fruit of a seed planted when the novelist Colum McCann met the real Bassam and Rami on a trip with the non-profit organization Narrative 4. McCann was moved by their willingness to share their stories with the world, by their hope that if they could see themselves in one another, perhaps others could too.

With their blessing, and unprecedented access to their families, lives, and personal recollections, McCann began to craft Apeirogon, which uses their real-life stories to begin another—one that crosses centuries and continents, stitching together time, art, history, nature, and politics in a tale both heartbreaking and hopeful. The result is an ambitious novel, crafted out of a universe of fictional and nonfictional material, with these fathers’ moving story at its heart.

An excerpt from Apeirogon: A Novel

The hills of Jerusalem are a bath of fog. Rami moves by memory through a straight stretch, and calculates the camber of an upcoming turn.

Sixty-seven years old, he bends low on the motorbike, his jacket padded, his helmet clipped tight. It is a Japanese bike, 750 cc. An agile machine for a man his age.

Rami pushes the bike hard, even in bad weather.

He takes a sharp right at the gardens where the fog lifts to reveal dark. Corpus separatum. He downshifts and whips past a military tower. The sodium lights appear fuzzy in the morning. A small flock of birds momentarily darkens the orange.

At the bottom of the hill the road dips into another curve, obscured in fog. He taps down to second, lets out the clutch, catches the corner smoothly and moves back up to third. Road Number One stands above the ruins of Qalunya: all history piled here.

He throttles at the end of the ramp, takes the inner lane, passing signs for The Old City, for Giv’at Ram. The highway is a scattershot of morning headlights.

He leans left and salmons his way out into the faster lane, toward the tunnels, the Separation Barrier, the town of Beit Jala. Two answers for one swerve: Gilo on one side, Bethlehem on the other.

Geography here is everything.

It is the world’s second busiest migratory superhighway: at least four hundred different species of birds torrent through, riding different levels in the sky. Long vees of honking intent. Sole travelers skimming low over the grass.

Some of the birds migrate at night to avoid predators, flying in their sidereal patterns, elliptic with speed, devouring their own muscles and intestines in flight. Others travel during the day to take advantage of the thermals rising from below, the warm wind lifting their wings so they can coast.

At times whole flocks block out the sun and daub shadows across Beit Jala: the fields, the steep terraces, the olive groves on the outskirts of town.

Lie down in the vineyard in the Cremisan monastery at any time of day and you can see the birds overhead, travelling in their talkative lanes.

They land on trees, telegraph poles, electricity cables, water towers, even the rim of the Wall, where they are a sometime target for the young stone throwers.

The ancient sling was made of a cradle of cowskin, the size of an eye-patch, pierced with small holes and held together with leather thongs. The slings were designed by shepherds to help scare away predatory animals from their roving flocks.

The pouch was held in the shepherd’s left hand, the cords in his right. Considerable practice was needed to operate it with accuracy. After placing a stone in the pad, the slingman pulled the thongs taut. He swung it wide above his head several times until the moment of natural release. The pouch opened and the stone flew. Some shepherds could hit a target the size of a jackal’s eye from two hundred paces.

The sling soon made its way into the art of warfare: its capacity to fire up a steep slope and battlement walls made it critical in assaults on fortified cities. Legions of long-range slingmen were employed. They wore full body armor and rode chariots piled with stone. When the territory became impassible—moats, trenches, dry desert gulches, steep embankments, boulders strewn across the roads—they descended and went on foot, ornamental bags slung over their shoulders. The deepest held up to two hundred small stones.

In preparation for battle it was common to paint at least one of the stones. The talisman was placed at the bottom of the bag when the slingman went to war, in the hope he would never reach his final stone.

At the edges of battle, children—eight, nine, ten years old—were enlisted to shoot birds from the sky. They waited by wadis, hid in desert bushes, fired stones from fortified walls. They shot turtledoves, quail, songbirds.

Some of the birds were captured still living. They were gathered up and put into wooden cages with their eyes gouged out so that they would be fooled into thinking that it was a permanent nighttime: then they would gorge themselves on grain for days on end.

Fattened to twice their flying size, they were baked in clay ovens, served with bread, olives and spices.

Mitterrand’s staff supervised the capture of the wild birds in a village in the south. The local police were paid off, the hunting was arranged, and the birds were captured, at sunrise, in special finely threaded nets along the edge of the forest. The ortolans were crated and driven in a darkened van to Mitterrand’s country house in Latche where he had spent his childhood summers. The sous-chef emerged and carried the cages indoors. The birds were fed for two weeks until they were plump enough to burst, then held by their feet over a vat of pure Armagnac, dipped headfirst and drowned alive.

The head chef then plucked them, salted them, peppered them, and cooked them for seven minutes in their own fat before placing them in a freshly heated white cassole.

When the dish was served, the wood-paneled room—with Mitterrand’s family, his wife, his children, his mistress, his friends—fell silent. He sat up in his chair, pushed aside the blankets from his knees, took a sip from a bottle of vintage Château Haut-Marbuzet.

—The only interesting thing is to live, said Mitterrand.

He shrouded his head with a white napkin to inhale the aroma of the birds and, as tradition dictated, to hide the act from the eyes of God. He picked up the songbirds and ate them whole: the succulent flesh, the fat, the bitter entrails, the wings, the tendons, the liver, the kidney, the warm heart, the feet, the tiny headbones crunching in his teeth.

It took him several minutes to finish, his face hidden all the time under the white serviette. His family could hear the sounds of the bones snapping.

Mitterrand dabbed the napkin at his mouth, pushed aside the earthenware cassole, lifted his head, smiled, bid good night and rose to go to bed.

He fasted for the next eight and a half days until he died.

In Israel, the birds are tracked by sophisticated radar set up along the migratory routes all over the country—Eilat, Jerusalem, Latrun—with links to military installations and to the air traffic control offices at Ben Gurion airport.

The Ben Gurion offices are high-tech, dark-windowed. Banks of computers, radios, phones. A team of experts, trained in aviation and mathematics, tracks the patterns of flight: the size of the flocks, their pathways, their shape, their velocity, their height, their projected behavior in weather patterns, their possible response to crosswinds, siroccos, storms. Operators create algorithms and send out emergency warnings to the controllers and to the commercial airlines.

The ornithologists are busiest in autumn and spring when the large migrations are in full flow: at times their screens look like Rorschach tests. They liaise with bird-watchers on the ground, although a good tracker can intuit the type of bird just by the shape of the flock on the radar and the height at which it is coming in.

In military school, fighter pilots are trained in the intricate patterns of bird migration so they can avoid tailspins in what they call the plague zones. Everything matters: a large puddle near the runway might attract a flock of starlings; an oil patch might slicken the wings of a bird of prey, disorienting it; a forest fire might throw a flock of geese far off course.

In migratory seasons the pilots try not to travel for extended periods at lower than three thousand feet.

A swan can be as fatal to the pilot as a rocket-propelled grenade.

Colum McCann is the internationally bestselling author of the novels TransAtlantic, Let the Great World Spin, Zoli, Dancer, This Side of Brightness, and Songdogs, as well as three critically acclaimed story collections and the nonfiction book Letters to a Young Writer. His fiction has been published in over forty languages. He has received many international honors, including the National Book Award, the International IMPAC Dublin Literary Award, a Guggenheim fellowship, the Pushcart Prize, and an Oscar nomination for his short film Everything in This Country Must. He is a member of the American Academy of Arts and Letters, as well as the Irish association of artists Aosdána, and he has also received a Chevalier des Artes et des Lettres award from the French government. In addition, he has won awards in Italy, Germany, and China. A contributor to The New Yorker, The New York Times, The Atlantic, and The Paris Review, he teaches in the Hunter College MFA Creative Writing program. He lives with his family in New York City, where he is the cofounder of the global nonprofit story exchange organization Narrative 4. 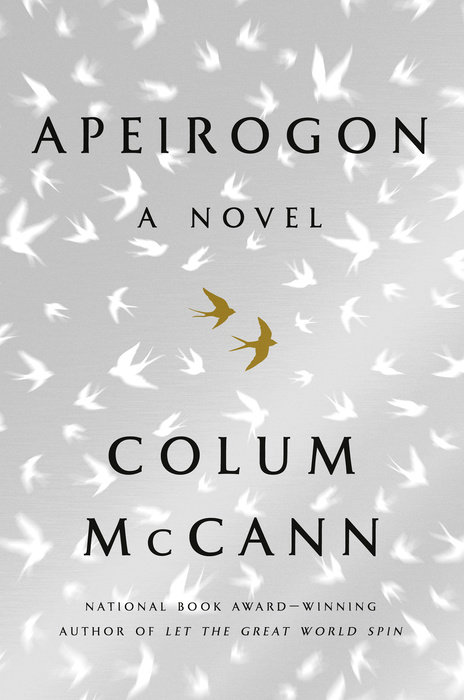