When Beatrice Hennessey sets out to confront Lord Coldhurst, the notorious rogue who killed her brother in a duel, her intent is to save her family from destitution. She’s determined to blackmail the man into a loveless marriage. She’ll make the wealthy Lord Coldhurst pay for the rest of his life. But while greeting his ship, Beatrice takes a tumble into the Thames—only to be fished out by a pair of strong masculine arms that tempt her to stay locked in their heated embrace forever. That is, until she realizes those arms belong to Sebastian Hawkestone, Lord Coldhurst himself.

The little drowned mermaid has an interesting proposition indeed; one that Sebastian is surprised to find quite agreeable. Although he’s had women more beautiful, she is pleasing to the eye, and besides, it’s time he fathered an heir. Beatrice promises to be the ideal wife; a woman who hates him with an all-consuming passion is far too sensible to expect romance. However, it isn’t long before Sebastian’s plan for a marriage of convenience unravels, and he’s caught up in the exhilarating undertow of seduction.

“Evans pulls the reader into the story and holds them there long after the last page. I can hardly wait to see what’s next in this fast-paced, drama-filled [series]. . . . A must read!”—My Book Addiction Reviews

“Five out of five stars . . . I just loved this second book in The Disgraced Lords series. I was hooked from the first chapter.”—Laura Tague

“There is immense power in loving and forgiving someone. Ms. Evans demonstrates that more than once in Sebastian and Beatrice’s relationship.”—Written Love

An excerpt from A Promise of More

Despite the earliness of the hour and the crowded bustle of the dock, Beatrice Hennessey stood out like, well, like the notorious rakehell Lord Sebastian Hawkestone, Marquis of Coldhurst, would stand out in a nunnery.
She hated standing out. She lived in a world where she took great pains to blend in. She was nobody of note and definitely not one to buck the respectable trends of the ton.

It was absolutely scandalous to be alone on the busy dock. The trepidation she’d felt in dismissing the hackney and driver over two hours ago was nothing to the mortification she was feeling as the men, and some women, leered at her. Given how she was dressed, as a respectable lady, the fact she was standing on the filthy Thames dock unescorted made her as visible as a diamond necklace dropped in an East End street.

Stupidly she had thought her presence might go unnoticed.

The longer she stood looking at the ship berthed in front of her, the more lecherous the stares became. Originally the looks had been simply curious. Clearly she was a lady; where was her escort? Why was she here? Did she have anything of value?

She had sent the hackney away because she could not afford to keep it waiting. She carried nothing of value. She was alone because there was no one else to count on, no one else to do what must be done to save her family.

However, two hours later, when she still stood in the same place with her hands clasped firmly in front of her, the mood of the men and women around her had changed to contempt, overlaid with a veneer of politeness, worn as thin as her remaining patience.

Where was Coldhurst? She’d assumed since he had been away from England for several months, he’d arise and disembark early, possibly as soon as his ship docked. She’d been wrong there too.

However, the worst assumption she’d made was about the place she should confront the scoundrel. Beatrice wasn’t the only woman waiting at the bottom of the gangplank to Coldhurst’s vessel, the Seductress. Several ladies of questionable character made a flagrant display of their wares, determined to be the first to sell the goods on offer as sailors came ashore.

Beatrice didn’t judge the women. If Lord Coldhurst didn’t help her, she might well end up in their position, albeit, she hoped, with a more refined level of clientele.

Her shudder wasn’t entirely due to the early morning chill. Squaring her shoulders, she acknowledged the idiocy of her approaching Coldhurst alone. His last correspondence, however, had left her no option. It was time to take the bull by the horns—or some similar body part. She did not doubt Lord Coldhurst possessed horns. After all, he was the wicked devil who had fled England in disgrace several months ago.

Coldhurst owed her; owed her family—especially her ten-year-old brother, the new Baron Larkwell—a debt he could never repay. Yet Coldhurst wouldn’t be the only one to pay. If her two younger sisters and two infant brothers were to survive and maintain their place in society, Beatrice had little choice but to sell herself to the devil.

Had Doogie lived, he would have married an American heiress whose father wanted a title for his daughter. A title from a distinguished yet impoverished family. A title in exchange for more money than any of them could imagine. Lord Coldhurst had stolen their financial security from them. It seemed only right and just that he should restore the coffers he had brutally destroyed when he’d shot Doogie.

Pain filled Beatrice’s chest as it always did when she thought about her foolish younger brother. She bit back the tears and channeled her grief into her rising temper. Two hours she had waited alone and unprotected on this smelly, dangerous dock, because she could ill afford to keep a hack and driver waiting.

Chin high, Beatrice marched toward the gangplank, politely weaving through the other “ladies.” But as she stepped onto the gangway a rough hand grabbed her shoulder and pulled her back.

“Just where the hell do you think you’re going?” The underdressed, and therefore probably appropriately dressed, prostitute looked her up and down. “No female is ’llowed on board unless invited by the captain.”

Beatrice removed the woman’s grimy hand from her now dirt-smeared shoulder and said, “Unlike you—” Beatrice hesitated, deciding to be both honest and polite, “ladies, I have important business with one of the passengers.”

The prostitute laughed out loud, nodding to the women behind her. “I’ve seen you waiting. You’re not expected. We’ve all got important business with them on board. You don’t get no special treatment. Get back in line.” And she pushed Beatrice backward into the now angry flock of screeching women.

The other women were far from gentle as they continued to push her away from the gangplank. The last woman in the group gave her an almighty shove and Beatrice ended up on her backside on the filthy dock, still tightly clutching her reticule.

She sat stunned for half a breath. Then anger surged through her as she clambered to her feet and, with jaw set, began pushing her way back through the melee of chattering and cursing women.

Finally, once more at the foot of the gangplank, she tapped her original assailant on the shoulder. The woman turned round. “My business,” Beatrice said before the prostitute could more than open her mouth, “is not your type of business. We are not in competition.”

The woman gave an ugly laugh. “Pah. I know who came in on that ship—his lordship. And when a man’s been at sea for a few weeks, he ain’t fussy about the quality of the goods. So piss off, and wait your turn.”

This time the violent shove wasn’t backward. It sent Beatrice sideways. She tried to steady herself, clawing the air, but it was too late. She tripped over a loose plank and pitched forward, arms flailing, over the side of the dock and into the water. Her scream ended as water filled her mouth.

She sank like a cannonball, the freezing water soaking into the many layers of her clothing, the weight pulling her under. She tried to kick her legs, stretching toward the murky sunlight above. Her lungs tightened to bursting point and soon black spots swarmed in front of her eyes. She was going to drown. How could she die? She was all the hope her family had left. She inwardly railed at her fate. Now look what she’d done. What would become of them all without her?

A double curse on Lord Coldhurst.

The last thing she remembered was a strong, muscular arm encircling her waist, and then she was being drawn up, up, up. 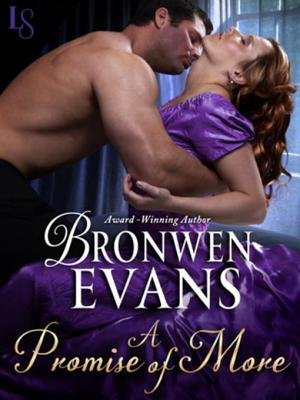