In this charming Potting Shed Mystery from bestselling author Marty Wingate, Texas transplant Pru Parke’s restoration of a historic landscape in England is uprooted by an ax murderer.

Pru Parke has her dream job: head gardener at an eighteenth-century manor house in Sussex. The landscape for Primrose House was laid out in 1806 by renowned designer Humphry Repton in one of his meticulously illustrated Red Books, and the new owners want Pru to restore the estate to its former glory—quickly, as they’re planning to showcase it in less than a year at a summer party.

But life gets in the way of the best laid plans: When not being happily distracted by the romantic attentions of the handsome Inspector Christopher Pearse, Pru is digging into the mystery of her own British roots. Still, she manages to make considerable progress on the vast grounds—until vandals wreak havoc on each of her projects. Then, to her horror, one of her workers is found murdered among the yews. The police have a suspect, but Pru is certain they’re wrong. Once again, Pru finds herself entangled in a thicket of evil intentions—and her, without a hatchet.

Praise for The Red Book of Primrose House

“All of the elements—gardening, history, romance, mystery—are perfectly blended with each other to form a coherent whole that is both entertaining and thoroughly engaging.”—Bibliotica

“Just know that Marty Wingate knows how to write a cozy mystery very well and that you will be hooked from page one.”—A Bookish Way of Life

“I enjoyed The Red Book of Primrose House as much, or maybe more, for the way it developed and dealt with the relationships involved as for the murder mystery. I’m looking forward to seeing what trouble Pru gets into next.”—Reading Reality

An excerpt from The Red Book of Primrose House

He returned after everyone had left and stood just inside the gate of the walled garden, surveying the scene. They’d made real progress, but now . . . What a mess, he thought. I can’t believe it came to this. Now it was left to him to sort it all out.

He had intended to take care of it; he had promised he would. But the time for negotiating had passed—he must take action. Checking his watch, he thought he might as well get to work. Clear this up before he began to clear up the other problems. He looked at the mountain of branches, strewn about in such disarray.

He reached down and gathered up an armful of greenery. No sense in letting it lie—it would only make more work for them later. God knows they had far too much to do as it was. He walked to the back gate; it wasn’t a heavy bundle, although he had to take care not to step in one of the holes made by the boy. He let go the branches and they fell to the ground, making a soft flump. He went back for another load while his mind went over what he would say to each of them. His only concern was to make sure she would be all right—it made all other priorities take second place.

He had just let go of the second armload of greens and hadn’t seen the speaker approach. “You can’t expect it to happen so fast,” he said.

“You said you would take care of it. It’s gone too far now, and I won’t give up.”

“I said that I would take care of her,” he replied, growing short with this same argument.

“You made promises—we agreed, but you’ve done nothing.”

“I will do what needs to be done, and what I do, I do for her—not for you or for a building or for anyone or anything else,” he said, pulling his arm away from the hand that tried to stay him.

The rising frenzy would not sway him. “How could I let it happen? You’re here only because of what you’ve done. Too full of yourself by half—you knew better than to start up, I warned you. I’m looking out for her.” He started back to the gate.

“Do you think I’ll let you off that easy?”

He turned to reply, but it was too late. The hatchet sank straight into his chest, and the impact sent him falling, falling backward until he landed on the soft bed of yew branches.

We love what you’ve done with the boxwood path out from the kitchen door to the yew walk—how clever to think of making the overgrown hedge into its own arbor walk—so much better than those laburnum walks. We wondered if it would be possible to plant daffodils at the base of the box—seeing as how you’ve already removed all the lower branches. What a glorious sight that would be!

Is it too late to do that now? You know we are more than happy to cover any extra costs for working on weekends. You are a jewel of a head gardener, and we remain thrilled with all your ideas and hard work—American Pru Parke and the famous Humphry Repton, what a pair!

Here’s to a fine Christmas for all of us—and just think, soon you’ll be moving in to your cottage. It’s almost ready!

Oh, yes—we’ve decided to open the garden here at Primrose House on 30 July. I’m sure you’ll have everything ready. It will be a glorious summer party! 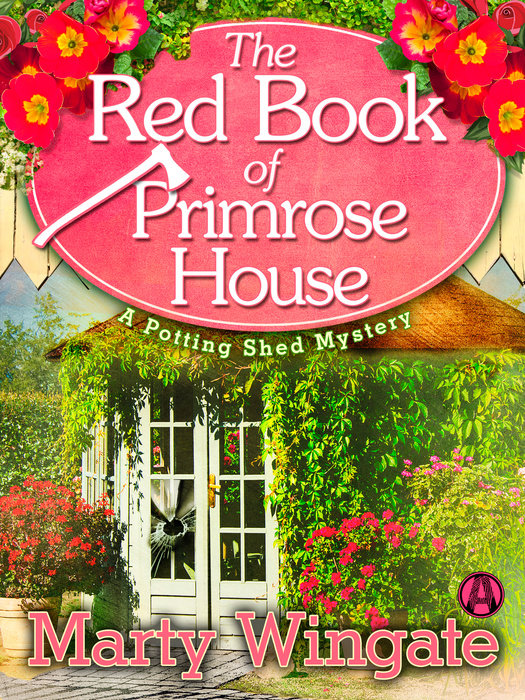