A long ago love story threatens to change the lives of three generations of women in New York Times bestselling author Nancy Thayer’s stunning novel—now available for the first time as an eBook!

Though Diane Randall’s jewelry business is a great success, her marriage is not, and she finds herself growing lonely as her children near adulthood. Meanwhile, her eighteen-year-old daughter Julia is falling dangerously in love, and Diane’s mother, Jean, is relishing her newfound freedom as a single woman in Europe. Distracted by their individual concerns, the three women are ill-prepared for the crisis that suddenly appears on Diane’s doorstep in the form of a handsome FBI agent asking about an explosive secret that’s layed buried for decades.

At the start of World War II, Jean was a young woman in love who made a fateful mistake, one that may now tear apart her family. Diane finds herself drawn into an illicit affair that threatens to erupt into scandal, while Julia’s own dramatic antics endanger her life. Meanwhile, Jean is desperate to keep hidden painful memories she’s guarded for so long. These three extraordinary women find that only by facing down secrets and lies can they face the future.

An excerpt from Family Secrets

In the clear light of her Cambridge studio, Diane Randall sat at her workbench drawing the model for an elaborate brooch that had been commissioned by a banker as a wedding present for his bride. The windows were open to the street so that shouts and laughter and traffic sounds drifted in on the cool October air, but Diane didn’t notice. As she bent with intense concentration over her sketch pad, she was thinking of love, young love and new love, married love and family love. Sexual love. Her thoughts swirled and twined like her design, until she raised her head and shook it, because her eyes had filled with tears.

Howard Roerson was marrying Patricia Wayne. She must concentrate on that. She had suggested casting the scrolled first letters of their last names in gold, framing and enclosing in the center an emerald-cut one-carat diamond. R and W. Biting her tongue, Diane returned to her work, painstakingly interweaving the tails of the lovely, curly letters, striving to make them baroque yet distinct. Marriage was like this, she mused, an arabesque coupling, pulling two people into the heart of intimacy and back out again to face the world alone.

She’d send the wax model to Providence to be cast; they’d return it and she would set the diamond herself.

R and W. If she’d kept her maiden name years ago when she’d married Jim Randall, this brooch could be hers. But she’d wanted to be rid of the boring White, her family name, and she’d wanted—oh, so passionately—to be with Jim completely. She’d loved him so entirely then, with all the heat and hope of first love, and he had loved her equally, fervently. Then.

Finally, she was ready to carve the wax model. But it was late—she could tell by the slant of the sun across her studio floor. She could hear Lisa, her efficient office manager, bustling around in the front office, slamming file cabinets as she tidied up for the day. Lisa was fastidious to the point of fussbudgetry about the organization of her desk and files; whenever she looked into Diane’s studio she was barely able to suppress a shudder of horror at the chaotic glitter in which Diane thrived.

“Don’t stay too late. You know you don’t work well when you’re tired.”

“Yes, Mother.” Diane took off her glasses and smiled. She’d been short-tempered with Lisa recently; she’d felt generally low-spirited. Certainly it wasn’t Lisa’s fault; it was no one’s fault. A fog had floated over her normal cheerfulness, and an invisible virus was sapping her energy. The opposite of spring fever: fall chill.

Lisa shut the studio door. A moment later Diane heard the office door close. She folded her glasses and laid them on the workbench, closed her eyes, and rubbed the bridge of her nose. Eyestrain. Both she and Jim spent so much time focusing on details it was no wonder they had trouble seeing each other clearly.

Standing, she stretched luxuriously, looking around her. Primitive beauty and state-of-the-art technology met here where beads and charms glittered among small chrome-and-steel machines. She’d been sitting at one of her three workbenches, a jeweler’s bench made of solid oak. A cable snaked from a motor suspended from a hook on the workbench to the flexible shaft that operated a variety of hand pieces for precision work. Another cable led down to the foot pedal of her micromatic wax pen; its digital temperature-readout box sat on her workbench, along with the spatulas, round nose, probing, needle, beaver tail, and bent tips, all looking like so many medieval dental tools. Along the back of this workbench as well as the other two grew a metal garden of fluorescent and magnifier lamps, curling and angling their wiry stalks and heads down over her work surface. A counter ran along the back wall holding a double sink, an acid bath in a crock pot, propane and acetylene torches, an exhaust system, polishing wheels, electronic scales, and a steam cleaner. Safety goggles and face shields had been tossed down among her sketch pads and colored pens and pencils.

She was successful in her fine-art and custom-jewelry line, but it was her fashion jewelry she loved most. Playing with her baubles not only inspired new designs for her business, it also served as a form of meditation and consolation in her life. Piled on a table and stacked on the floor were open plastic trays glittering with her playthings: Czech crystals, tiny brass bells, metallic amulets and zodiac symbols, millefiori beads, copper and silver crosses, African brass beads. Her beloved semiprecious stones—amber, turquoise, agate, garnet, moonstone, amethyst—as well as sheets of silver and a few precious jewels, were locked in the safety vault hunkering in the corner. Every time she unlocked the door to her workroom and saw her loot waiting to be transformed by her skills, she felt like a witch returning to her charms.

If only these sparkling gems and glowing metals really could work magic! If only she could shape the fates of those she loved with the same sure results that she could count on in her work.
Her life was in a real jumble. In the past year her father had died, her mother had sold the family house and taken off for Europe, her youngest child had fallen desperately—even frighteningly—in love, and her own body seemed to be failing, fading into bland middle age. Her business was as successful as ever, but suddenly that seemed the least important aspect of her complicated life.

It was not the complication that bothered her. She’d always liked complexities and had never let difficulties hold her back. A talented, artistic, determined woman, she’d intended that her life be as opulent and intricate as her jewelry, full of love and sexual pleasure, of children and profound married joy, of challenges and triumphs at work, of food and friends and books and music and wine.

And she had had years and years of that, all that, success at work, and a happy family life. Perhaps she expected too much. Or perhaps she was only experiencing what the magazines called the “empty nest” syndrome. Chase was twenty, in his second year at college, and Julia was eighteen, ready for college next year. Jim joked that they were going through the “empty wallet syndrome,” with all the tuition they were paying, but Diane knew it wasn’t financial worry causing his abstracted coldness. Between them, Jim and Diane had easily been able to afford the boarding schools the children had attended since ninth grade.

No, it wasn’t money at the heart of her brooding. Until now she’d been able to have at least the illusion that if she worked hard enough, if she did all the right things, she could keep her children safe and happy.

Now that sense of security had evaporated. Her children were changing. Not quite adults, they no longer seemed to think of themselves as children but as superior beings sprung from pure air. Chase and Julia were the heart of her life, while she was to them only a minor planet blipping annoyingly from the fringes of their universe. As it should be, she supposed. Still, she found it hard to realize that what mattered to her was of little importance to her children, and although she’d devoted her life to their health and happiness, she could no longer shape their destinies, and she might not even know what was deepest in their hearts.

Chase especially treated Jim and Diane with a mixture of fond indifference and wariness, as if his parents had grown irrational over the years and were now not quite to be trusted. He’d become arrogant, even disdainful. Two months ago, to celebrate what she considered a crucial breakthrough in the world, Diane ordered a watch from Bloomingdale’s. A Russian watch. When it arrived in the mail she stared at it with reverence, cradling it in her hand, stroking the silky black leather wristband, studying the round distinctive analog face encased in shining chrome. The Arabic numerals three, six, and nine were in black, and in place of the twelve was a red star. She strapped it to her wrist, this physical, concrete symbol of the tiny but real steps man had made toward peace in the world. Born in the forties, growing up in the fifties, she had been taught as a child to fear the Russians; now she exulted in the progress the world seemed to have made. She wanted to share this with her children.

She found her son and his friend Sam in the den. The two healthy, lucky, handsome young men sat with their muscular legs wrapped around their chairs as they bent forward over the computer. They were laughing, showing their milk-white, brace-straight teeth. The sight of them filled her with joy. 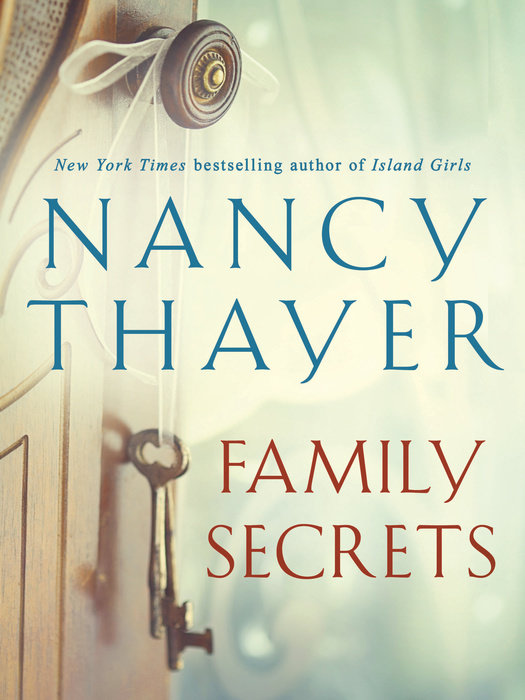