The richest and most ambitious novel by one of the greatest writers of the twentieth century, this masterpiece counts the human cost of British-occupied India, a society afflicted by imperialism and racism.

“A Passage to India is both a challenge and an indictment. It is also a revelation.”—The New York Times Book Review

When Adela Quested arrives in the city of Chandrapore in search of “the real India,” she quickly grows disillusioned with its prejudiced colonial community. Determined to escape the insular English enclave, she and her elderly companion, Mrs. Moore, seek the guidance of the charming and well-respected Dr. Aziz, a young Muslim physician. But a mysterious incident occurs while they are exploring the Marabar Caves with Aziz, and the doctor finds himself at the center of a scandal that rocks Chandrapore to its core.

E. M. Forster’s beautifully rendered characters illuminate the tensions of British-occupied India and make A Passage to India a masterpiece not only of historical impact but of deep humanity.

An excerpt from A Passage to India

Except for the Marabar Caves—and they are twenty miles off—the city of Chandrapore presents nothing extraordinary. Edged rather than washed by the river Ganges, it trails for a couple of miles along the bank, scarcely distinguishable from the rubbish it deposits so freely. There are no bathing-steps on the river front, as the Ganges happens not to be holy here; indeed there is no river front, and bazaars shut out the wide and shifting panorama of the stream. The streets are mean, the temples ineffective, and though a few fine houses exist they are hidden away in gardens or down alleys whose filth deters all but the invited guest. Chandrapore was never large or beautiful, but two hundred years ago it lay on the road between Upper India, then imperial, and the sea, and the fine houses date from that period. The zest for decoration stopped in the eighteenth century, nor was it ever democratic. There is no painting and scarcely any carving in the bazaars. The very wood seems made of mud, the inhabitants of mud moving. So abased, so monotonous is everything that meets the eye, that when the Ganges comes down it might be expected to wash the excrescence back into the soil. Houses do fall, people are drowned and left rotting, but the general outline of the town persists, swelling here, shrinking there, like some low but indestructible form of life.

Inland, the prospect alters. There is an oval Maidan, and a long sallow hospital. Houses belonging to Eurasians stand on the high ground by the railway station. Beyond the railway—which runs parallel to the river—the land sinks, then rises again rather steeply. On the second rise is laid out the little civil station, and viewed hence Chandrapore appears to be a totally different place. It is a city of gardens. It is no city, but a forest sparsely scattered with huts. It is a tropical pleasaunce washed by a noble river. The toddy palms and neem trees and mangoes and pepul that were hidden behind the bazaars now become visible and in their turn hide the bazaars. They rise from the gardens where ancient tanks nourish them, they burst out of stifling purlieus and unconsidered temples. Seeking, light and air, and endowed with more strength than man or his works, they soar above the lower deposit to greet one another with branches and beckoning leaves, and to build a city for the birds. Especially after the rains do they screen what passes below, but at all times, even when scorched or leafless, they glorify the city to the English people who inhabit the rise, so that newcomers cannot believe it to be as meagre as it is described, and have to be driven down to acquire disillusionment. As for the civil station itself, it provokes no emotion. It charms not, neither does it repel. It is sensibly planned, with a red-brick club on its brow, and farther back a grocer’s and a cemetery, and the bungalows are disposed along roads that intersect at right angles. It has nothing hideous in it, and only the view is beautiful; it shares nothing with the city except the overarching sky.

The sky too has its changes, but they are less marked than those of the vegetation and the river. Clouds map it up at times, but it is normally a dome of blending tints, and the main tint blue. By day the blue will pale down into white where it touches the white of the land, after sunset it has a new circumference—orange, melting upwards into tenderest purple. But the core of blue persists, and so it is by night. Then the stars hang like lamps from the immense vault. The distance between the vault and them is as nothing to the distance behind them, and that farther distance, though beyond color, last freed itself from blue.

The sky settles everything—not only climates and seasons but when the earth shall be beautiful. By herself she can do little—only feeble outbursts of flowers. But when the sky chooses, glory can rain into the Chandrapore bazaars or a benediction pass from horizon to horizon. The sky can do this because it is so strong and so enormous. Strength comes from the sun, infused in it daily, size from the prostrate earth. No mountains infringe on the curve. League after league the earth lies flat, heaves a little, is flat again. Only in the south, where a group of fists and fingers are thrust up through the soil, is the endless expanse interrupted. These fists and fingers are the Marabar Hills, containing the extraordinary caves.

Abandoning his bicycle, which fell before a servant could catch it, the young man sprang up on to the veranda. He was all animation. “Hamidullah, Hamidullah! am I late?” he cried.

“Do not apologize,” said his host. “You are always late.”

“Kindly answer my question. Am I late? Has Mahmoud Ali eaten all the food? If so I go elsewhere. Mr. Mahmoud Ali, how are you?”

“Hamidullah here is actually dead. He passed away just as you rode up on your bike.”

“Yes, that is so,” said the other. “Imagine us both as addressing you from another and a happier world.”

“Does there happen to be such a thing as a hookah in that happier world of yours?”

“Aziz, don’t chatter. We are having a very sad talk.”

The hookah had been packed too tight, as was usual in his friend’s house, and bubbled sulkily. He coaxed it. Yielding at last, the tobacco jetted up into his lungs and nostrils, driving out the smoke of burning cow dung that had filled them as he rode through the bazaar. It was delicious. He lay in a trance, sensuous but healthy, through which the talk of the two others did not seem particularly sad—they were discussing as to whether or no it is possible to be friends with an Englishman. Mahmoud Ali argued that it was not, Hamidullah disagreed, but with so many reservations that there was no friction between them. Delicious indeed to lie on the broad veranda with the moon rising in front and the servants preparing dinner behind, and no trouble happening.

“Well, look at my own experience this morning.”

“I only contend that it is possible in England,” replied Hamidullah, who had been to that country long ago, before the big rush, and had received a cordial welcome at Cambridge.

“It is impossible here. Aziz! The red-nosed boy has again insulted me in Court. I do not blame him. He was told that he ought to insult me. Until lately he was quite a nice boy, but the others have got hold of him.”

“Yes, they have no chance here, that is my point. They come out intending to be gentlemen, and are told it will not do. Look at Lesley, look at Blakiston, now it is your red-nosed boy, and Fielding will go next. Why, I remember when Turton came out first. It was in another part of the Province. You fellows will not believe me, but I have driven with Turton in his carriage—Turton! Oh yes, we were once quite intimate. He has shown me his stamp collection.”

“He would expect you to steal it now. Turton! But red-nosed boy will be far worse than Turton!”

“I do not think so. They all become exactly the same, not worse, not better. I give any Englishman two years, be he Turton or Burton. It is only the difference of a letter. And I give any Englishwoman six months. All are exactly alike. Do you not agree with me?”

“I do not,” replied Mahmoud Ali, entering into the bitter fun, and feeling both pain and amusement at each word that was uttered. “For my own part I find such profound differences among our rulers. Red-nose mumbles, Turton talks distinctly, Mrs. Turton takes bribes, Mrs. Red-nose does not and cannot, because so far there is no Mrs. Red-nose.”

“Did you not know that when they were lent to Central India over a Canal Scheme, some Rajah or other gave her a sewing machine in solid gold so that the water should run through his state.”

“No, that is where Mrs. Turton is so skillful. When we poor blacks take bribes, we perform what we are bribed to perform, and the law discovers us in consequence. The English take and do nothing. I admire them.”

“We all admire them. Aziz, please pass me the hookah.”

“Oh, not yet—hookah is so jolly now.”

“You are a very selfish boy.” He raised his voice suddenly, and shouted for dinner. Servants shouted back that it was ready. They meant that they wished it was ready, and were so understood, for nobody moved. Then Hamidullah continued, but with changed manner and evident emotion.

“But take my case—the case of young Hugh Bannister. Here is the son of my dear, my dead friends, the Reverend and Mrs. Bannister, whose goodness to me in England I shall never forget or describe. They were father and mother to me, I talked to them as I do now. In the vacations their Rectory became my home. They entrusted all their children to me—I often carried little Hugh about—I took him up to the Funeral of Queen Victoria, and held him in my arms above the crowd.”

E. M. Forster (1879–1970) was born Edward Morgan Forster in London. He attended Tonbridge School as a day boy and went on to King's College, Cambridge, in 1897. With King's he had a lifelong connection and was elected to an Honorary Fellowship in 1946. Forster wrote six novels, four of which appeared before World War I: Where Angels Fear to Tread (1905), The Longest Journey (1907), A Room with a View (1908), and Howard's End (1910).   An interval of fourteen years elapsed before he published A Passage to India. It won both the Prix Femina Vie Heureuse and the James Tait Black Memorial Prize. Finished in 1914, his novel on homosexual themes, Maurice, was published in posthumously in 1971.   He also published two volumes of short stories; two collections of essays; a critical work, Aspects of the Novel; The Hill of Devi, a fascinating record of two visits Forster made to the Indian state of Dewas Senior; two biographies; two books about Alexandria (where he worked for the Red Cross during World War I); and, with Eric Crozier, the libretto for Benjamin Britten's opera Billy Budd. The Times called him "one of the most esteemed English novelists of his time." 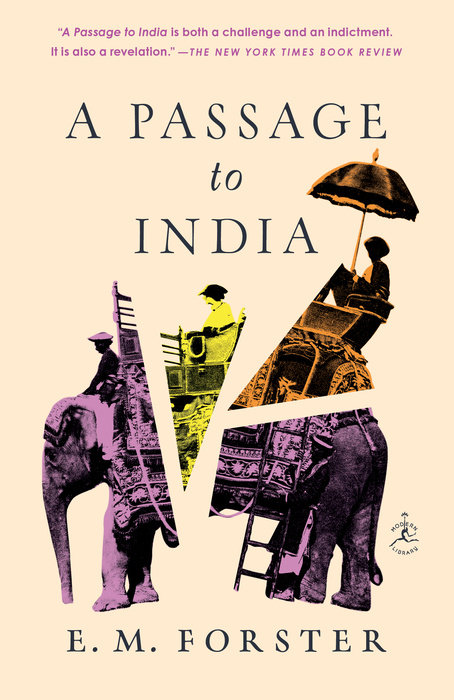