Now in its seventh edition! From the American Academy of Pediatrics, the most up-to-date, expert advice for mothers, fathers, and care providers—all in one guide.

All parents want to provide the very best care for their children. This essential resource from the most respected organization in child health is the one guide pediatricians routinely recommend. Parents can safely trust the guidance, which covers everything from preparing for childbirth to toilet training and from breastfeeding to nurturing your child’s self-esteem. Whether it’s resolving common childhood health problems or detailed instructions for coping with emergency medical situations, this new and revised edition of Caring for Your Baby and Young Child has everything you need, with information on . . .

• Basic care from infancy through age five
• Milestones for physical, emotional, social, and cognitive growth, as well as visual, hearing, language, and movement mileposts
• Information on healthy development and disabilities, including what to watch for and when to seek help
• Injuries, illnesses, congenital diseases, and other disabilities addressed in a complete health encyclopedia
• Updated content dedicated to environmental hazards and allergies
• Guidelines for prenatal and newborn care, with spotlights on maternal nutrition, exercise, and screening tests during pregnancy
• An in-depth discussion of breastfeeding, including its benefits, techniques, and challenges
• Revised nutrition recommendations, including the importance of early introduction of allergenic foods and obesity prevention tips
• Updated safety standards: the very latest AAP recommendations, from CPR instruction, safe sleep, and immunizations to childproofing tips, car safety seats, and toy safety
• Tips for choosing childcare programs
• Cutting edge research on early brain development and how babies and young children think
• Updated media chapter, including the effects of media and technology exposure on children and how to make the most of screen time in the home

Caring for Your Baby and Young Child is an essential childcare resource—recommended by pediatricians and trusted by parents.

An excerpt from Caring for Your Baby and Young Child, 7th Edition

Preparing for a New Baby

Pregnancy is a time of anticipation, excitement, and, for many new parents, uncertainty. You dream of a baby who will be strong, healthy, and bright—and you make plans to ensure her success. You probably also have fears and questions, especially if this is your first child, or if there have been problems with this or a previous pregnancy. What if something goes wrong during the pregnancy? What if labor and delivery are difficult? What if your expectations of being a parent aren’t met? These are perfectly normal feelings and fears. The nine months of pregnancy will give time to answer questions, calm fears, and prepare for the realities of parenthood.

Some of your initial concerns may already have been addressed if you had difficulty becoming pregnant, particularly if you sought fertility treatment. But now that you’re pregnant, preparations for your new baby can begin. The best way to help your baby is to take care of yourself. Regular medical and dental attention and good nutrition directly benefits both you and your baby’s health. Plenty of rest and moderate exercise will help ease the physical stresses of pregnancy. Talk to your physician about your health and your baby’s health, including prenatal vitamins, and avoid smoking, alcohol, using drugs (including marijuana), and eating fish containing high levels of mercury. If you are taking any medications, check with your obstetrician about their safety during pregnancy.

As pregnancy progresses, you’re confronted with a long list of decisions, from planning for the delivery to decorating the nursery. Many decisions may already have happened, but others may have been postponed because your baby doesn’t seem “real” yet. However, the more actively you prepare for your baby’s arrival, the more real that child will seem.

You may find yourself constantly thinking about this baby-to-be. This preoccupation is perfectly normal and actually may help prepare you emotionally for the challenge of parenthood. After all, you’ll be making decisions about your child for the next two decades—at least! Now is a perfect time to start.

Giving Your Baby a Healthy Start

Virtually everything you consume or inhale while pregnant will be passed through to the fetus. This process begins as soon as you conceive. In fact, the embryo is most vulnerable during the first two months, when the major body parts (arms, legs, hands, feet, liver, heart, genitalia, eyes, and brain) are just starting to form. The chemical substances in cigarettes, alcohol, illegal drugs, and certain medications can interfere with the developmental process, and some can even cause congenital abnormalities. For instance, if you smoke cigarettes during pregnancy, your baby’s birth weight may be decreased. Even breathing in smoke from the cigarettes of others (passive smoking) can affect your baby. Stay away from smoking areas and ask smokers not to light up around you. If you’re a smoker, this is the time to stop—not just until you give birth, but forever. Children who grow up in a home where someone smokes have a greater risk of sudden infant death syndrome (SIDS), more ear infections and more respiratory problems during infancy and early childhood, and even an increased risk of childhood obesity. They also have been shown to be more likely to smoke when they grow up.

The American Academy of Pediatrics’ message is clear—don’t smoke when pregnant; protect yourself and your children from secondhand tobacco smoke. Many studies have shown that if a woman smokes or is exposed to secondhand smoke during pregnancy, her child may be born too early (prematurely) or be smaller than normal. Other effects of smoking during pregnancy may include sudden infant death syndrome (SIDS), depressed breathing movements while in the uterus, learning problems, respiratory disorders, and heart disease as an adult.

After birth, children exposed to secondhand tobacco smoke have more respiratory infections, bronchitis, pneumonia, poor lung function, and asthma than children who aren’t exposed. Smoke exposure is most dangerous for younger children because they have immature lungs and spend more time with parents or other smokers.

If you smoke, quit. Ask your child’s pediatrician or your primary care doctor for free help, or call 1-800-QUIT-NOW. If you can’t quit, don’t expose your child to smoke—make your home and car completely smoke-free. The Academy supports legislation that would prohibit smoking in public places, including outdoor public places that children frequent.

Drinking alcohol during pregnancy is one of the leading preventable causes of birth defects, intellectual disability, and other developmental disorders in newborns. There is no known safe amount of alcohol consumption during pregnancy. For that reason, the American Academy of Pediatrics recommends that women who are pregnant, or who are planning to become pregnant, abstain from drinking alcoholic beverages of any kind.

Chemicals from marijuana, either smoked or from edibles, can be passed to your developing baby during pregnancy. Studies are limited, but the data suggest that use of marijuana may interfere with the baby’s brain development, cause intellectual disabilities, or cause behavioral problems later in life. Marijuana smoke also poses risks similar to tobacco smoke.

No illicit drug is safe to use during pregnancy. Stimulants like cocaine and methamphetamine can cause elevated maternal blood pressure, low birth weight, and premature delivery. Opioids like OxyContin and heroin cause withdrawal symptoms in newborns that can keep them hospitalized for weeks or more. If you become pregnant while using drugs, inform your obstetrician so that she can help you find safe, appropriate care.

Marijuana use has been legalized in a number of states, which may lead some women to believe that the drug is safe or even beneficial in pregnancy. Research on the effects of marijuana exposure in the womb or through breast milk is limited, but what we do know suggests that marijuana use by mothers may be dangerous to the baby’s developing brain. Women who are pregnant, planning to become pregnant, or nursing should avoid marijuana use. If you are using marijuana to treat nausea, talk to your doctor about safer alternatives.

When preparing for your baby, you may decide to paint and add new furniture to the nursery. It’s important to have good ventilation in spaces you’re painting, to avoid inhaling large amounts of fumes. New furniture can harbor chemicals and should be allowed to ventilate before placing your baby in or near it. Exposures do not only happen in the home; workplaces may have chemicals in use that, when inhaled, can result in harm to you and your baby. Your employer should provide you with personal protective equipment or other assignments if you are exposed to chemicals or dust in the workplace.

You should avoid all medications and supplements except those your physician has specifically recommended. This includes not only prescription drugs you’re already taking, but also nonprescription or over-the-counter products such as aspirin, cold medications, and antihistamines. Even vitamins can be dangerous if taken in high doses. (For example, excessive amounts of vitamin A have been known to cause congenital abnormalities.) Consult with your physician before taking drugs or supplements of any kind during pregnancy, even those labeled “natural.”

Fish and shellfish contain high-quality protein and other essential nutrients, are low in saturated fat, and contain omega-3 fatty acids. They can be an essential part of a balanced diet for pregnant women.

However, you should be aware of the possible health risks from eating fish while pregnant. Avoid raw fish, as it may contain parasites such as flukes or worms. Cooking and freezing are the most effective ways to kill the parasites. For safety reasons, the US Food and Drug Administration (FDA) recommends cooking fish to an internal temperature of 140 degrees Fahrenheit (60 degrees Celsius). Certain types of cooked sushi such as eel and California rolls are safe to eat when pregnant.

The most worrisome contaminant in fish is mercury (or more specifically, methylmercury). Mercury has been shown to be damaging to the fetus’s brain and nervous system development. The FDA advises pregnant women, women who may become pregnant, nursing mothers, and young children to avoid eating shark, swordfish, king mackerel, and tilefish (from the Gulf of Mexico) due to high levels of mercury in these fish. According to the FDA, pregnant women can safely eat an average of 8–12 ounces (two to three average servings) of a variety of other types of cooked fish each week. Five commonly eaten fish low in mercury are shrimp, canned or packaged light tuna, salmon, pollock, and catfish. Albacore tuna can be high in mercury, so canned chunk light tuna is a better choice. If there are no local health advisories about fish caught in your area, you can eat up to 6 ounces (one average meal) per week of local fish, but don’t consume any other fish during that week.

The American Academy of Pediatrics is an organization of 66,000 primary-care pediatricians, pediatric medical subspecialists, and pediatric surgical specialists dedicated to the health, safety, and well-being of infants, children, adolescents, and young adults.

More from American Academy Of Pediatrics

by American Academy Of Pediatrics 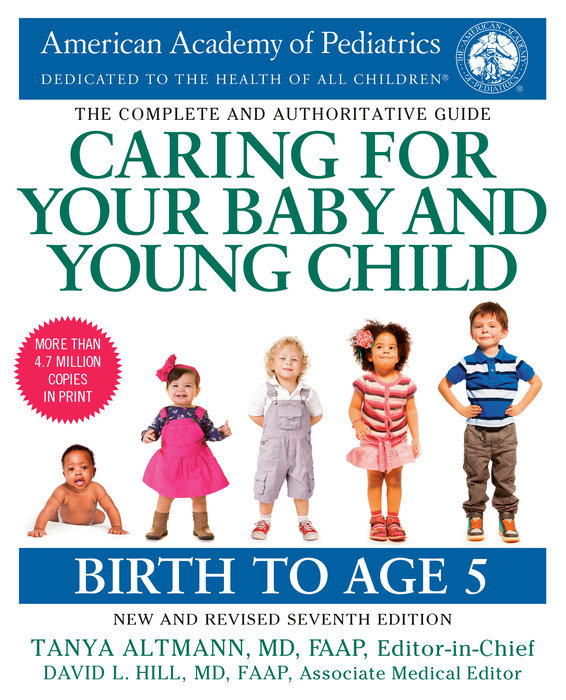