Texas transplant Pru Parke has put down roots in England, but she never dreamed she’d live in a grand place such as Greenoak. When her former employers offer Pru and her new husband, former Detective Chief Inspector Christopher Pearse, the use of their nineteenth-century estate while they’re away for a year, she jumps at the chance. Sweetening the deal is the prospect of further bonding with her long-lost brother, Simon, who happens to be Greenoak’s head gardener. But the majestic manor has at least one skeleton in its closet—or, rather, its garden.

Working on renovations to the extensive grounds, siblings Pru and Simon squabble about everything from boxwood to bay hedges. But when the removal of a half-dead tree turns up the wreckage of a World War II–era German fighter plane and a pile of bones, the arguments stop. That is, until a rival from Simon’s past pays a surprise visit and creates even more upheaval. It’s suddenly clear someone is unhappy their secrets have been unearthed. Still, Pru’s not about to sit back and let Simon take the fall for the dirty deed without a fight.

“Classy, clever, and utterly charming . . . Brew a pot of tea and settle in with this immensely enjoyable mystery.”—Rosemary Harris, author of Pushing Up Daisies and The Bitches of Brooklyn, on The Garden Plot

“Put the kettle on and settle into a well-crafted village mystery with a delightful new sleuth.”—Connie Archer, bestselling author of Ladle to the Grave, on The Rhyme of the Magpie

An excerpt from The Skeleton Garden

The full moon washed all color from the landscape, rendering trees in shades of pale silver relieved only by the inky blackness on the ground beneath them. White lilies glowed in the middle of the border, their heavy perfume a siren’s call as he passed. Mounds of geraniums and lady’s mantle appeared as small contours in the landscape, distinguished from rocks only when a slight breeze stirred the summer air and the leaves danced silently in some midnight fairies’ rite.

Will gave only the briefest glance at the house. The old man would be away to the back, sitting in the kitchen over his hot cocoa, all the windows well covered. No witnesses for this meeting apart from the badger stealing across the lane. No temptation to violate blackout regulations and pull out a torch—the moon gave all the light needed. But bright moonlight meant they could be caught out by a night raid. Will glanced up into the sky and decided he didn’t care. He had to have it out, and this was as good a place as any. Better, in fact. It meant something, this—at least it did to him.

He stepped up to the edge of the pit, his feet crunching on the chippings under his boots, and looked down at the jagged sheets of metal sticking up at awkward angles. The plane had come down right inside the old man’s walls, and it had been the talk of the village for a fortnight. The German pilot had bailed out and was found with a broken leg in a wood a mile away, then afterward, shipped off to a far-flung prisoner-of-war camp in Cumbria. The pilot would heal and be put to work in the fields, Will thought, as he kneaded his own shoulder, still stiff months after being shot down over Malta. They’d be wanting to send him back up in the air soon.

For a week, small groups of villagers had gathered in the lane at all times of day chatting among themselves, pointing to the sky and describing the imagined arc of the Messerschmitt’s path. The plane lay in a heap in the yard of the house, and no one seemed bothered to move it. The Home Guard out of Romsey had posted security for a few days, until it, the town, and the army lost interest. Worn down by four years of bombs, the villagers turned back to what really mattered—the day-to-day struggle of doing without. What had they expected, that Winnie Churchill would make a personal appearance to inspect the damage?

They all grew weary of this reminder of the Führer, but hauling it away involved too many logistics. Instead, the old man decided to bury it. “Put it out of sight,” he said. He had a mountain of gravel squirreled away behind the hedgerow as if he had feared they’d start rationing rock chippings along with the tea and bread. Using it to bury a German fighter plane seemed right enough. The plane, cut into several large pieces, lay only half covered—they’d almost run out of the chippings and had started to mix in the soil that had been dug out.

“Not thinking of jumping in there yourself, are you?”

Will turned, saw who it was, and stuck his hands in his pockets. “You’d be free and clear if I did, now wouldn’t you?” He shook his head. “Who would’ve thought you’d be a spiv?”

“The Ministry of Food made their own problems with this rationing—a few tins of beef, a bit of sugar—who’s going to miss that? Do you know how far four ounces of bacon goes every week? No, you wouldn’t—RAF has all it wants, now doesn’t it, Lieutenant?”

“Puts a few extra bob in your pocket—the both of you. Just how much do you make on the black market?”

“It’s every man for himself in war.”

“No, it isn’t.” Had Will thought confrontation would work? “Look, I’m giving you fair warning. You were kind to me when I arrived here and you’ve been good to my girl, so I won’t say anything this time. But you’d better pull out of it while you can.”

It was just a shove—meant to knock him down, nothing more, but it landed on his injured shoulder. Will recoiled from the pain that shot down his arm. It threw him off balance, but instead of slipping on the gravel at the edge of the pit, the blow sent him toppling in headfirst. His neck landed eight feet below on a ragged piece of the metal wing left uncovered.

Silence, apart from a few loose rocks as they rolled down and tapped against the propeller.

“Will?” He stepped closer to the edge and jumped in. “Will—you all right?” Will lay facedown in the black shadows, only his legs sticking out into the moonlight. He took hold of his hair to turn him over—wouldn’t it be just like Will to scare him on a lark—but Will’s head came back too easily, a wide slit in his throat that cut deep. Blood poured out of his neck, soaking into the gravelly earth, creating an inky black shade of its own. 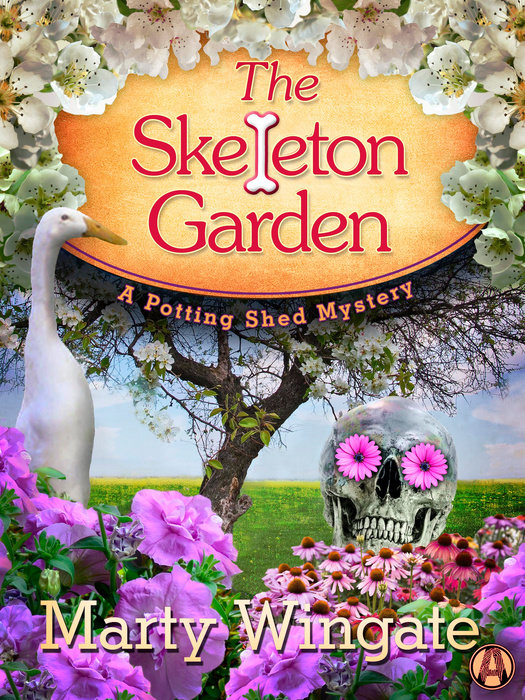