From the bestselling author of the Heller Brothers Hockey series, this charming holiday novella features one of the hunky hockey stars of the Chicago Aces.

The Christmas season always puts a smile on Jenna McFadden’s face. Even though she’s bringing a boyfriend home for the first time, inside she’s dying to see Andrew. Years ago, when the McFaddens took the troubled teen into their home, Jenna had to keep her blazing-hot crush a secret. And now that he’s playing pro hockey for the NHL’s Chicago Aces, nothing’s changed. With his wide shoulders and taut muscles, Andrew’s the most tempting package in the house . . . one that Jenna’s dying to unwrap.

Andrew Ross just can’t make a play for Jenna. Her dad and brothers wouldn’t approve, and he could never betray the trust of the wonderful people who treated him like family when he lost his own. That’s what makes the holidays so hard. Whether Jenna’s skating with Andrew on a frozen pond or sitting on his lap while he plays Santa, she’s pushing all their boundaries—and there’s only so much a man can take. Andrew knows that she’s off-limits. But something deep down tells him that Jenna’s heart is the one prize he simply has to win.

Praise for Off Limits

“A sweet story with plenty of heart about that bad boy you always wanted, who couldn’t wait to have you too.”—Cecy Robson, award-winning author of Once Kissed

“Off Limits has everything I love from one of my favorite authors: well-written characters, a hot hockey-playing hero, and heat. This is exactly why Kelly Jamieson is a one-click author for me.”—Sophia Henry, author of Delayed Penalty

“Kelly Jamieson knows how to write a swoon-worthy hero. I loved Off Limits.”—Gina Gordon, author of Naked

“I loved how their love for each other was so strong that it was almost tangible and even though they kept denying it everyone else could see it.”—Hines and Bigham’s Literary Tryst

An excerpt from Off Limits

“They’re mostly sweet, but with lots of nuts.” I bit my lip on a smile.

“How can you be such a brilliant accountant and not remember people’s names?”

“I have other talents.” Jon’s eyes crinkled up at the corners as he looked straight ahead out the windshield.
It amused me that my new boyfriend could never remember names, because he’s super smart and talented, an associate director in Financial Planning and Analysis at HMNC, where we both worked. But names escape him. As do birthdays and anniversaries. Not that he’d forgotten my birthday, which wasn’t until June, and we hadn’t had an anniversary yet, but he’d forgotten his sister’s birthday and his parents’ anniversary. Not the worst flaw in a man who is kind and smart and successful. Right?

After the two-ish-hour drive from Manhattan, we were almost at our destination—my parents’ home in Greenfield, Connecticut, just outside Hartford. For the first time ever, I was bringing a boyfriend home for the holidays.
This was somewhat nerve-wracking, although Jon didn’t seem too stressed about it. He was laid back about pretty much everything, which was nice. My dad and two older brothers were bossy, overprotective alpha males, so having a boyfriend who basically let me do whatever I wanted and didn’t get worked up about things was kind of nice.

The bossy, overprotective part might be why I was a wee bit nervous about bringing Jon home to meet my family.
I’d actually been surprised when Jon had suggested he come home with me for Christmas. We’d been seeing each other a few months and I liked him a lot. Maybe I was even falling a little in love with him. I wasn’t sure. There were things I really liked about him—we worked for the same company, so he understood my job, he was smart and kind, honest and thoughtful. If at times he thought a little too much before doing anything, that was better than making crazy, impulsive decisions or acting rashly. He definitely wasn’t the life of the party, but who wanted that? Quiet and steady were also good qualities. So bringing him home for Christmas seemed like a big step to me, but hey, he wanted to be with me over Christmas and that was nice.

“Okay, who’ll be there . . . my parents, Brenda and Gary. My oldest brother, Daniel, and his wife, Emily, and their new baby, Christopher, who is the reason for everyone coming home for Christmas. My other brother, Connor, and my sort-of brother, Andrew.”

I closed my eyes briefly, memories flooding back. I had to push those away, though. I’d been avoiding Andrew for years and it was time to get past that old shit and move on with my life. I had a new boyfriend who was a very nice man and I was excited to be seeing my family.

“That was nice of your parents to do that.”

I turned and blinked at Jon. “Um, yeah. Andrew and Connor were best friends and played on the same hockey team. My dad was his hockey coach. Andrew was practically another son to my dad even before he came to live with us.”

“Neither he nor Connor is married?”

“No.” I wrinkled my nose. “Connor’s not seeing anyone right now. Andrew has a girlfriend but I don’t know if he’s bringing her with him.”

I’d never met this girlfriend, but I’d seen pictures of her—blond and gorgeous. Being a handsome hockey player in the NHL made Andrew’s dating life very public. And he’d had a lot of dates. Not that I cyber-stalked him or anything. But since I hadn’t seen him for almost two years and we didn’t keep in touch other than the odd Facebook like or comment, that was the only way I had of knowing what was going on with him. Other than occasional updates from my mom—although by the time she’d told me that he’d been traded to Chicago I’d already known that. Same when he’d won the James Norris Memorial Trophy after his last team had won the Stanley Cup.

“Our exit is coming up next.”

It wasn’t much longer before we were pulling up in front of my parents’ home, the house I’d grown up in, a big gray colonial with white window frames, black shutters, and a bright red door. It was the perfect house for Martha Stewart decorating, but alas, my mother is not Martha Stewart. A wreath we’d had since I was about two hung on the front door, looking tattered and worn, and a garland haphazardly draped the stair railings. A thick blanket of snow lay over the lawn, but the front sidewalk and steps and the long driveway to the garage at the back of the house had been neatly shoveled.

A shiver of excited happiness ran through me at being home, about to see my family—and it was Christmas! I loved Christmas! Also, we didn’t see one another enough. Greenfield wasn’t far from New York City but my life was busy so I didn’t get home very often, and my parents weren’t much into the big city. My brother Connor still lived in Greenfield, but Daniel and Emily now resided in Boston, and they were bringing three-month-old baby Christopher home to Greenfield for the first time.

My brothers had tormented me my entire life, but I knew they always had my back despite the practical jokes and frequent insults, and I loved them too. And my parents . . . well, they were unique. They’d been married nearly thirty-five years, so they must be doing something right, and they’d been great parents, though definitely not Ward and June Cleaver. 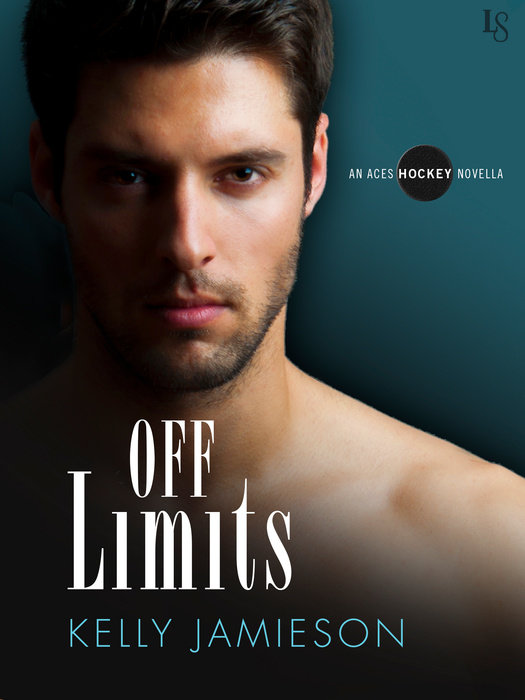