USA TODAY BESTSELLER • Whether it’s a clutch goal or a cocktail, nothing beats “top shelf.” In this novel from the bestselling author of the Heller Brothers Hockey series, a fun-loving jock and an ambitious career woman mix business with pleasure.

Not only is Jared Rupp one of the stars of the NHL’s Chicago Aces, he’s also the owner of the Sin Bin, the after-hours hot spot where the whole team hangs out. Lately, Jared can’t take his eyes off the woman he’s hired to give the Bin a more modern feel: a sexy, sophisticated consultant who has carved out a niche updating drink menus. She’s as passionate about her career as Jared is about hockey—and yet he can’t help wondering what kind of cocktail she really wants.

In her line of work, Sidney Frayne is used to guys hitting on her in bars, but Jared gets her hot enough to burst into flames. When he’s wining and dining her, he’s sophisticated as hell; on the rink, he’s a testosterone-fueled powerhouse. Still, Sidney’s bitter divorce taught her to keep her emotions on ice. With her busy schedule—and Jared’s playboy reputation—she’s not sure she’s ready for a fling. Because if she lets Jared into her bed, she just may have to let him into her heart.

“I’m a total sucker for sports romances, and so Top Shelf ticked a lot of boxes for me. If you’ve got a similar bent, I’d recommend it to you, too.”—All About Romance

“Five star review: Top Shelf is a sweet romance with a credible couple and, as it is the third book in the Aces series, you get a feel for the way the club ticks and there are guest appearances from the stars of the previous two books. . . . Although you can read this as a stand-alone story, I thoroughly recommend that you pick up the first two in this series and catch up with the rest of the team. Go Aces!”—Angel Net Reviews

“Fans of Jamieson’s silver-tongued heroes with a heart of gold will find a good deal to like here, and newcomers to the series’ will find it easy to get their footing.”—RT Book Reviews

“Mixology is a special skill and Top Shelf is the only way to go. With a little sadness, a lot of heat, and crazy chemistry, this book was difficult to put down. I’ve enjoyed Jared and his bar in previous books, I loved him in this! Five stars.”—Hines and Bigham’s Literary Tryst

“I loved this book. Jared and Sidney were so entertaining.”—A Crazy Vermonter’s Book Reviews

An excerpt from Top Shelf

Jared had been watching her since she’d walked into the bar. Alone.

Pale blond hair swung across her face and curved into her neck, brushing her shoulders. She pushed her hair aside with fingertips to reveal killer cheekbones, perfect ivory skin, full lips painted red, and big eyes emphasized with a lot of dark shadow. She wore all black—skinny black jeans, black motorcycle boots, and a loose black sweater that didn’t hide a slender body. The overall appearance said tough, but her bone structure was delicate and her face decidedly feminine. She intrigued him.

So he hadn’t waited to see if someone was joining her before crossing the bar to take the stool next to her. A quick glance revealed no ring on her third left finger, just slender fingers with short unpainted nails; and now that he was closer, he saw a tiny diamond stud glinting in her right nostril.

“The cocktail menu here sucks.” She shook her head as she looked at the small menu.

What? Jared blinked and paused as he sat on the stool.

She’d spoken aloud, although not directly to him.

She turned to him. Her eyes widened briefly, then swept over him in a quick appraisal. Judging from her blink and parted lips, she liked what she saw.

“Er. It’s basic. Unimaginative. I mean, having some basics is good, but these days you need to be creative.” She frowned. “There seems to be a big focus on beer here.”

“You don’t look like a beer drinker,” she said slowly. “More like a guy who’d drink Laphroaig. Or Absolut.”

Again, what? La froig? That sounded like something his teammate Marc Dupuis, who was French-Canadian, would say. He stared back at her, keeping his expression neutral. “Uh. Okay. Why do you say that?”

He grinned. Her eyes widened briefly in response to his smile. “I’m not perfect.” He grimaced. “Far from it.” Then he gave her the same kind of look she’d given him. “But you are.”

“Riiiight.” She lifted her dainty chin dismissively. “I’ll bet you say that to all the girls.”

Well, truthfully, he probably had said that to a lot of girls. He liked women a lot and he liked a lot of women. So sue him. “I never give a woman a compliment if I don’t mean it.”

She gave him a look laced with skepticism and amusement. “Uh-huh.” Then she turned away from him.

He resisted the urge to frown. Not that he had a big ego or anything, but usually this went a lot better for him.
Jack, the bartender, slid a glass of Jared’s favorite ale across the polished surface of the bar to him with a smile, then turned his attention to the woman. “What can I get you?”

She sighed, then surprised Jared by saying, “I’ll have what he’s having.”

“Sure.” Jack moved away.

“You’re drinking beer because the cocktail menu sucks so bad?” Jared said. “Is there something you want that’s not on the menu? I’m sure the bartender could make it for you.”

“Actually, I like beer. I didn’t necessarily want to order a cocktail. I was just commenting on the menu.”

“Oh.” He paused. “What’s wrong with it? Besides being basic and unimaginative.”

“That’s about it.” She shrugged. “There’s nothing unique or inspiring. Maybe if there had been, I would’ve ordered a drink other than beer.” Jack served her the beer and she picked it up and sipped it. “What is this?”

Who the heck was she? A beer aficionado? Yet criticizing his drinks menu? “Uh-huh,” he said with his own dose of skepticism. “You sound like you know what you’re talking about.”

“What? A woman can’t know anything about beer?”

This time she turned and met his eyes and he leaned in a little closer, maintaining eye contact. “No.” He kept a straight face. “Beer is a man’s drink.”

Her lips twitched as if she knew he was fibbing. “Do I look like a man?”

“No.” He lowered his voice. His gaze moved over her deliberately, then returned to meet hers. “You definitely do not.”

A little heat built as they looked at each other. Yeah, that was good.

“You can tell a lot about a man by what he drinks.” She lifted her glass and took another sip. “But I have to say, your choice in beer doesn’t fit with the rest of you.”

“Yeah?” He too drank, keeping his attention on her face. “Why not?” 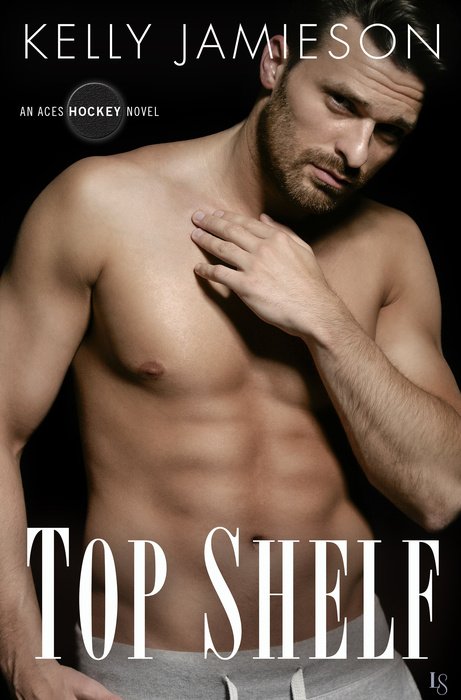