Present-day North Carolina sings with the passions of the Scottish Highlands as a fiery, time-traveling Celtic warrior takes a stubborn tour guide for a wild ride.

Haunted by lost love, Grant MacDara still dreams of tenth-century Scotland. Nothing can soothe his aching heart—until a sharp-tongued, redheaded beauty leads a tour of senior citizens through his family’s North Carolina theme park, Highland Life and Legends. Though she’s the polar opposite of the lass he left behind, Joanna Martin is the most irresistible woman Grant has ever met. But when he decides that she’s worth the risk of loving again, he tries so hard to hold her close that she nearly slips through his fingers.

Forced out of her job as a pharmaceutical sales rep by a conniving ex, Joanna is trying to make the best of her quiet new life. But one glimpse of Grant—who wields an ancient hammer like it’s just another appendage of his chiseled body—convinces Joanna not to give up on love. The one thing she can’t do is outrun her past as a loser magnet. And although Grant seems to be the last honorable man left on earth, this mouthwatering stud needs a crash course in twenty-first-century women before Joanna can trust him with her heart.

“This rollicking cross-cultural love story offers much to enjoy . . . including galvanic attraction and steamy sex scenes between two appealing and well-matched lovers, witty banter, and a delightful cast of supporting characters.”—Publishers Weekly

“Greyson continues to craft intriguing plots with pinches of humor and an interseting cast of characters. Her writing takes me back to the early days of Janet Chapman”—Victoria Roberts, award-winning author of My Highland Spy

An excerpt from Joanna's Highlander

Joanna couldn’t help but grin. The group of old ladies had turned out to be bawdier and more likely to get into mischief than any demographic of tourists she’d researched when she’d left her job at the pharmaceutical company and offered to buy in—or debt in, as it were—and help Lucia get the tour business she’d always dreamed of successfully launched.

Joanna glanced over at the lively, laughing Georgetta and felt a twinge of envy. I so wanna be Georgetta when I grow up. The thought powered her grin into a full-blown smile and the tension melted out of her shoulders.
Joanna gave Irene’s thin, blue-veined hand a reassuring pat and winked. “No harm. No foul.” She took the paper napkin out of her lap and tucked it under the rim of her dessert plate, which was streaked with what was left of the dark chocolate lava cake that was going to add at least two miles to her daily run this evening. Time to get these feisty golden-agers delivered to Brady’s Bed and Breakfast and tucked in for the night. “You ladies good on the itinerary? Everyone have their copy?”

The rosy-cheeked vice president of the knitting club sitting directly across the large, round table from Joanna leaned to her right, with one costume-jewelry-encrusted hand shielding her brightly lipsticked mouth. Eyes dancing, she whispered something to the nothing-but-business, big-boned woman beside her. High-pitched hissing spiked with breathless chuckles that mimicked the bubbly enthusiasm of a newly uncorked bottle of champagne effectively camouflaged whatever she was telling the president of the group of rowdy women.
“Secrets at the dinner table are rude, Frances,” Irene said, rapping her butter knife sharply like a warning bell against the edge of her plate. “Miss Joanna asked us a question. I think we should all be good enough to grace her with an answer. Does everyone understand our schedule for the next few days?”

Hazel Abraham, the recipient of Frances’s covert conversation, leaned far to the right until her chair creaked in protest at the shifting of her generous weight. Long, square face locked down in an intense scowl, she peered at something just past Joanna’s left shoulder. Slowly, she adjusted her wire-rimmed glasses, then finally straightened in her seat and nodded. “I believe you’re onto something there, Frances.” She turned and fixed Irene with a look that had to be a pre-agreed-upon signal among those in the club, then barely flicked an arthritic finger in Joanna’s direction. “I need to visit the ladies’ room. Don’t you need a visit too, Irene?”

A chorus of “I do’s” echoed around the table, all seven of the elderly ladies sounding off as though answering roll call at the bingo hall.

Irene barely shook her head, thin lips moving in what had to be silent prayer as she rolled her eyes and slowly rose from her seat.

An ominous shiver tingled up Joanna’s back, starting at her tailbone and ending in the tiny hairs at the nape of her neck. Now what were they up to, and how could she get this tour of Highland Life and Legends back on track?

“We won’t be long,” Georgetta announced, as chairs scraped backward and the liquid in the half-empty glasses littering the table shimmied back and forth with every bump as the ladies rose from their seats.

Georgetta’s smile was a little too bright for Joanna’s comfort. The older woman pointed at the table and winked.

“Now, you just wait here, sweetie. When we get back we’ll make sure we’re all up to snuff on the itinerary—okay?”

“Okay,” Joanna agreed weakly. What choice did she have? She had the distinct feeling that the Alverest Knitting Chicks had just called an emergency meeting in the Brady Townhouse Café’s restroom and she was the topic.
The ladies, ranging in age from Annamae’s young sixty-five to Hazel’s mature eighty, toddled single file through the maze of mostly empty tables in the café. Heads bobbing, and speaking to each other in low tones, every damn one of them stole a glance back at Joanna, then smiled at something or someone behind her before disappearing through the restroom door.

What the hell are they looking at? Joanna swiveled around and hugged the back of her chair with one arm.
Seated at the table in the corner behind her, quite close behind her in fact, was some of the best scenery that the Scottish theme park had to offer, at least as far as Joanna was concerned. The MacDara brothers—three of them anyway.

When did they come in? Joanna quickly adopted a relaxed, not-a-care-in-the-world attitude and feigned looking at the tour bus through the café window on the other side of the men’s table.

Wedged around the small table was the youngest brother of the bunch, Ross, then the next brother in their birthing order, Ramsay, and then Grant, the one Joanna adored flirting with but had dubbed “Look but Don’t Touch” because of the fact that she didn’t want to risk losing the temporary contract with Highland Life and Legends that she and Lucia had managed to snag—especially not over a man.

Grant was also rumored to be a pain in the ass with a diva attitude, but she’d never seen that behavior firsthand. He’d been nothing but delectably charming every time they’d crossed paths, and that had turned out to be pretty damn often over the past year and a half—not that she was complaining. But the “not touching” part of the “look but don’t touch” pact that she’d made with her conscience was getting more difficult to hold all the time. The only reason she’d kept her pact unbroken this long was because the frustrating hunk of sexy had never made a move. She’d toyed with the idea of being the first one to strike a match and start the fire, but she’d managed to talk herself out of it for the sake of the business. He must have somebody somewhere else, she reminded herself for the zillionth time. Oh well . . . better off anyway. Contract is safe and my weak self-control is not the problem.
The only MacDara son missing from around the table was the oldest brother, Alec. Probably home with the new wife. Alec was CEO of Highland Life and Legends and had been married almost a year.

Joanna had first met all four brawny MacDara sons and their elderly father when she and Lucia had finally scored a much-coveted appointment at the theme park to discuss the business venture that could make or break their fledgling tour agency. The five MacDaras and their lawyer, an odd little man with a stare that could rival deadly lasers, had listened to Joanna and Lucia’s proposal, then agreed to the terms and signed a trial two-summer-season contract for Carolina Adventures to bring groups of tourists for five-day/four-night stays each week at the Scottish historical theme park and Miss Martha’s bed-and-breakfast for a special rate. If the seasonal tours went well and turned out lucrative for all concerned, a more permanent, year-round access to the park agreement would be renegotiated this fall. Carolina Adventures’ finances needed the permanent, year-round deal. Badly.
While still their usual mouthwatering and kilted eye-candy selves, the three powerfully built men seated behind her seemed oddly twitchy. All of them looked . . . guilty . . . sort of. Especially her favorite, Mr. Damn-I-Wish-I-Could-Touch-You. He’s so my type. Dark blond, supposedly hard to get along with, and likely nothing but trouble. Grant MacDara. Yep. Perfect name for some top-shelf male perfection. I’ve got a few wishes he can “grant.”

A delayed flicker of common sense smacked the back of her mind. Dammit. I know. Off limits. The dark blond and big-as-a-Viking blond man was finer than any she’d met in a while, but better safe than sorry. She’d play it smart and give this guy a wide berth—for the sake of the contract.

Besides. As attracted as she was to Grant, he had to be trouble. She always picked the wrong kind of guy and had endured enough malevolent male drama from her father and ex-fiancé to last a lifetime. It had cost her everything: family, finances, and career. She’d be damned if she ever put up with that shit again. I have learned my lesson. 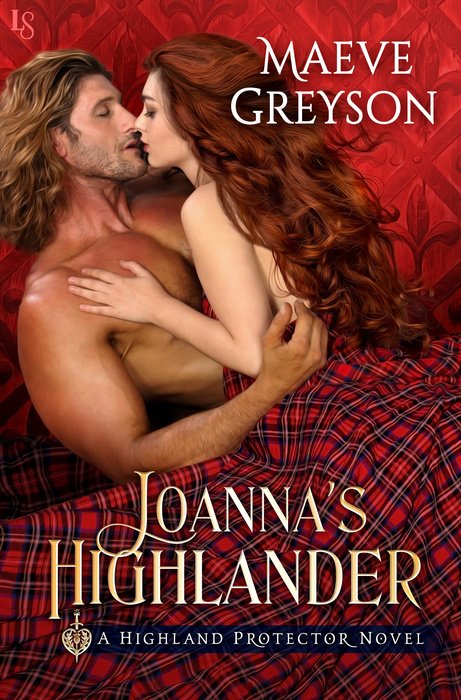