From the bestselling author of the Heller Brothers Hockey series comes a moving and thought-provoking novel about a college team facing hard knocks on the ice and off.

The Bayard College hockey team isn’t where Jacob Flass thought he’d be a season ago. He was a rising star in the Canadian major junior league, cruising toward a spot on an NHL roster—until a single disastrous night on the town brought it all crashing down. Now he’s out of options, except for playing well, studying hard, and staying away from the opposite sex. He’s not supposed to be flirting with the most intriguing woman he’s ever met. But how could he possibly stay away?

Skylar Lynwood’s freshman year of college was a disaster. This semester she’s working hard to get back to the grades her parents want to see, and she’s dealing with her painful memories by doing volunteer work. There’s no place in Skylar’s life for parties, fun, and arrogant jocks—until Jacob melts her resistance with his easy charm and rugged smile. The deal he’s offering could be a win-win: a fake relationship that will keep him out of trouble and her secrets safe . . . if they can keep their hands off each other.

Praise for Shut Out

“Sexual tension doesn’t get better than this! Shut Out is wickedly sexy, but with enough sweet moments to make it the perfect love story.”—USA Today bestselling author Lauren Layne

“Sexy and sweet, yet layered with emotion, Shut Out perfectly captures the feeling of a first love!”—Award-winning author Katie Rose

“An absolute winner . . . I’m hoping to see more of Skylar and Jacob in the future.”—Dear Author

“Very powerful and thought-provoking in many ways . . .  Shut Out is the type of book that may stay with you a long time after you read.”—Babbling About Books, and More!

“The chemistry between these two is explosive and you fall in love with both of them and their struggles to find their way. . . . I have no doubt you will enjoy it as much as I did.”—Books & Boys Book Blog

An excerpt from Shut Out

I’m tired of saying it so I just think it—for about the millionth time since that f***ed-up night went down three weeks ago. My insides are knotted so tightly I might puke. My shoulder and neck muscles are like boulders and my hands keep curling into fists. There’s so much tension and adrenaline building up inside me I feel like I’m going to explode.

“So I can’t play in the playoffs?” I manage to choke out.

The general manager of my Western Hockey League team regards me with sad resignation from behind the desk in his tiny office. “No. I’m sorry, Jacob.”

My throat feels like I’ve swallowed a hockey puck. I turn to my parents, who are with me for this meeting. I’m an adult at age nineteen, but this is some serious shit happening, and they flew here from Kamloops to help me deal with it, and to talk to Mr. Gagnon today.

“There were no charges laid against me,” I remind him.

“We know that, Jacob. But you were involved that night, and all three of you have been removed from the team.”
I swallow again.

Hockey is my life. My passion. I’ve always known I’m going to play in the NHL one day. I don’t consider myself The Next One or another Sidney Crosby, but I have talent and I’ve worked my ass off. The playoffs are only a week away and I’ve been kicked off the team. The draft is coming up in a couple months. This was supposed to be my year. The scouts from all the NHL teams have been at our games this year and I know the buzz is out there, and it’s not whether I’ll be drafted, but rather how high I’ll go.

Now that’s gone. I close my eyes against the sting behind my eyelids.

Jesus. I’m six foot three inches tall, nearly two hundred pounds. I have no problem dropping the gloves to fight if the situation merits it. I’m not going to f***ing cry like a baby here in Mr. Gagnon’s office.

“Jacob,” Dad says, leaning forward. “It’s too late to fix things this year. But there might be a way to try next year.”
I grit my teeth and open my eyes to focus on him.

The disappointment and strain on his face make my insides hurt even more. I glance at Mom, whose face wears a similar expression.

I’ve never let my parents down before. Well, okay, they weren’t happy the first time it snowed after I got my driver’s license and I cracked up the car they’d bought me. But nobody’d been hurt and the car was insured, so they got over that. And they got over the first time I got drunk and came home and puked in my bed. But this . . . they aren’t going to get over this, and it f***ing kills me.

My parents have done so much for me to get this far. Sacrificed so much. They don’t deserve to be paid back like this. I’m such an asshole.

He shakes his head. “Not for the Warriors. But I’ve been helping your parents explore some options.”

“There’s a college down in the States that’s interested in you,” Dad says. “Actually, there are a few. But we’ve talked to the coach at Bayard College.”

“I know him,” Mr. Gagnon says. “We played for the Leafs together years ago.”

College hockey down in the States? I frown.

I can’t do school full-time while I’m playing major junior hockey, with all the travel and practices involved, but I’ve done a few university courses—some of them online, a few in the summer.

“It’s not guaranteed that you can play with them,” Mr. Gagnon says. “The Canadian Hockey League includes some players who’ve signed professional contracts, so the NCAA considers it a professional league, which makes you ineligible for NCAA competition. But there are ways to have eligibility reinstated. The school has to start the process. They’re interested enough in you that they’re willing to do that, but like I said, we don’t know for sure if it will be approved.”

“They also have a strict policy about their school athletic programs,” Dad says. “Athletes have to maintain certain grades and they have to stay out of trouble. But . . .” Dad hesitates. “Well, not to be crass, but they need funding and they need to win. Their NCAA hockey program is big there. You have talent and they’re willing to take you on.”

“Go to school?” My eyes widen at Dad. “Full-time? And play hockey?”

I’m not stupid, but I never planned on getting a university degree. My path to the NHL was clearly mapped out by playing in the Western Hockey League, getting drafted, and possibly spending a year on a farm team—although I’m goddamn determined to give my first NHL training camp everything I have in an effort to prove I can play in the big league right away. I have a plan. Or at least, I had one. 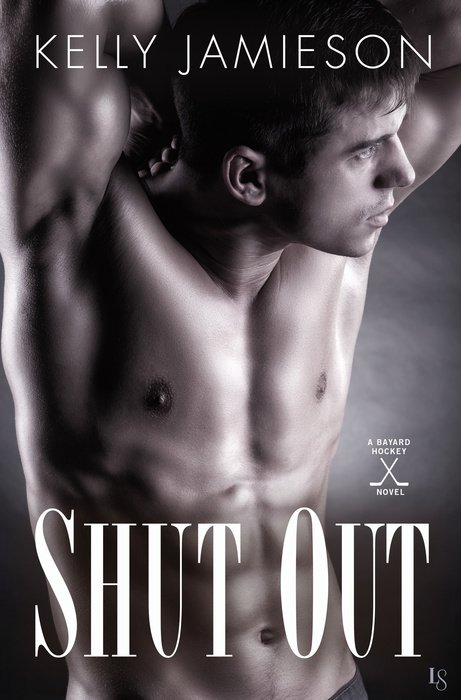