My name’s Max Hall, and I need to f***. As a pro hockey player who’s been away from the game for over a year, my libido has picked one hell of an inconvenient time to come roaring back to life.

After my wife died from a rare form of cancer, sex was the last thing on my mind. Same with hockey, the other love of my life. Now, after fifteen months of eating too much, drinking too much, and generally just feeling sorry for myself, I’m facing a steep uphill battle to get my ass in shape and play my way back onto the Chicago Aces.

So I’m not looking for a relationship. Just sex. Yeah, I know how that makes me sound. But the truth is, I’ll never love another woman the way I loved my wife. When I meet a sexy bridesmaid at my teammate’s wedding, I decide to scratch that itch. A fling with Kendra Armstrong in her posh hotel room could be just what the trainer ordered.

Not only is Kendra smokin’ hot, she’s dynamite in bed—one of the perks of being a sex toy designer. Since she lives in New York anyway, we agree to keep things casual, no strings attached. The arrangement is perfect . . . until one of us falls in love. And it’s not me.

“In her fifth full-length Aces Hockey romance, Jamieson lets fans into the mind of the Aces’ most brooding player, rounding out a supporting character with some impressive results.”—RT Book Reviews

“This story of healing is touching and the intensity of the sensual encounters swoonworthy.”—Publishers Weekly

“Kelly Jamieson delivers another winner! Slap Shot gave me all the feels, and Max Hall is a hero to cheer for.”—Stacey Kennedy, USA Today bestselling author of the Dirty Little Secrets series

An excerpt from Slap Shot

It’s all I can think of.

I’m sitting in the ballroom of the Peninsula Hotel watching four bridesmaids dance, and god darn if I don’t have a boner.

The dance floor is crowded, and some of my teammates are up there—tuxedo or suit jackets off, ties loosened, rocking out to the music of Bruno Mars.

My eyes keep going back to one bridesmaid in particular. I don’t know why. She’s pretty, sure, and she has a nice enough body—slender, a few curves, nothing stupendous, though. She has long auburn hair and I’ve never really been attracted to gingers. Maybe it’s her smile.

She’s a good dancer. She laughs at something one of the other bridesmaids says to her, her head going back with utter joy and abandon. Then she turns in a circle, arms above her head, hips swaying. The chandeliers and candlelight glimmer off her peach-colored sequined dress, which is pooling on the floor around her feet because she’s kicked off her high heels.

Her skin is a paler peach color, smooth and creamy, her arms, shoulders, and chest bare in the sexy dress. I can’t see them from here, but earlier when we were introduced, I noticed the pale gold freckles dusted over her shoulders and small nose. That, too, isn’t something I usually find attractive. I’ve always liked tanned blondes, not freckled redheads.

I shift on the flimsy cane chair, my hard-on becoming painful.

This is what happens when you go sixteen months without sex. Yes, folks, that’s what I said. Sixteen months.
It’s a wonder my dick and balls haven’t shriveled up and fallen off.

Of course they’ve had a little personal attention from my hand from time to time. A little couch hockey for one. Playing five on one. Or as my dad said in a memorable conversation when I was fourteen, instructing me on using tissues not socks, dating Rosie Palm and her five sisters.

The memory makes me smile despite the uncomfortable situation in my southern region.

I also noticed that Ginger Spice bridesmaid isn’t wearing a ring and apparently doesn’t have a date for this wedding.

The song ends and the bridesmaids all disperse in different directions. My heart knocks as Kendra makes her way toward me.

She’s carrying her shoes, holding up her skirt with one hand. The sequined fabric almost looks heavy, sparkling in the low light as she walks. She drops into a gold Chiavari chair next to me and flashes me a wide, white smile.

“Whew.” She crosses her legs and leans over to slip her shoe onto one foot. My gaze goes straight to where the low neckline of her dress gaps away from her chest, exposing a shadowy cleft. “I worked up a sweat.”

I snap my gaze back up to her face and eye her dewy glow. “That’s not working up a sweat.”

She lifts one perfectly arched eyebrow and re-crosses her legs to put her other shoe on. Now I get a flash of smooth calves and my palm itches to run over that sleek skin. Christ. My dick is at attention over a peek at a woman’s bare legs. He’s starved for sex, apparently. “Right,” she says. “I forgot you’re a hockey player.”

I’ve been off the market for a long time, but even I know that. Women think hockey players are hot. I’ve known this ever since I played major junior hockey back home in Canada and the Wheat Puffs used to follow us with their eyes when we walked down the hall at school, and hang around the arena during games and practices.
I played for the Brandon Wheat Kings, and we had creative names for the puck bunnies there—Wheat Puffs, Wheatie Sweeties, and some other much cruder names I won’t share here.

“Actually, I haven’t played for over a year,” I tell her.

She tilts her head to one side. “No? Were you injured?”

Her lips push out. “That sucks. You’re okay, though?”

Not really. “Yeah. You need a drink, spice girl?”

“Ah.” She makes a face. “Okay, then. And yes, I’d love a drink.” She says this with heartfelt enthusiasm that does something for me. “Would it be wrong to drink beer wearing this dress?” She motions at herself.

She’s half smiling, eyeing me curiously, because what I said sounds like a joke, and yet I’m not smiling. “Well, then, I’d love a beer. Any kind.”

I head to the open bar my buddy and teammate Marc Dupuis is so generously providing tonight. With the whole Chicago Aces hockey team here, he’s going to have one heck of a bar bill by the end of the night.

I shouldn’t be drinking. I started an intensive training program this week. The guy I’m working with has me on some weird diet that doesn’t include alcohol. But hell, it’s a wedding, and I’m allowed a cheat day. The two dinner rolls I scarfed down aren’t on the no wheat, no sugar, no soy, and no processed or packaged foods list. I’m supposed to drink goat milk, for fuck’s sake, and eat sunflower sprouts, mung beans, salba, chia, and hemp. I didn’t even know what that crap was before this.

It’s only been a week and I’m sick of the diet already, not to mention every muscle in my body hurts and I’m exhausted, but I have to keep my goal in sight. I have to make it back on the team.

I’m a veteran of the Aces. I’ve played for them for the past nine years—other than last season. Even so, I still have to prove myself at training camp if I want to play. Everyone has to prove themselves at training camp, every year. It’s not going to be easy. I’m not exactly old at twenty-nine, but I feel ancient and there are eighteen-year-old kids coming to camp who are gonna kick my ass. So I’ll do whatever I have to do to make it. 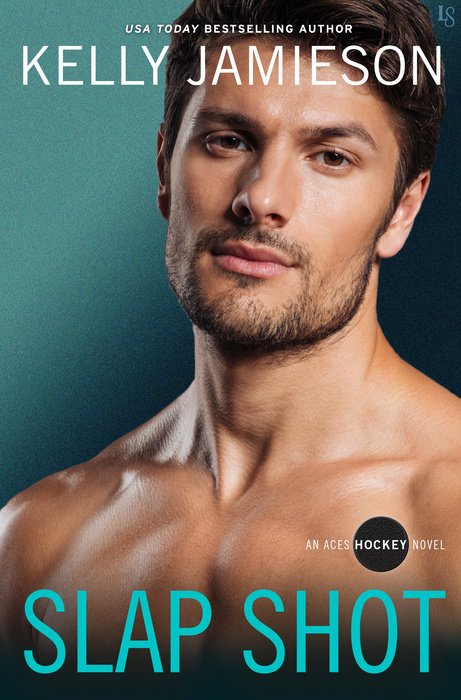