A party girl and a clean-cut college hockey player discover that they’re not so different in this sexy, soulful Bayard Hockey novel from the USA Today bestselling author of the Heller Brothers series.

“Kelly Jamieson is my go-to author for hockey romance.”—Jami Davenport

Ella Verran has three goals this semester: get off academic probation, repair her relationship with her friend Skylar, and take some responsibility for her life. All of which are hard enough without hot, snobby hockey player Ben Buckingham around to distract her. Ella can’t stand Ben, and she knows the feeling is mutual. But he’s best friends with Skylar’s boyfriend, so he’s always around—taunting and tempting Ella in ways she never thought possible.

As the star forward of the Bayard College hockey team, Ben has goals too, like playing well enough to land a spot on an NHL roster. Ben is perfectly poised on the ice, so why can’t he keep his cool around Ella? Her wild behavior rubs him in all the wrong ways—and a few of the right ones. But as they skate around each other, Ben learns that there’s more to Ella than her bad reputation. And when the line between love and hate starts to blur, he can’t resist crossing over and sweeping her off her feet.

Don’t miss any of Kelly’s alluring reads:
The Bayard Hockey series: SHUT OUT • CROSS CHECK
The Last Shot series: BODY SHOT • HOT SHOT • LONG SHOT
The Wynn Hockey series: PLAY TO WIN • IN IT TO WIN IT • WIN BIG • FOR THE WIN
The standalone novel: DANCING IN THE RAIN

“I was really impressed with how Kelly Jamieson pulled off this story. The one word I’d use to describe it? Dynamic. . . . Thank you, Kelly!”—Cover to Cover

“I’m on a Kelly Jamieson streak! Another great one from Ms. Jamieson.”—The Book I Love

“I really enjoy hockey-themed stories . . . add in college . . . and enemies to lovers . . . and this book hit several of my yes tropes. I liked it and definitely recommend.”—Smitten with Reading

“You’ll fall for this enemies-to-lovers story.”—Hypable

“Cross Check was a fun college hockey romance with some intense issues built into it. I loved every moment of it. I respected the way Kelly Jamieson made a fiery romance educational as well. I highly recommend this book to new adult fans out there.”—A Novel Glimpse

An excerpt from Cross Check

I bite my lip as I reread the letter in my hand, my stomach knotting.

At the end of each semester, the Academic Achievement Committee reviews the records of all students and takes appropriate action, including issuing warnings, placing students on probation, granting leaves of absence, advising students to withdraw, or suspending or expelling students.

Sitting on my bed in my room in the house I share with three friends, I drop my chin to my chest and squeeze my eyes shut.

I’ve already read the letter, but I tried to forget about it over the winter break. Now I’m back at college. Classes start tomorrow and shit just got real. I have to meet with my academic adviser next week and figure out how I’m going to pull my grades up.

This has never happened to me before. I may not have been a straight-A student in high school, but I never got below a B. Of course, I had my parents always on my back about getting my homework done, helping me with projects, and looking at every test and paper I brought home.

A knock on my bedroom door has me jerking my head up. I shove the letter under a pillow and call, “Come in!”

The door opens and Skylar bursts in. “Hey, you’re awake.”

“I am.” I make myself smile at her. I’ve been faking smiling through the whole winter break so my family wouldn’t guess how messed up I am. Although yesterday, my brother Gareth had a “big brother talk” with me about my behavior last term, so he suspects. Ugh.

Our housemates, Brooklyn and Natalie, appear in the door too.

“Just got here.” Natalie moves into the room with a big smile that slips as she studies me. “Your aura is looking a little brown. Is everything okay?”

She perches on the side of my bed. “It can mean confusion or discouragement.” She eyes me.

“You usually have such a bright aura,” Natalie continues. “Beautiful bright orange.”

She’s told me that means I am an outgoing social person who likes to party. Which is what got me into this confused and discouraged state. I summon all my energy to try to create a bright orange aura, imagining flames outlining my body. However, it appears I can’t really fake that the way I faked being happy and carefree at home with my family. I need to deflect Natalie’s attention from me. “How’s your aura, Brook?” I joke.

Brooklyn grins, leaning against the door. “Very bright,” she assures me. “Break was good.”

“And we all know Skylar is beaming because she and Jacob are back together,” I add.

Skylar laughs. Yeah, she’s happy. It’s so nice to see. “We’re going ice-skating this afternoon,” she says. “I came to invite you to go with us.”

“Yeah. There’s a pond in Seneca Park that they turn into a skating rink. Jacob thinks it would be fun to go there and skate just for fun.”

Jacob is Skylar’s new boyfriend. They were pretty much inseparable before Christmas, but were apart for a few weeks over the break, so their reunion yesterday was mega-steamy. Now they want to go skating? I’d think they’d want to stay holed up in a bedroom until classes start tomorrow. But Jacob’s a hockey player for the college team, so I guess he likes skating.

“Neither do I, but we can rent them there.”

“I’m not going.” Brooklyn pushes away from the door. “I don’t do cold.”

I look at Natalie. She shrugs. “I might go.”

I debate the invitation. I’m inclined to blow Skylar off. But to do what? I don’t have homework, my mom did all my laundry while I was home for the break, and on a Sunday afternoon I’m probably not going to find a party to distract me from all the shit I want to be distracted from.

A lot of stuff went down last year, and things between Skylar and me were messed up. We’ve been best friends since high school, but last term we had a falling out and for a while we weren’t even speaking to each other. I know it was mostly my fault, and when I finally figured that out, I knew I had to work at repairing my friendship with her. That’s one of my goals for this term, along with bringing up my marks before I get kicked out of school, or my parents find out about my academic probation and drag my butt home.

So because fixing things between Skylar and me is important, I find myself agreeing to go skating.

It turns out Natalie doesn’t come either, so when Jacob picks us up, it’s just Skylar and me. He drives us to the pretty park off the campus of Bayard College. It snowed recently and everything is pristine white, the black tree branches layered with white and the branches of dark evergreens holding big clumps of snow. The sky is clear blue, the sun bright, and it’s hard to feel glum surrounded by so much light and freshness.

We enter a small but tall building with lots of windows. Inside there’s a big stone fireplace and a bunch of picnic tables and benches. Jacob leads us over to a window where we can rent skates. I ask for size eights, hoping there’s room for the thick socks I’ve donned. When I turn around to find a place to sit, I see Jacob’s friend Ben waving at us.

He’s a pompous, pretentious guy who thinks he’s all that, with his designer clothes and perfect hair and all the adulation that goes with being a star hockey player on campus. But even more than that, I despise him because he judges me.

But that’s his problem, because I’m not going to be ashamed of owning my sexuality.

I should have known he’d be coming along with Jacob, since they live together and play hockey together. I look around for Jacob’s other friends, but Ben appears to be alone. Reluctantly, I cross the room toward him.

“Hi.” I take a seat on the bench, not close to him. “Where’s everyone?” Hopefully already out there skating.

“Nobody else wanted to come.” He leans forward, elbows on his knees, already wearing his hockey skates.
Shit. When Skylar said a bunch of people were going skating, I figured I could handle it. Now this is just weird, with two couples, one of them being Ben and me, and we are definitely not a couple.

“How was your winter break?” I ask stiffly, pulling off my boots.

“Not really. But whatever.”

His response makes me pause and flash him a curious look.

“And we had that tournament in Florida,” he adds.

“I heard the Bears were runner-up.”

“Yeah.” He makes a face that clearly tells me he’s not satisfied with being runner-up.

I guess when you’re competitive, you don’t like losing. Ever. “Well, win some, lose some.”

His eyes flash with annoyance. Which makes me want to annoy him even more.

I take in his perfectly tousled brown hair, dark designer jeans, black pea jacket, and the scarf he wears looped perfectly around his neck, looking like he’s here for a fashion photo shoot.

“Do you have a suit and tie under there? Who dresses like that to go skating?” I ask him, waving a hand up and down. In contrast, Jacob is wearing a knit cap and a plaid scarf tucked inside a big thick hoodie over loose, faded jeans.

Ben looks down at himself, then gives me a once-over. “I do,” he says easily. “And I don’t know if you’re one to talk, party girl. Better zip that jacket up or your hooters are going to freeze.”

I glance down at my chest and my cheeks flush hot. My long-sleeved top is low cut, but it’s not like I have a lot of cleavage to worry about, and I brought a scarf too. I bend to wrestle the skates on, a little ashamed of how bad-mannered I am around Ben.

But I’ve been doing a lot of things lately that aren’t me. 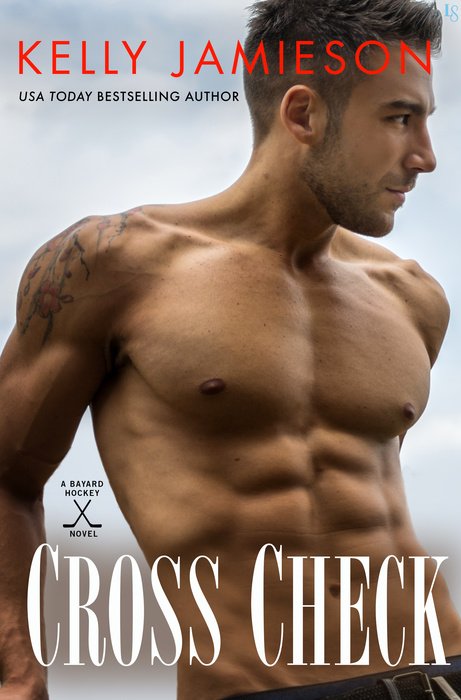