A lovestruck lady charms the duke of her dreams during an expedition on the high seas in this sexy, swashbuckling novel from USA Today bestselling author Bronwen Evans.

Alexander Sylvester Bracken, Duke of Bedford, has a mission: sail to the Mediterranean and track down Lady Hestia Cary’s missing father. It is a straightforward task, but for two rather vexing complications. First, the sea holds painful memories; second, for her own safety, Hestia is to accompany him. As Alex battles the demons of his past, he must also resist Hestia’s surprisingly skillful attempts at seduction. After all, Alex has sworn to leave her untouched, and he intends to honor that vow—until he can properly ask the Earl’s blessing.

Ever since His Grace rescued Hestia from the arms of a Turkish pirate six long years ago, her heart has belonged to Alex. So when he agrees to help find her father, Hestia is thrilled. Although Alex tries to hide it, there’s passion in his eyes—and a frisson of desire in the air—whenever they meet. On board ship, miles from home, Alex won’t be able to deny her any longer. But with scoundrels lying in wait, she may not live to tell the tale of her conquest.

Praise for Addicted to the Duke

“Regency romance fans looking for something just a bit different will adore this one from [Bronwen] Evans.”—Library Journal

“I would happily recommend this book and am looking forward to the next installment!”—Flippin’ Pages Book Review Blog

“No stranger to adventure, Ms. Evans knows how to thrill readers with her courageous heroes and tempting heroines. This time around she steps up her game and sets the action on the high seas. A wounded warrior battles his inner demons while fighting against the advances of a sexy siren on the quest for answers. As the mystery unfolds the seduction begins. Bronwen Evans doesn’t do dull and Addicted to the Duke explains why.”—I Love Romance

“Ms. Evans combines high seas adventure with sizzling romance that will keep you turning pages long into the night. Her books just keep getting better and better.”—Ashlyn Macnamara, author of What a Lady Requires

“I was glued to the pages of Alex and Hestia’s story, from the first page to the last.”—My Book Addiction and More

An excerpt from Addicted to the Duke

It took a minute for Hestia to catch up with the conversation. She saw the fear on her aunt’s face and went cold inside. “If I die before I marry he gets everything.”

“Or he marries you. Either way he’d get hold of your fortune. Marriage would raise fewer questions than father and daughter dying suddenly and close together.”

Alex’s quietly spoken facts unnerved her. “I don’t know what would be the worse fate. Yes I do, marriage to him would be a slow death. I’d never marry him.”

“He’s the type of man that would not give you a choice. He’d coerce you under pain of death, or worse simply hold you captive, marry you, and after a suitable period of time kill you.”

“I cannot guarantee her safety if she stays here. Who would protect us from Fredrick?” Lady Eliza had a good point. “No one is likely to believe our story.”

He ran a hand through his hair. “It’s just as dangerous taking you with me. No. We have to find another way to protect you.”

His words were true.

Hestia knew how lawless the Mediterranean could be. She still had nightmares about the time she was captured by Turkish pirates when she was younger. If Alex hadn’t come for her . . . A shudder wracked her frame.
She did not really want to go back to the Mediterranean. But with Fredrick desperate to ensure her father, or anyone who knew what he had done, did not return to England, she would be putting herself in danger again if she stayed.

Coldness came calling even though the fire was roaring in the grate.

“Is there another way? I assure you I’m keen to find one.”

Her aunt merely shrugged. Alex chewed his bottom lip obviously trying to think of a solution. He stood and began pacing. He stopped and seemed about to speak, but then shook his head. He resumed pacing.

“I could simply go into hiding,” she suggested.

He spun to face her. “Where and with whom? Unless we have a valid reason you’ll be ruined. All sorts of scandal will swirl around you.”

“Can’t we clear that up once Father returns?”

“What if he does not return?” he said bluntly. “No one will believe your story.”

Her aunt began to quietly sob. “Your reputation is already tarnished by your capture. The scandal has finally begun to settle down, and you have been receiving honorable proposals of marriage from fine men. Another scandal would put paid to all your hard work.”

Alex stopped pacing and took his seat. “There is our answer. You must marry.”

In one moment Hestia’s world went from trouble to exquisite joy. But it only took one look to realize he was not proposing himself as the groom.

Her aunt turned appealing eyes her way. “Lord Barratt offered the day before Fredrick’s news of your father’s death. I’m sure he could be persuaded of the need for a special license.”

“No.” This time she said it more firmly.

“Lord Barratt is an honorable man, a bit short of coin, but he doesn’t have any vices I’m aware of.”

“Then you marry the man,” she said, and shivered with revulsion. He was polite, staid, almost as old as her father, and had the terrible habit of chewing his fingernails to the quick.

Accompanying Alex on the journey was looking a far better solution than a lifetime of revulsion.

Plus there was one upside. The thought of spending so much time in close proximity to Alex thrilled her and pushed her fear aside. He would be there to protect her, and this time she would not do anything foolish, like wandering off to swim privately in a deserted white-sand cove.

“This is not getting us anywhere. I can’t protect my niece here. Fredrick is too devious and ruthless. My brother’s friends are long gone, and being in the wilds of Wales is not a safe place to be.”

Alex seemed to consider Lady Eliza’s words. “It’s likely just as dangerous if she comes with me. Look what happened the last time she was in the Mediterranean.”

“I was young and foolish last time. This time I’m older and wiser. I will obey your commands at all times, and when off the ship I could dress as a man.”

He ignored her and spoke to her aunt. “There is one problem. If both Lady Hestia and I leave London at the same time, won’t Fredrick’s suspicions be aroused?” 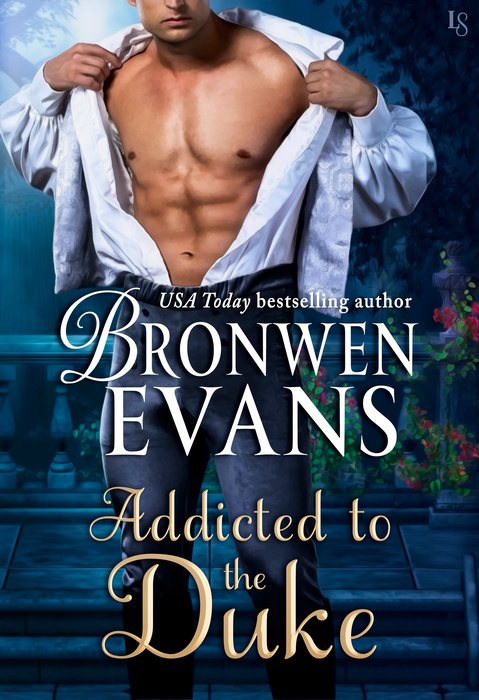