A fiercely independent duchess and a brooding, reclusive earl are tested by the demands of desire in this unforgettable romance from the USA Today bestselling author of A Kiss of Lies and A Night of Forever.

For Rose Deverill, one husband was enough. As the wealthy widow of the Duke of Roxborough, she has cultivated an unsavory reputation meant to discourage wife hunters. Thanks to a string of steamy affairs, Rose is perfectly content to be known by polite society as the “Wicked Widow”—until she’s reunited with the man she fell in love with at age fifteen. Their bedroom encounters are scorching, but it breaks Rose’s heart to wonder whether her reckless behavior ruined her for Philip Flagstaff.

The second son of the Earl of Cumberland, Philip never wanted the title. But after Philip’s older brother, Robert, follows him into the Battle of Waterloo, his worst fears come to pass. Now Robert lies in a soldier’s grave, and Philip is determined never to pass on the inheritance to children of his own. Then Rose appears, soothing the pain with her delightful curves and passionate kisses. The notorious Duchess seems to want nothing from him—and yet Philip has never ached to give a woman more.

Don’t miss any of Bronwen Evans’s enchanting Disgraced Lords novels:
A KISS OF LIES | A PROMISE OF MORE | A TOUCH OF PASSION | A WHISPER OF DESIRE | A TASTE OF SEDUCTION | A NIGHT OF FOREVER | ADDICTED TO THE DUKE | A LOVE TO REMEMBER

Praise for A Love to Remember

“OMG! This book was amazing, it is well written, flows perfectly, has super-hot love scenes, a lot of action, a bit of angst, [and] moments when you want to smack the hero.”—Flippin’ Pages Book Review Blog

“The story is totally engaging and I had a hard time putting it down.”—Guilty Pleasures Book Reviews (five stars)

“A Love to Remember by Bronwen Evans is an awesome read. Ms. Evans has gifted historical romance fans with yet another amazing story.”—Debjonesdiem

“Sizzling romance and page-turning suspense make a read not to be missed! Loved it!”—Maeve Greyson, author of the Highland Heart Series

“With its complex characters, suspenseful plot, and steamy passion, Bronwen Evans’s A Love to Remember should not be missed. Readers will fall in love with Rose and Philip and stay up way past bedtime to cheer for their happily ever after.”—Shana Galen, bestselling author of I Kissed a Rogue

An excerpt from A Love to Remember

Rose Deverill, Duchess of Roxborough, had not always enjoyed sex. Sexual congress with her elderly husband—the man to whom her family had literally sold her—had been something to endure. Then, as a young widow of one-and-twenty, she’d taken her first lover.

Imagine her surprise. Her older brother’s friend, Viscount Tremain, had been a marvelous teacher who had introduced her to a world of desire and pleasure, and she was forever grateful.

But on that same day she’d made a decision. She would never marry again.

Marriage held few advantages for a woman. As a widow, no one told her how to behave, what to wear, what to eat, what to drink, or where she could go. It was a glorious freedom. She had her son, money, and a title. She did not want for anything.

The ton of course did not understand her resolve, or why she would turn down so many eligible proposals. She was still young and beautiful. She needed a man to make her life complete.

But Rose had men—a different man whenever she wanted, in fact. She just didn’t have a husband. Which meant she did not have to put up with a man’s tantrums, his boring displays of jealousy, or worry that she might be left financially ruined by his profligate spending. When a man bored her, she simply sent him on his way. After all, none of them really mattered to her.

The reputation she had crafted and built over the five years of her widowhood—and the double standards of their society—ensured most men would never again look at her as a potential wife. Although she could not guarantee it. Having a title and money forgave many sins.

Now six-and-twenty, Rose could say that she still enjoyed pleasure, the giving and receiving of it—especially the receiving. Who wouldn’t? But she’d learned from her experience of many paramours that not every man was as considerate, or as skilled a lover, as her viscount.

To her consternation, she’d also come to realize that making love was far more fulfilling than simply experiencing pleasure. Lovemaking was the most sensual and exquisite experience a woman could have. It was like touching heaven, and Rose had only ever felt that touch at the hands of one man. And she knew she’d only ever feel that with one man.

Philip Flagstaff, the Earl of Cumberland. 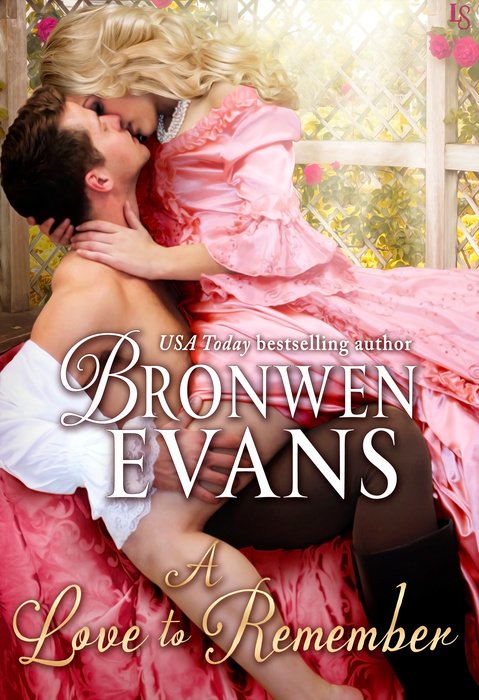