A Birds of a Feather Mystery

Julia Lanchester’s perch is knocked askew when murder hits a little too close to home in this delightful cozy mystery.

Julia Lanchester is flying high. She’s nesting with her boyfriend, Michael Sedgwick, and she’s found her niche as manager of the tourist center in her picturesque British village. Thanks to all her hard work, visitor traffic was up—way up. Her reward is an even more hectic schedule. Michael’s busy, too, traveling all over as the personal assistant to Julia’s father, celebrity ornithologist Rupert Lanchester. With precious little time together, Julia’s romantic weekend with Michael can’t come soon enough.

But the getaway is spoiled when Julia’s ex-husband is found murdered on her boss’s estate. And after a witness reports seeing Michael near the scene of the crime, the press descends, printing lies and wreaking havoc. To protect Julia, Michael vanishes into thin air, leaving her to pick up the slack on Rupert’s show and track down the real killer—even if it means putting herself in the flight path of a vicious predator.

An excerpt from Every Trick in the Rook

A distinctly steamy atmosphere filled the church hall at St. Swithun’s on that early April Thursday evening, created by wet mackintoshes, dripping umbrellas, and leather boots that would not dry out until July, all combined with six oil-filled radiators plugged in along the walls. The aroma of damp wool hung heavily in the air. I had intended to take the chill off and accidentally created a sauna. Despite that, our organizational meeting of the Smeaton-under-Lyme Wednesday Farmers’ Market—its inaugural appearance in a fortnight’s time—had gone well, if overly long. Farmers, cheesemongers, bakers, cider and perry makers, and a host of other food producers had attended so that we could talk through the last details. I glanced at my watch—just gone eleven. My God, don’t these people have homes to go to?

A small woman in the front row raised her hand.

“Julia, have you heard from Health and Safety yet? Our equipment must pass inspection before I begin, and if I don’t start soon, I won’t have enough supply to hand out the free samples at the market, let alone for the grand opening of the shop.”

“Right, Helen, I’ll ring them tomorrow and secure an appointment.” Helen Dunne, proprietor of the village’s first sweets shop, Sugar for My Honey, looked as if she’d never popped a toffee in her entire life, but all of us at the Tourist Information Center had tasted her confections and given her top marks. I, for one, was particularly looking forward to her CocoJava fudge, although my co-workers, Vesta Widdersham and Willow Wynn-Finch, leaned toward the rose-and-lemon Turkish delights.

A clattering of metal folding chairs lifted my heart, as I thought everyone else had finally had enough, too, and had begun to pack it in. But instead of preparing to leave, the crowd pulled back to watch two farmers go at each other like bulls.

“You’ll never get away with it!” the short one shouted, as he threw a punch that made contact with a crunch.
“I’ll not let you steal what I’ve worked my entire life for,” the taller one responded, although thickly, as he covered his nose with one hand. He flew at the first man, they tumbled to the ground, and the pummeling continued.

“Stop it!” I shouted at them. “Stop it this instant!” I ran to them and took hold of the first one I could reach, grabbing the collar of his sweater and wrenching him back hard enough that I heard him gag. We both stumbled into the crowd, and I felt someone catch me before I landed on my bum. I let go of the one farmer and placed myself between them, pointing a finger at each to keep them still.

Bloody asparagus growers. The two of them had been bickering with each other for the past month about who had the right to call himself King of Suffolk Asparagus. I’d tried arbitration, but it hadn’t worked, and I’d had enough.

The little one jumped up as if to continue the scuffle, and the taller one flinched.

“Stop it, the pair of you,” I warned, “or you’ll both be banned from the market from day one.”

“On whose say?” the taller one asked as he wiped a trickle of blood off his lip. “This is the Fotheringill estate, and you’re only the tourist manager.”

“On my say, with the full backing of Lord Fotheringill, as you well know. Shall I ring him now and we’ll just verify that?” I whipped my phone out of my pocket and wiggled it in front of their faces. “Go on, try me—you know I’ll do it.”

The crowd held its breath. I could see Willow off to the side, her eyes wide. At last, the two farmers stuck their hands into the pockets of their grimy denims. Both shrugged.

“Right,” I said, blowing my bangs out of my eyes and straightening my cardigan. “Now, we’ll have no more of this. You two behave, or you’ll find yourselves peddling your spears at the side of the road in Shimpling.”

A Birds of a Feather Mystery 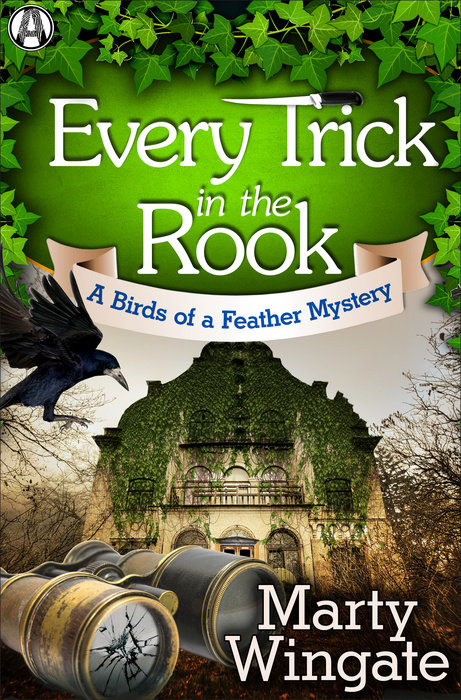