'To me,' D. H. Lawerence once wrote to E. M. forster, 'you are the last Englishman.' Indeed, Forster's novels offer contemporary readers clear, vibrant portraits of life in Edwardian England. Published in 1908 to both critical and popular acclaim, A Room with a View is a whimsical comedy of manners that owes more to Jane Austen that perhaps any other of his works. The central character is a muddled young girl named Lucy Honeychurch, who runs away from the man who stirs her emotions, remaining engaged to a rich snob. Forster considered it his 'nicest' novel, and today it remains probably his most well liked. Its moral is utterly simple. Throw away your etiquette book and listen to your heart. But it was Forster's next book, Howards End, a story about who would inhabit a charming old country house (and who, in a larger sense, would inherit England), that earned him recognition as a major writer. Centered around the conflict between the wealthy, materialistic Wilcox family and the cultured, idealistic Schlegel sisters-and informed by Forester's famous dictum 'Only connect'-it is full of tenderness towards favorite characters. 'Howards End is a classic English novel . . . superb and wholly cherishable . . . one that admirers have no trouble reading over and over again,' said Alfred Kazin.

An excerpt from A Room with a View and Howard's End

'The Signora had no business to do it,' said Miss Bartlett, 'no business at all. She promised us south rooms with a view close together, instead of which here are north rooms, looking into a courtyard, and a long way apart. Oh, Lucy!'

'And a Cockney, besides!' said Lucy, who had been further saddened by the Signora's unexpected accent. 'It might be London.' She looked at the two rows of English people who were sitting at the table; at the row of white bottles of water and red bottles of wine that ran between the English people; at the portraits of the late Queen and the late Poet Laureate that hung behind the English people, heavily framed; at the notice of the English church (Rev. Cuthbert Eager, M.A. Oxon.), that was the only other decoration of the wall. 'Charlotte, don't you feel, too, that we might be in London? I can hardly believe that all kinds of other things are just outside. I suppose it is one's being so tired.'

'This meat has surely been used for soup,' said Miss Bartlett, laying down her fork.

'I want so to see the Arno. The rooms the Signora promised us in her letter would have looked over the Arno. The Signora had no business to do it at all. Oh, it is a shame!'

'Any nook does for me,' Miss Bartlett continued; 'but it does seem hard that you shouldn't have a view.'

Lucy felt that she had been selfish. 'Charlotte, you mustn't spoil me: of course, you must look over the Arno, too. I meant that. The first vacant room in the front--'

'You must have it,' said Miss Bartlett, part of whose travelling expenses were paid by Lucy's mother--a piece of generosity to which she made many a tactful allusion.

'I insist on it. Your mother would never forgive me, Lucy.'

'She would never forgive me.'

The ladies' voices grew animated, and--if the sad truth be owned--a little peevish. They were tired, and under the guise of unselfishness they wrangled. Some of their neighbours interchanged glances, and one of them--one of the ill-bred people whom one does meet abroad--leant forward over the table and actually intruded into their argument. He said:

Miss Bartlett was startled. Generally at a pension people looked them over for a day or two before speaking, and often did not find out that they would 'do' till they had gone. She knew that the intruder was ill-bred, even before she glanced at him. He was an old man, of heavy build, with a fair, shaven face and large eyes. There was something childish in those eyes, though it was not the childishness of senility. What exactly it was Miss Bartlett did not stop to consider, for her glance passed on to his clothes. These did not attract her. He was probably trying to become acquainted with them before they got into the swim. So she assumed a dazed expression when he spoke to her, and then said: 'A view? Oh, a view! How delightful a view is!'

'Ah,' said Miss Bartlett, repressing Lucy, who was about to speak.

'What I mean,' he continued, 'is that you can have our rooms, and we'll have yours. We'll change.'

The better class of tourist was shocked at this, and sympathized with the new-comers. Miss Bartlett, in reply, opened her mouth as little as possible, and said:

'Thank you very much indeed; that is out of the question.'

'Why?' said the old man, with both fists on the table.

'Because it is quite out of the question, thank you.'

Her cousin again repressed her.

'But why?' he persisted. 'Women like looking at a view; men don't.' And he thumped with his fists like a naughty child, and turned to his son, saying, 'George, persuade them!'

'It's so obvious they should have the rooms,' said the son. 'There's nothing else to say.'

He did not look at the ladies as he spoke, but his voice was perplexed and sorrowful. Lucy, too, was perplexed; but she saw that they were in for what is known as 'quite a scene,' and she had an odd feeling that whenever these ill-bred tourists spoke the contest widened and deepened till it dealt, not with rooms and views, but with--well, with something quite different, whose existence she had not realized before. Now the old man attacked Miss Bartlett almost violently: Why should she not change? What possible objection had she? They would clear out in half an hour.

Miss Bartlett, though skilled in the delicacies of conversation, was powerless in the presence of brutality. It was impossible to snub any one so gross. Her face reddened with displeasure. She looked around as much as to say, 'Are you all like this?' And two little old ladies, who were sitting further up the table, with shawls hanging over the backs of the chairs, looked back, clearly indicating 'We are not; we are genteel.'

'Eat your dinner, dear,' she said to Lucy, and began to toy again with the meat that she had once censured.

Lucy mumbled that those seemed very odd people opposite.

'Eat your dinner, dear. This pension is a failure. Tomorrow we will make a change.'

Hardly had she announced this fell decision when she reversed it. The curtains at the end of the room parted, and revealed a clergyman, stout but attractive, who hurried forward to take his place at the table, cheerfully apologizing for his lateness. Lucy, who had not yet acquired decency, at once rose to her feet, exclaiming: 'Oh, oh! Why, it's Mr. Beebe! Oh, how perfectly lovely! Oh, Charlotte, we must stop now, however bad the rooms are. Oh!'

'How do you do, Mr. Beebe? I expect that you have forgotten us: Miss Bartlett and Miss Honeychurch, who were at Tunbridge Wells when you helped the Vicar of St. Peter's that very cold Easter.'

The clergyman, who had the air of one on a holiday, did not remember the ladies quite as clearly as they remembered him. But he came forward pleasantly enough and accepted the chair into which he was beckoned by Lucy.

'I am so glad to see you,&rdquo said the girl, who was in a state of spiritual starvation, and would have been glad to see the waiter if her cousin had permitted it. 'Just fancy how small the world is. Summer Street, too, makes it so specially funny.'

'Miss Honeychurch lives in the parish of Summer Street,' said Miss Bartlett, filling up the gap, 'and she happened to tell me in the course of conversation that you have just accepted the living--'

'Yes, I heard from mother so last week. She didn't know that I knew you at Tunbridge Wells; but I wrote back at once, and I said: 'Mr. Beebe is--'

'Quite right,' said the clergyman. 'I move into the Rectory at Summer Street next June. I am lucky to be appointed to such a charming neighbourhood.'

'Oh, how glad I am! The name of our house is Windy Corner.'

'There is mother and me generally, and my brother, though it's not often we get him to ch-- The church is rather far off, I mean.'

'I am eating it, thank you, and enjoying it.'

He preferred to talk to Lucy, whose playing he remembered, rather than to Miss Bartlett, who probably remembered his sermons. He asked the girl whether she knew Florence well, and was informed at some length that she had never been there before. It is delightful to advise a new-comer, and he was first in the field.

Edward Morgan Forster was born on January 1, 1879, in London and was raised from infancy by his mother and paternal aunts after his father's death. Forster’s boyhood experiences at the Tonbridge School, Kent, were an unpleasant contrast to the happiness he found at home, and his suffering left him with an abiding dislike of the English public school system. At King’s College, Cambridge, however, he was able to pursue freely his varied interests in philosophy, literature, and Mediterranean civilization, and he soon determined to devote his life to writing. His first two novels, Where Angels Fear to Tread (1905) and The Longest Journey (1907), were both poorly received, and it was not until the publication of Howards End, in 1910, that Forster achieved his first major success as a novelist, with the work many considered his finest creation. Forster first visited India during 1912 and 1913, and after three years as a noncombatant in Alexandria, Egypt, during World War I and several years in England, he returned for an extended visit in 1921. From those experiences came his most celebrated novel, A Passage to India, his darkest and most probing work and perhaps the best novel about India written by a foreigner. As a man of letters, Forster was honored during and after World War II for his resistance to any and all forms of tyranny and totalitarianism, and King’s College awarded him a permanent fellowship in 1949. He spent his later years at Cambridge writing and teaching, and died in Coventry, England, on June 7, 1970. His novel, Maurice, written several decades earlier, was published posthumously in 1971. 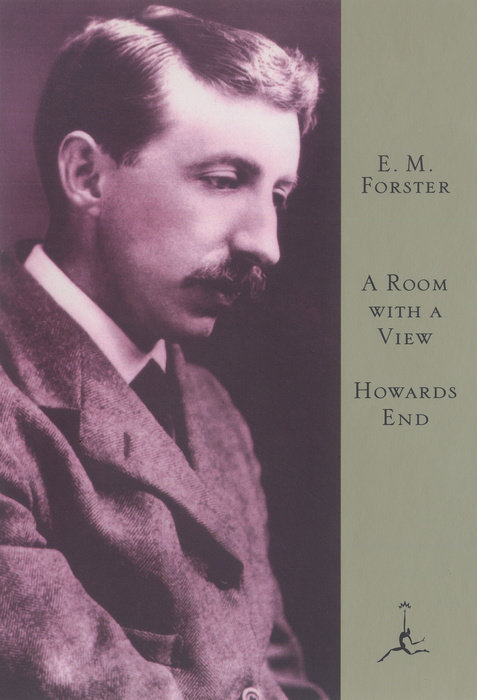