#1 NEW YORK TIMES BESTSELLER • Jack Reacher comes to the aid of an elderly couple . . . and confronts his most dangerous opponents yet.

“This is a random universe,” Reacher says. “Once in a blue moon things turn out just right.”

This isn’t one of those times.

Reacher is on a Greyhound bus, minding his own business, with no particular place to go, and all the time in the world to get there. Then he steps off the bus to help an old man who is obviously just a victim waiting to happen. But you know what they say about good deeds. Now Reacher wants to make it right.

An elderly couple have made a few well-meaning mistakes, and now they owe big money to some very bad people. One brazen move leads to another, and suddenly Reacher finds himself a wanted man in the middle of a brutal turf war between rival Ukrainian and Albanian gangs.

Reacher has to stay one step ahead of the loan sharks, the thugs, and the assassins. He teams up with a fed-up waitress who knows a little more than she’s letting on, and sets out to take down the powerful and make the greedy pay. It’s a long shot. The odds are against him. But Reacher believes in a certain kind of justice . . . the kind that comes along once in a blue moon.

An excerpt from Blue Moon

The guy with the money knew where he was going. That was clear. He didn’t glance around to get his bearings. He just stepped through the depot door and turned east and set out walking. No hesitation. But no speed either. He trudged along slow. He looked a little unsteady. His shoulders were slumped. He looked old and tired and worn out and beaten down. He had no enthusiasm. He looked like he was en route between two points of equally zero appeal.

The guy with the goatee beard followed along about six paces behind, hanging back, staying slow, restraining himself. Which looked difficult. He was a rangy, long-legged individual, all hopped up with excitement and anticipation. He wanted to get right to it. But the terrain was wrong. Too flat and open. The sidewalks were wide. Up ahead was a four-way traffic light, with three cars waiting for a green. Three drivers, bored, gazing about. Maybe passengers. All potential witnesses. Better to wait.

The guy with the money stopped at the curb. Waiting to cross. Aiming dead ahead. Where there were older buildings, with narrower streets between. Wider than alleys, but shaded from the sun, and hemmed in by mean three- and four-story walls either side. Better terrain.

They walked on, single file, spaced apart, oblivious. The first block felt good up ahead and side to side, but behind them it still felt open, so the guy with the beard hung back, until the guy with the money was over the cross street and into the second block. Which looked properly secretive. It was shady at both ends. There were a couple of boarded-up establishments, and a closed-down diner, and a tax preparer with dusty windows.

Reacher guessed the kid would go for it, right there, and he guessed the launch would be prefaced by a nervous glance all around, including behind, so he stayed out of sight around the cross street’s corner, one second, two, three, which he figured was long enough for all the glances a person could need. Then he stepped out and saw the kid with the beard already closing the gap ahead, hustling, eating up the six-pace distance with a long and eager stride. Reacher didn’t like running, but on that occasion he had to.

He got there too late. The guy with the beard shoved the guy with the money, who went down forward with a heavy ragged thump, hands, knees, head, and the guy with the beard swooped down in a seamless dexterous glide, into the still-moving pocket, and out again with the envelope. Which was when Reacher arrived, at a clumsy run, six feet five of bone and muscle and 250 pounds of moving mass, against a lean kid just then coming up out of a crouch. Reacher slammed into him with a twist and a dip of the shoulder, and the guy flailed through the air like a crash test dummy, and landed in a long sliding tangle of limbs, half on the sidewalk, half in the gutter. He came to rest and lay still.

He glanced back. The old guy’s head was up. He was gazing about, panic stricken. He had a cut on his face. From the fall. Or maybe his nose was bleeding. Reacher held up the envelope. The old guy stared at it. He tried to get up, but couldn’t.

He said, “Anything broken?”

The guy said, “What happened?”

“First I need to check you out. I might need to call the ambulance. You got a phone?”

He took a breath and clamped his teeth, and squirmed and thrashed until he rolled over on his back, like a guy in bed with a nightmare.

Reacher said, “Where does it hurt?”

“Regular kind of thing, or worse?”

Reacher got the flat of his hand under the guy’s back, high up between his shoulder blades, and he folded him forward into a sitting position, and swiveled him around, and scooted him along, until he was sitting on the curb with his feet down on the road, which would be more comfortable, Reacher thought.

The guy said, “My mom always told me, don’t play in the gutter.”

“Mine too,” Reacher said. “But right now we ain’t playing.”

He handed over the envelope. The guy took it and squeezed it all over, fingers and thumb, as if confirming it was real. Reacher sat down next to him. The guy looked inside the envelope.

“What happened?” he said again. He pointed. “Did that guy mug me?”

Twenty feet to their right the kid with the goatee beard was face down and motionless.

“He followed you off the bus,” Reacher said. “He saw the envelope in your pocket.”

He said, “I came out the depot right behind you.”

The guy put the envelope back in his pocket.

He said, “Thank you from the bottom of my heart. You have no idea. More than I can possibly say.”

“You saved my life.”

“I feel like I should offer you a reward.”

“I can’t anyway,” the guy said. He touched his pocket. “This is a payment I have to make. It’s very important. I need it all. I’m sorry. I apologize. I feel bad.”

Twenty feet to their right the kid with the beard pushed himself up to his hands and knees.

The guy with the money said, “No police.”

The kid glanced back. He was stunned and shaky, but he was already twenty feet ahead. Should he go for it?

Reacher said, “Why no police?”

“They ask questions when they see a lot of cash.”

“Questions you don’t want to answer?”

The kid with the beard took off. He staggered to his feet and set out fleeing the scene, weak and bruised and floppy and uncoordinated, but still plenty fast. Reacher let him go. He had run enough for one day.

The guy with the money said, “I need to get going now.”

He had scrapes on his cheek and his forehead, and blood on his upper lip, from his nose, which had taken a decent impact.

“You sure you’re OK?” Reacher asked.

The guy couldn’t. Either his core strength had drained away, or his knees were bad, or both. Hard to say. Reacher helped him to his feet. The guy stood in the gutter, facing the opposite side of the street, hunched and bent. He turned around, laboriously, shuffling in place.

He couldn’t step up the curb. He got his foot in place, but the propulsive force necessary to boost himself up six inches was too much load for his knee to take. It must have been bruised and sore. There was a bad scuff on the fabric of his pants, right where his kneecap would be.

Reacher stood behind him and cupped his hands under his elbows, and lifted, and the guy stepped up weightless, like a man on the moon.

Reacher asked, “Can you walk?”

The guy tried. He managed small steps, delicate and precise, but he winced and gasped, short and sharp, every time his right leg took the weight.

“How far have you got to go?” Reacher asked.

The guy looked all around, calibrating. Making sure where he was.

“Three more blocks,” he said. “On the other side of the street.”

The guy set out, heading east as before, at a slow shuffling creep, with his hands out a little, as if for balance. The wincing and the gasping was loud and clear. Maybe getting worse. 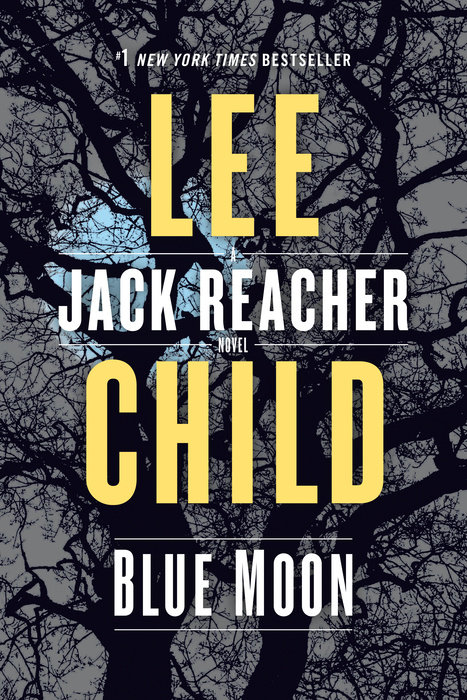