The official novel of the blockbuster film!

OUR WORLD. THEIR WAR.

They once lived on a distant planet, which was destroyed by the ravages of war–a war waged between the legions who worship chaos and those who follow freedom. In search of a powerful energy source that is essential to the survival of their race, they have now come to Earth. They are among us, silent, undetected, waiting to reveal themselves, for good or evil.

The Decepticons will stop at nothing to seize the coveted prize, even if it means the destruction of countless human lives. The only things standing in their way: the Autobots and a handful of determined men and women who realize that when it comes to this advanced race of machines, there is much more than meets the eye. With forces mounting for the ultimate showdown, the future of humankind hangs in the balance.

An excerpt from Transformers

A million years isn’t much, as the galaxy spins. Stars are older. Nebulae are older. Drifting shards of unidentifiable matter and splinters of subatomic particles and wave-form properties we don’t even have names for yet are considerably older still. For human beings, though, a million years is a very long stretch indeed. It’s a small step back in time, but one that extends way past our first feeble scratchings as a civilization, before we could be counted as even moderately intelligent creatures.

There are other entities Out There, however, for whom a million years is a simple, measurable, comprehensible passing of time. Beings made of sterner stuff both mentally as well as materially. Intelligences straightforward yet vast, to whom our petty everyday concerns would be of no more concern than are those of an ant to a strolling human. Sometimes these beings pause to contemplate the universe. Sometimes they raise monuments and works that would stun into permanent silence the most imaginative among us. Sometimes they embark on and bring to fruition good works.

The symbol had not been wrought by the hand of man. Its design was simultaneously infinitely complex, astoundingly beautiful, and clear-cut. Any human sculptors would have been proud to have acknowledged it as their work. Etched into the side of an immense metallic cube, its straight lines and sharp diagonals, its whorls and curves and stylish embellishments, shone beneath the light of distant stars as it tumbled through space.

The symbol was not an isolated example of its type. A second one decorated the metal surface to its right, another to its left. A different symbol gleamed above it and still another kind below. The slowly spinning cube was covered with such metal inscriptions.

There was nothing to indicate why the cube had been created. Nothing beyond surface aesthetics to indicate what its purpose might be, if indeed it had one that extended beyond the mere visual. That it was the product of an immensely advanced intelligence would have been apparent to any sentient being who happened to set eyes upon it. That it represented the supreme power, the ultimate heart of an immensely sophisticated world whose utterly nonhuman inhabitants had all but destroyed themselves in an interminable war between darkness and light, between truth and lies, was perceptible only to those for whom it represented and focused their very life force itself.

Cast out from a world awash in death, catapulted into the emptiness of interstellar space by a convulsion greater than any that had preceded its creation, it now wandered aimlessly across the great glowing spiral of the galaxy as those who had battled over its control fought on even in the absence of that for which they had originally warred. Great cities were obliterated and laboriously rebuilt, whole cultures were swallowed and reborn, as the war dragged on and on—without purpose, without meaning, without end.

For time interminable the artifact tumbled through nothingness—and then a strange thing happened. Out in the vast reaches of interstellar space a minor but significant galactic anomaly occurred. Purely by chance, the great reflective mass of the cube encountered an errant solidity. The glancing collision with this wandering chunk of spatial debris caused the cube’s course to be altered. The adjustment was tiny by galactic standards but substantial by those employed for local measurements. Instead of continuing onward through endless emptiness, the cube’s course was nudged slightly downward into the more crowded region of the galactic plane. Its new path brought it unexpectedly close to a sun. Around this sun orbited planets and planetoids, asteroids and comets.

The cube ought to have been captured and swallowed up by the gravity well of one of the system’s giant gaseous spheres, or by its star. Instead, its altered arc saw it fall within the gravitational influence of a much smaller, far less impressive planet. Unseen and undetected it circled that world, its orbit degrading slowly and gradually, until finally it slammed into the planetary surface with considerable force but far less impact than had the numerous comets and asteroids that had preceded it. Its arrival gouged out no crater and left no scar on the land. No telltale shocked quartz marked its resting place. Its journey through the galaxy had come to an unexpected end.

The cube’s arrival was not noticed, but its purpose was not forgotten. Expelled but unvarying, every thousand local years it sent out a call to those of whom it would always be a part. And every thousand years that automatic, questing electronic shout went unanswered.

Until those to whom its control had been denied at last came looking for it.

The polar gale that howled over the floes and bergs tore through the rigging of the trapped ship like wind-whipped pieces of steel wire. No sleek China clipper, no imposing and heavily armed warship, the ice-heavy vessel bore the stubby, workmanlike lines of a craft designed to carry people and cargo slowly but efficiently from one harbor to the next. It was not fast and it was not pretty, but it could cross difficult seas and bash its way through persistent storms that would force ships far more pleasing to the eye to heave stern-to and turn back.

It could not, however, defeat the ice.

That localized, private, and terribly debilitating battle was left to its tired but resolute crew. With axes and picks and an occasional dose of dynamite they chopped, gouged, and chipped away at the ice pressure ridge that had not only trapped their ship but lifted it up above the waterline. Skittering along the exposed wooden deck, a coil of cold wind wound tight as a tiny tornado danced its way from bow to stern. It swirled around legs swaddled in heavy furs and leather, stung exposed cheeks with an additional dose of Arctic chill, and as if reluctant to leave stole away with the front page of a newspaper that had been inadvertently left lying outside exposed to the elements.

The fragile sheet of crumpled newsprint that was swept over the railing to vanish forever into the white dawn was full of news about the situation in Europe and South Africa, circa last month—more precisely, it bore the date 27 October 1897. Every man aboard was conscious of the time that was passing while they remained marooned in the ice. Every man aboard worked as hard as he could to free the ship lest they miss not so much the coming century as wives and children and sweethearts.

Miniature icicles dripping from his thick beard, a husky figure strode among the men who were hacking at the ice that gripped the vessel’s imprisoned hull and refused to let go. Isolated by the responsibilities of command, buried deep within his warm, protective greatcoat, Captain Archibald Witwicky alternately praised those members of the crew who were working hard while also doing his best to keep up the morale of others whose strength and spirit were beginning to flag.

“Put your backs into it, lads, or we’ll be chopping ourselves a path all the way back to the States!” Lifting his gaze, he squinted at the gunmetal-gray sky and low scudding clouds. The cold wind whistled in his ears, mocking his efforts. Chill and ill, he thought grimly. Damn this early cold snap! Even though the weather had been promising at the time, he knew now that he ought to have turned south a week ago. There was nothing for it but to carry on. Weather was ever immune to hindsight.

Huddled together on the slick ice near the ship’s uplifted stern and out of the wind, the expedition’s huskies began to howl. First one, then another and another raised their muzzles and began to bay. Mournful, querulous cries offered a warm-blooded counterpart to the uncaring wind.

Working nearby, one of the sailors rested his ice axe on the frozen ground and turned to squint into the haze. He was careful not to stare too long. It was well known that some Arctic explorers who had been afflicted with snow blindness never recovered from it.

“Don’t see nuthin’,” the sailor muttered, “but there must be somethin’ out there.”

Ice crystals forming a snowy crust in his eyebrows and beard, his companion nodded knowingly. “Dogs don’t waste energy howlin’ midday for the fun of it.” Turning, he followed his mate’s gaze. “Ice bear?”

Shielding his eyes against the white of the ice, the other man kept trying to see through the wind-driven snow. “In this weather a bear could be close and we wouldn’t see it until it were right on top of us. Unless mebbe … hey!” He took a couple of steps forward.

Without warning the dogs suddenly broke ranks and sprinted off into the haze. Expressions of surprise were joined by frustrated curses as those of the crew near enough to see what had happened raised the alarm. Cursing under his breath when he learned what had happened, Witwicky picked up his rifle and a nearby lantern and gave chase, taking the nearest of the crew with him. They could not afford to lose the dogs. In an emergency they could be hitched to sleds to travel overland in search of help. In the most dire straits, they were also an important source of food. 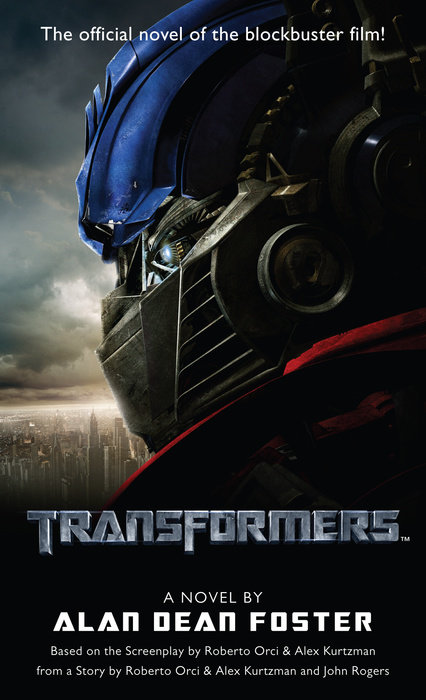