The first human-alien contact. The last word in galactic warfare. The story you must read–before Transformers rockets to the big screen!

A mammoth robotic being, clearly of alien origin, has been found beneath the Arctic ice. Its advanced engineering dwarfs known human technology, and unlocking its secrets will catapult American science eons into the future. In search of the mysterious artifact’s origin, a covert government agency sends the manned craft Ghost 1 on a perilous journey of discovery.

When a mishap maroons Ghost 1 in the far reaches of unknown space, the ship’s distress beacon reaches the very alien race Ghost 1’s crew has been seeking: the Autobots. The gigantic mechanized beings are also on a quest: to find the Allspark, a device crucial to the salvation of their home world, Cybertron. But they’re not alone. The Decepticons, the Autobots’ brutal enemies, have their own sinister purposes in seeking the Allspark. As these adversaries are drawn together once more, the stage is set for a death-dealing new battle in which each is driven by a single-minded aim: total annihilation of the enemy.

An excerpt from Transformers: Ghosts of Yesterday

Standing taller than a thirty-six-story building and weighing six million, seven hundred thousand pounds, in the year 1969 the Saturn V moon rocket was the biggest man-made object ever sent into space. Representing the epitome of human research, it was a technological marvel that awed even those whose dedication and long, hard labor had come together to make it a reality.

No one on Earth suspected that there were forces at work throughout the galaxy, good as well as evil, to whom the massive rocket was nothing more than an oversized firecracker.

Though not the first Saturn V to be launched from Kennedy Space Center, Apollo 11 was special. The three astronauts waiting patiently in the capsule atop what was, after all, little more than a gigantic but hopefully domesticated flying bomb had trained long and hard for the coming mission, but they were still human. They were not machines, and they were certainly not robots. All three of them had families and lives they fully intended to return to. No one doubted the success of the forthcoming venture, but that did not mean they had no qualms. The tons of explosive fuel waiting to be ignited just aft of their backsides were enough to induce second thoughts in even the most highly trained individual.

Too late for any kind of thoughts now except those essential to carrying out the launch. Switches were thrown, readouts checked and rechecked, the primitive computational devices of the late 1960s engaged. Over the craft’s internal speakers the three waiting astronauts could hear the composed voice of Mission Control.

“T minus thirty seconds and counting.” Simple words for some of the most complex coordinated activities humankind had ever attempted. The men on board responded as they had been trained to do.

“Astronauts report all systems check out,” the controller announced. “T minus twenty-five seconds and counting.”

While the men onboard devoted their full attention to their respective instruments, they still managed to find time for personal thoughts. Uppermost among these was the certain knowledge that if the launch failed and the rocket blew, they would likely never know what had happened to them.

“T minus fifteen seconds. Guidance going to internal.” The briefest, most significant of pauses, then, “Twelve, eleven, ten, nine, ignition sequence start, six, five, four, three, two, one, zero. We have ignition of the Saturn Five, we have ignition.”

The kind of rumble one experiences only beneath the center of a supercell thunderstorm erupted from the base of the rocket. It was as if half a dozen tornadoes had been recorded spinning around a common axis. Those observers not stationed at a distance and not wearing suitable protection hastened to cover their ears.

Slowly, with a ponderous grace that was at once a wonder and an impossibility to behold, the entire enormous cylindrical shape began to move. Rising from the launching pad, slowly picking up speed and trailing streamers of white, the Saturn moon rocket climbed skyward with an agonizing steadiness that was a tribute to the thousands of individuals who had worked to make it a reality.

“Liftoff!” The controller was not quite able to contain himself. “We have a liftoff! Thirty-two minutes past the hour, we have liftoff of Apollo Eleven.” Realizing that he had not been cleared to express personal enthusiasm, the controller restrained himself. “The tower has been cleared.”

Outside, man-made thunder sent wading birds in the nearby shallows fleeing in all directions. Bemused alligators ducked underwater while swamp rodents of various species scrambled frantically for cover. Within Mission Control, a new voice and a new controller took over.

Still a third voice added with becoming calm, “Neil Armstrong reporting that we are in the roll-and-pitch program. Apollo Eleven is now on a proper heading, destination—the moon.”

Same year, same day, same time. While the attention of the world was focused on a spit of low, sandy land on the east coast of humid Florida, something remarkably similar was taking place nearly half a hemisphere away. Far, far to the north of the Saturn V launching pad. So far to the north that it was ignored. No one paid any attention to such places. They were the habitat of polar bears and seals, narwhals and arctic hares, howling gales and blinding blizzards.

Located in the high Arctic on an island so rugged and isolated and difficult to reach that it was shunned even by itinerant Inuit hunters, something extraordinary was taking place. At first glance it involved a base and a launching site that would immediately have reminded a startled visitor of the historic event currently unfolding far to the south in Florida. Closer inspection coupled with a little knowledge of rockets and astronautics, however, would have indicated that the major components involved were very different indeed from those located on the Atlantic shore. They looked like nothing that had ever been premiered in magazines such as Aviation Week or Sky & Telescope or even Analog.

Some of them, in fact, looked downright alien.

The ship currently standing on the single camouflaged launching pad resembled the hulking Saturn V moon rocket about as much as a child’s balsa wood glider resembled a jet fighter. It was sleek and winged and boasted only a single stage instead of the Saturn’s three. Assorted decidedly unaerodynamic bulges and accoutrements protruding from its sides hinted at a technology that was tens, perhaps hundreds of years in advance of the best that the Florida facility could send skyward. Even the monitoring equipment within the single low, snow-covered structure that served as local Mission Control was far in advance of anything in use at Kennedy.

Identification of any kind was noticeably absent both within the heated confines of the control station and on the ship itself. Anyone standing outside in the frigid, snow-whipped arctic air might have seen a name on the side of the silently waiting ship: GHOST 1. A concise designation whose full meaning anyone not intimately involved with the highly secret project would have been unable to grasp.

There was a small sign, almost an afterthought, on the main entrance to Mission Control.

Not very informative, that signage. Deliberately so. Not that any unauthorized pedestrians were likely to wander in off the frozen Arctic Ocean and inquire as to its meaning. At least one element of the forthcoming furtive launch would have been familiar, however. Already decades old, the traditional countdown could not be improved upon.

“T minus thirty seconds and counting. SS Ghost reports all systems good to go.” Fighting the chill wind, outdoor observers made last-minute checks of their instruments.

The sound that emerged from the stern of the strange ship was silkier than that produced by the liquid-oxygen–based propellant that powered the Saturn V. This ship was propelled by an entirely different combination of reactants. It showed not only in the different pitch of the engines but also in the fact that there was less fire and smoke. Something radically new was lifting this ship aloft. Something special, secret, and derived from sources outside of and unknown to NASA’s exclusive group of scientists and engineers.

“Propulsion system is a go. We have liftoff.” Even the controller’s voice differed markedly from that of his counterpart at Kennedy. It was as if he was not only an engineer but something more as well. A member of a branch of government whose interests included specialties and endeavors beyond the exploration of space.

“Ghost One is off,” the man declared coolly. “Thirty-two minutes, sixteen seconds past the hour, we have liftoff of Ghost One.” A moment later he added, “The tower is cleared.”

Within the tightly sealed structure, so very different from mission control in Florida, a technician seated at his monitor declared, “Captain Walker is reporting that Ghost is into the roll-and-pitch program.”

Watching his own screen, the tech next to him murmured softly, “If all preparatory calculations prove out, that should put Ghost One on a heading and departure well away from Apollo Eleven.”

Standing between them, an older man let his attention wander from one monitor to the next. He was nodding to himself as he spoke. “So far, so good. While the world is transfixed by Apollo, our ship will slip away unnoticed.” He smiled. “Like a ghost through the atmosphere. Every telescope on Earth will be watching the moon rocket.” Straightening, he called across to another technician. “Inform headquarters the baby bird that hatched last year has finally spread its wings. Send the relevant details maximum-encrypted.”

There was a lot more room on the advanced prototype called Ghost than on the Apollo. Smothered in their launch seats, the three astronauts presently bound for the moon would have been astonished at the other vessel’s comparatively spacious interior. Blasting through the atmosphere, the clandestine craft left behind the familiar bounds of Earth as it soared spaceward.

Every possible precaution notwithstanding, a pair of amateur astronomers did take notice of the launch. One was located near Kiruna, Sweden, and the other just outside Moose Jaw, Canada. The first was convinced he was drunk and disregarded what he saw through his telescope. The second received a visit from several members of a branch of the Royal Canadian Mounted Police that by all accounts did not actually exist. There was talk of meteors. There was mention of a visit to a certain mental institution. Something was said to both sky-watchers about confiscation of equipment in the name of national security. 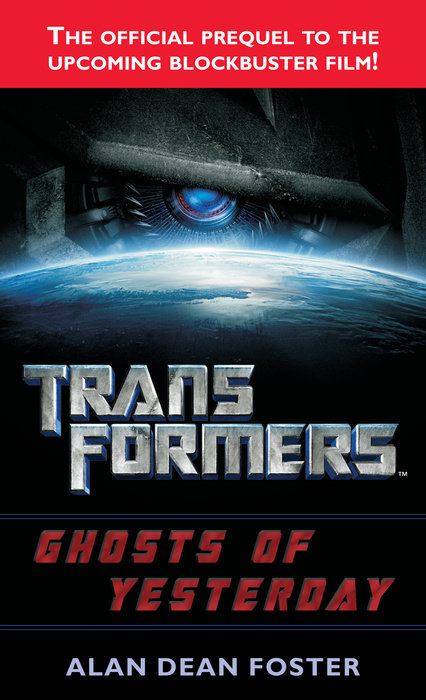