THE EPIC SAGA THAT INSPIRED THE APPLE TV+ SERIES FOUNDATION

At last, the costly and bitter war between the two Foundations has come to an end. The scientists of the First Foundation have proved victorious, and now they return to Hari Seldon’s long established plan to build a new Empire on the ruins of the old. But rumors persist that the Second Foundation is not destroyed after all—and that its still-defiant survivors are preparing their revenge. Now two exiled citizens of the Foundation—a renegade Councilman and a doddering historian—set out in search of the mythical planet Earth . . . and proof that the Second Foundation still exists.

Meanwhile someone—or something—outside of both Foundations seems to be orchestrating events to suit its own ominous purpose. Soon representatives of both the First and Second Foundations will find themselves racing toward a mysterious world called Gaia and a final, shocking destiny at the very end of the universe.

An excerpt from Foundation's Edge

The First Galactic Empire was falling. It had been decaying and breaking down for centuries and only one man fully realized that fact.

He was Han Seldon, the last great scientist of the First Empire, and it was he who perfected psychohistory-the science of human behavior reduced to mathematical equations.

The individual human being is unpredictable, but the reactions of human mobs, Seldon found, could be treated statistically. The larger the mob, the greater the accuracy that could be achieved. And the size of the human masses that Seldon worked with was no less than the population of all the inhabited millions of worlds of the Galaxy.

Seldon's equations told him that, left to itself, the Empire would fall and that thirty thousand years of human misery and agony would elapse before a Second Empire would arise from the ruins. And yet, if one could adjust some of the conditions that existed, that Interregnum could be decreased to a single millennium-just one thousand years.

It was to insure this that Seldon set up two colonies of scientists that he called "Foundations." With deliberate intention, he set them up "at opposite ends of the Galaxy." The First Foundation, which centered on physical science, was set up in the full daylight of publicity. The existence of the other, the Second Foundation, a world of psychohistorical and "mentalic" scientists, was drowned in silence.

In The Foundation Trilogy, the story of the first four centuries of the Interregnum is told. The First Foundation (commonly known as simply "The Foundation," since the existence of another was unknown to almost all) began as a small community lost in the emptiness of the Outer Periphery of the Galaxy. Periodically it faced a crisis in which the variables of human intercourse-and of the social and economic currents of the time-constricted about it. Its freedom to move lay along only one certain line and when it moved in that direction, a new horizon of development opened before it. All had been planned by Han Seldon, long dead now.

The First Foundation, with its superior science, took over the barbarized planets that surrounded it. It faced the anarchic warlords who broke away from the dying Empire and beat them. It faced the remnant of the Empire itself under its last strong Emperor and its last strong general-and beat it.

It seemed as though the "Seldon Plan" was going through smoothly and that nothing would prevent the Second Empire from being established on timeand with a minimum of intermediate devastation..

But psychohistory is a statistical science. Always there is a small chance that something will go wrong, and something did-something which Han Seldon could not have foreseen. One man, called the Mule, appeared from nowhere. He had mental powers in a Galaxy that lacked them. He could mold men's emotions and shape their minds so that his bitterest opponents were made into his devoted servants. Armies could not, would not, fight him. The First Foundation fell and Seldon's Plan seemed to lie in ruins.

There was left the mysterious Second Foundation, which had been caught unprepared by the sudden appearance of the Mule, but which was now slowly working out a counterattack. Its great defense was the fact of its unknown location. The Mule sought it in order to make his conquest of the Galaxy complete. The faithful of what was left of the First Foundation sought it to obtain help.

Neither found it. The Mule was stopped first by the action of a woman, Bayta Darell, and that bought enough time for the Second Foundation to organize the proper action and, with that, to stop the Mule permanently. Slowly they prepared to reinstate the Seldon Plan.

It is now four hundred and ninety-eight years after the First Foundation had come into existence. It is at the peak of its strength, but one man does not accept appearances-- 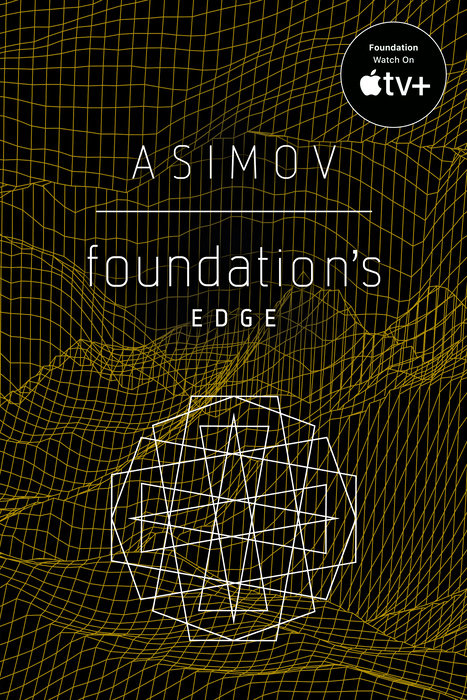