Bubble Tea and Beyond

A beautifully photographed and designed cookbook and guide to the cultural phenomenon that is boba, or bubble tea--featuring recipes and reflections from The Boba Guys tea shops.

Andrew Chau and Bin Chen realized in 2011 that boba--the milk teas and fruit juices laced with chewy tapioca balls from Taiwan that were exploding in popularity in the States--was still made from powders and mixes. No one in the U.S. was making boba with the careful attention it deserved, or using responsible, high-quality ingredients and global, artisanal inspiration. So they founded The Boba Guys: a chic, modern boba tea shop that has now grown to include fourteen locations across the country, bringing bubble tea to the forefront of modern drinks and bridging cultures along the way.

Now, with The Boba Book, the Boba Guys will show fans and novices alike how they can make their (new) favorite drink at home through clear step-by-step guides. Here are the recipes that people line up for--from the classics like Hong Kong Milk Tea, to signatures like the Strawberry Matcha Latte and the coffee-laced Dirty Horchata. For the Boba Guys, boba is Taiwanese, it's Japanese, it's Mexican, it's all that and more--which means it's all-American.

An excerpt from The Boba Book

There’s never been a book about boba from a mainstream Western publisher. You’re reading the first one. When we started selling boba at a pop-up in 2011, we pulled what we could from blogs and YouTube videos to make our first drinks, like the classic milk tea. But as we grew and experimented with our own increasingly ambitious boba creations, we knew that there had to be a book one day—and we knew we could write it.

It’s for boba lovers and boba newbies alike. While this book is littered with boba culture references, we want it to feel at home in any café (not just boba shop) in America. It’s a little more culturally immersive than a Panda Express, but it’s one heck of a ride.

This chapter gives you the brass tacks, the 4-1-1, the essential lowdown on what you need to know—and what we wish we could have found in a book when we first started out.

Who made the first cup of boba?

We don’t know that anyone truly knows.

This is what we can all agree on: Boba represents thousands of years of history and culture-bridging stirred together into a single drink. You take a classical tea preparation from ancient China and India, add milk and sugar in the 18th-century European tradition, and drop in tapioca balls, made from a root native to Brazil but popularized in snow ice desserts in 1980s Taiwan. So we can also pretty much agree that it was in Taiwan that someone put all that history into a single cup.

The rub lies in this next part, the competing origin stories of where the O.G. boba milk tea was first served in the 1980s. Was it Chun Shui Tang, the venerable Taichung-based restaurant chain? Or was it Hanlin Tea Room, in Tainan? We’ve been in the boba business for almost a decade, so we thought we could be Sir ­Walter Raleigh on the expedition to find El Dorado . . . the DJ Kool Herc of boba milk tea.

We started by visiting the original Chun Shui Tang on a hot, humid July afternoon.

CST, founded in 1983, feels more like a Western-style restaurant than most of Asia’s current drinks hot spots, which are mostly busy street stalls or in malls. At 2 p.m., it’s packed with families seated in wooden booths beneath decorative lanterns, the tables crowded with teas. It smells like a spa (in a good way). The CST menu claims it to be “the creator of pearl milk tea,” which is OK, but also “the origin of handmade drinks,” which seems . . . dubious?

As we sat there, nursing our teas in large milkshake glasses, We tried to email Hanlin Tea Room’s representatives. We couldn’t wait to crack the case, like two Encyclopedia Browns Yellows.

After a half hour of pleasantries and kissing each other’s asses, we finally took a breath and went for it: “Do you really think you invented boba milk tea?”

Yu Ching Wu dodged the question of whether CST actually invented boba milk tea . . . again and again. She talked about how they were inspired by seeing people in Japan putting ice in coffee back in 1983, then decided to try it with their milk tea. OK, so we have the story of the cold part of the drink . . . was this going to take forever? “But what about the balls??” we asked, desperate for the truth. We almost slammed the table like Tom Cruise in A Few Good Men.

And this is when the world parted. It’s like that moment when Snoop Dogg’s voice pops into “California Girls” with Katy Perry. We had to rewind this part of the conversation over and over.

As the kids say, we were shook.

She explained: Maybe they did it first, maybe Hanlin Tea Room did it first. But what mattered to them was that CST made it popular. They took it global. In the sweetest Asian gangster tone, she said, “This is how we see food. It’s about consistency and doing it best, not about who did it first.”

In that moment, we realized something crucial: Maybe being Run DMC is better than being DJ Kool Herc. The perfecter, the next-leveler, may be more important than the originator.

What’s Up With the Name “Boba”?

“Boba” refers to those little chewy, dark tapioca balls you’ll see in our drinks. It can be singular or plural, like many of our favorite words.

But when we say “boba” in this book, we’re often talking about the whole drink, not just the balls. As in, “Let’s go grab boba after work.” That’s how we grew up using the word. And boba doesn’t necessarily have to have tapioca pearls in it—it could be a different topping, or even no topping. (Yes, the word “topping” is also confusing because they tend to sink to the bottom, but what are you going to call them, “fillings?”) The Mandarin phrase yin liao, which translates as “beverages,” is kind of analogous to how we use “boba” in this way.

And speaking of being stuck with our name . . . there’s a whole other layer to this.

ANDREW: My mom’s Taiwanese, right? So when I told my mom I was starting a company called Boba Guys, I thought she’d be proud that I was promoting something from her native country. But “Andrew, Boba Guys?!” she screamed at me over the phone. “Boba Guys??”

I had no idea what she was upset about. But it turns out that back in the 1980s and ’90s, “boba” was Taiwanese slang for big boobs. There was even a whole fan culture around large-chested female actresses called “boba girls.”

But we’d already designed our logo and brand ID. We were beyond the point of no return for the name. We were the Boobs Guys. I had no idea. And it was only while we were writing this book that I finally got to ask Bin, “Hey, when did you know what it meant in slang?”

BIN: Oh, I knew the whole time. Since I was a kid.

ANDREW: Dude, way to leave me hanging with my mom! Thankfully it’s a little outdated as slang at this point and in Taiwan, boba is now commonly known as zhenzhu—“pearls.”

The Drinks You’ll Find in a Boba Shop

Milk tea is the staple flavor combo in almost every boba shop in the world. It originally came from either Hanlin Tea Room or Chun Shui Tang, and it proliferated across Taiwan in the 1980s and ’90s. The basic milk teas are traditional staple teas such as black tea (like an English breakfast tea), green tea, or even oolongs. But the basic idea is the same: you mix tea and milk (or nondairy creamer) together.

A subset of milk teas, with the most notable difference being the ratio of milk to tea. Lattes, as the name would suggest, are mostly milk. They often take the form of matcha lattes in boba shops, although more shops in the U.S. are bringing other traditional Asian ingredients over to flavor these drinks. Sometimes in this book we use “latte” to refer to trending café drinks that are more akin to what you might know as a smoothie. You’ll see Ube Lattes, Sweet Potato Lattes, and Red Bean Lattes in this category.

Most boba shops do see themselves as tea shops, so you’ll often see several varieties of tea, like High Mountain Oolong, Ruby Jade, or Ceylon tea, freshly brewed, on the menu. These differ from normal iced teas in American cafés in that these teas are usually more specialized or exotic. You don’t see a lot of boba shops selling straight English breakfast hot tea.

Over the past decade, a bit of a fruit tea renaissance has been emerging across all boba shops.

Historically, fruit teas were flavored with syrups, but recently more boba shops are raising the quality of an average drink, so we now see natural fruit paired with a tea base, such as a jasmine or light oolong tea.

This is an emerging style of milk tea featuring a rich topping that is a cross between whipped cream and buttercream spread. It’s often made with cream cheese, so some of the drinks are called “cheese teas.” Derivatives now include Crème Brûlée Teas and “Cake” Teas, which use an even thicker milk topping. You enjoy these drinks by sipping on the tea through the bottom of the straw while poking around for creamy pockets that slowly mix into the tea.

This is what started everything. Take what is basically a simple British milk tea and put a Taiwanese dessert into it. Nothing fancy. But it’s unmistakable. The classic combination of sweetened black tea, milk, and tapioca balls is the very definition of bridging cultures with a drink.

Bubble Tea and Beyond 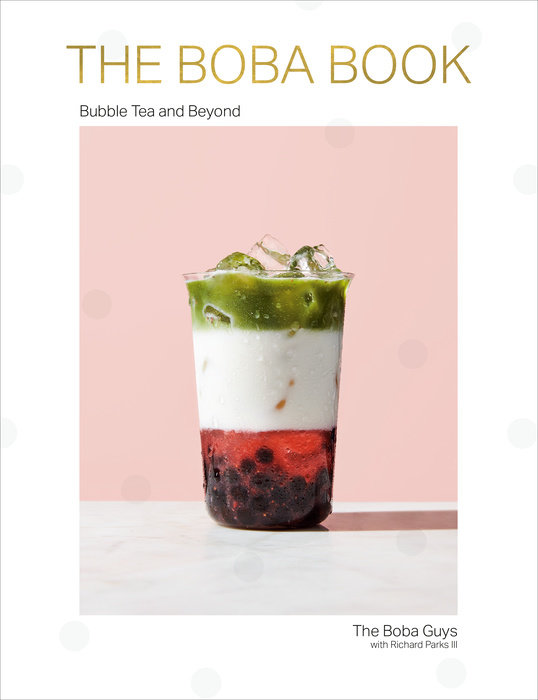