Some Kind of Wonderful, Almost Paradise, Cindy and the Prince

Debbie Macomber dazzles with delightful twists on three classic fairy tales in this enchanting ebook bundle: Beauty and the Beast in Some Kind of Wonderful, Snow White in Almost Paradise, and Cinderella in Cindy and the Prince.

SOME KIND OF WONDERFUL

Preschool teacher Judy Lovin doesn’t want anything to do with the family fortune. But with her father’s empire on the verge of collapse, Judy suddenly finds herself negotiating with John McFarland, a smart, rugged man who takes what he wants, and what he wants is Judy. Surprised by her attraction to him, Judy agrees to his terms: alone time with him at his island getaway, where she discovers that his rough edges soften in the magic of the moonlight—and John comes to believe in the one thing he convinced himself he could never have: love.

A mountain cabin. A moonlit night. And not a stepmother around to spoil the moment. For Sherry White, this camp is almost paradise. With seven mischievous girls in her cabin, she barely has time to ogle the camp director, who may be the most gorgeous man Sherry’s ever met—and the most serious, too. When Jeff Roarke founded his camp for gifted children, he had a vision of rigorous self-improvement. But Sherry’s insistence that kids need to let loose and play—not to mention have a perfect kiss under the stars—is messing with his agenda, his head . . . and his heart.

CINDY AND THE PRINCE

Cindy Territo indulges in the occasional fantasy as she cleans offices to put herself through school. When she finds a discarded ticket to a company holiday party in the office of sexy corporate VP Thorne Prince, Cindy decides that every girl deserves to be treated like a princess at least once in her life. At the party, Thorne hadn’t planned to stay long, but he’s blown away by a dazzling mystery woman. As the clock strikes midnight, Thorne goes along with the charade, biding his time until the passion they share reveals the truth he knows deep down: He’s met the woman of his dreams.

An excerpt from Fairytale Romance: A Collection of Debbie Macomber Classics

Chapter 1 of Some Kind of Wonderful

“Once upon a time in a land far away,” Judy Lovin began in a still, reverent voice. The intent faces of the four-year-olds gathered at her feet stared up at her with wide-eyed curiosity. Hardly a whisper could be heard as Judy continued relating the fairy tale that had stirred her heart from the moment she’d first heard it as a youngster no older than these. It was the story of Beauty and the Beast.

Today, however, her thoughts weren’t on the fairy tale, which she could recite from memory. As much as she was trying to focus her attention on her job, Judy couldn’t. She’d argued with her father earlier that morning, and the angry exchange troubled her. She rarely disagreed with her father, a man she deeply loved and respected.

Charles Lovin was an outspoken, opinionated man who headed one of the world’s most successful shipping companies. At the office he was regarded as demanding but fair. At home, with his family, Charles Lovin was a kind and generous father to both Judy and her older brother, David.

The teacup had clattered sharply when he’d placed it in the saucer that morning. “All those years of the best schooling, and you prefer to work as a preschool teacher in a day-care center.” He’d said it as though she was toiling among lepers on a South Pacific island instead of on the peaceful Upper East Side of Manhattan.

“You could have any job you want!” he’d snapped.

His unprovoked outburst surprised Judy, and she’d answered quietly, “I have exactly the job I want.”

He slapped the table, startling her. Such behavior was uncommon—indeed, unheard of—in the Lovin household. Even her brother couldn’t disguise his shock.

He used his affectionate name for her. She’d loved the fairy tale so much as a child that her father had given her the name of the princess. Today, however, she felt more like a servant than royalty. She couldn’t recall a time when her father had looked at her in such a dictatorial manner. Swallowing a sip of tea, she took her time answering, hoping to divert the confrontation.

She was a gentle soul, like her mother, who had died unexpectedly when Judy was in her early teens. Father and daughter had grown close in the years that followed, and even during her most rebellious teen period, Judy had hardly ever argued with him. And certainly not over something like this. When she’d graduated from the finest university in the country at the top of her class, she’d gone to work as a volunteer at a local day-care center in a poor section of town. She’d come to love her time with the preschoolers. Charles hadn’t objected then, or when she’d been asked to join the staff full-time, although her pay was only a fraction of what she could make in any other job. But after all these months, it seemed unfair that her father should suddenly object.

“Father,” she said, forcing herself to remain calm. “Why are you concerned about the day-care center now?”

He’d looked tired and drawn and so unlike himself that she’d immediately been worried.

“I’d assumed,” he shouted, his expression furious, “that, given time, you’d come to your senses!”

Judy attempted to disguise a smile.

“You have a degree from one of the finest universities in this country. I expect you to use the brain the good Lord gave you and make something of yourself.”

“Try living off what you make taking care of other women’s children and see how far that gets you in this world.”

She touched her mouth with her linen napkin and motioned with her head to Bently, who promptly removed her plate. The English butler had been with the family since long before Judy was born. He sent her a sympathetic look. “Do we need the money, Father?” she asked.

In retrospect, she realized she probably shouldn’t have spoken in such a flippant tone. But to hear her father, it sounded as if they were about to become destitute.

Charles Lovin completely lost his temper at that, hitting the table so hard that his spoon shot into the air and hit the crystal chandelier with a loud clang, shocking them both.

“I demand that you resign today.” And with that, he tossed his napkin onto his plate and stormed from the room.
Judy sat for a long moment as the shock settled over her. Gradually the numbness subsided and she pushed back her genuine Queen Anne chair. All the furniture in the Lovin home had been in the family for generations. Many considered this a priceless antique; Judy considered it a dining room chair.

Bently appeared then, a crisp linen towel folded over his forearm. He did love ceremony. “I’m sure he didn’t mean that, Miss.” He spoke out of the corner of his mouth, barely moving his lips. It had always amused Judy that Bently could talk like that, and she assumed he’d acquired this talent from years of directing help during dinner parties and other formal gatherings.

He winked then, and Judy returned the gesture. By the time she arrived at the day-care center, she’d put the thought of resigning out of her mind. Tonight, when she got home, her father would be his kind, loving self again. He would apologize for his outrageous tantrum and she would willingly forgive him.

“Miss Judy, Miss Judy!” Tammi, a lively little girl, jumped to her feet and threw her arms around her teacher’s neck. “That’s a beautiful story.”

Judy returned the wholehearted hug. “I love it, too.”

“Did Beauty and the Beast love each other forever and ever?”

“Did they have lots of little beasts?”

“I’m sure they did, but remember, the Beast wasn’t a beast any longer.”

“Beauty’s love turned him into a handsome prince,” Jennifer exclaimed, exceedingly proud of herself.
Bobby, a blond boy with pale blue eyes, folded his arms across his chest and looked grim. “Do you know any stories about policemen? That’s what I want to be when I grow up.”

Judy affectionately ruffled the little boy’s hair. “I’ll see if I can find a story just for you tomorrow.”

“Now,” Judy said, setting the book aside, “it’s time to do some finger painting.”

A chorus of cheers rose from the small group and they scurried to the tables and chairs. Judy stood up and reached over her head to the tall cupboards for the paper and paints.

“You know what I love most about the Beast?” Jennifer said, lagging behind.

“What’s that?” Judy withdrew an apron from the top shelf and tied it around her waist. Her brown hair fell in soft curves, brushing her shoulders, and she pushed it back.

“I love the way Beauty brought summer into the Beast’s forest.”

“It was her kindness and gentleness that accomplished that,” Judy reminded the little girl.

“And her love,” Jennifer added, sighing.

“And her love,” Judy repeated.

Some Kind of Wonderful, Almost Paradise, Cindy and the Prince 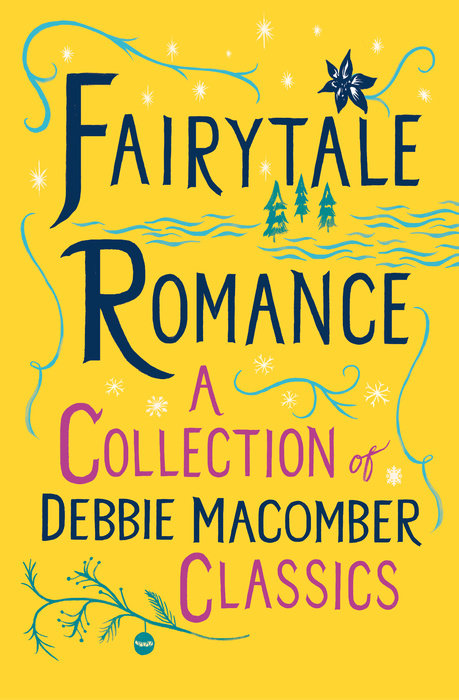