NATIONAL BESTSELLER • The fate of the Chiss Ascendancy hangs in the balance in the epic finale of the Star Wars: Thrawn Ascendancy trilogy from Timothy Zahn.

For thousands of years the Chiss Ascendancy has been an island of calm, a center of power, and a beacon of integrity. It is led by the Nine Ruling Families, whose leadership stands as a bulwark of stability against the Chaos of the Unknown Regions.

But that stability has been eroded by a cunning foe who winnows away trust and loyalty in equal measure. Bonds of fidelity have given way to lines of division among the families. Despite the efforts of the Expansionary Defense Fleet, the Ascendancy slips closer and closer to civil war.

The Chiss are no strangers to war. Their mythic status in the Chaos was earned through conflict and terrible deeds, some long buried. Until now. To ensure the Ascendancy’s future, Thrawn will delve deep into its past, uncovering the dark secrets surrounding the ascension of the First Ruling Family. But the truth of a family’s legacy is only as strong as the legend that supports it. Even if that legend turns out to be a lie.

To secure the salvation of the Ascendancy, is Thrawn willing to sacrifice everything? Including the only home he has ever known?

The Vigilant was three minutes from its destination, and Admiral Ar’alani was starting to wonder if her ship would be ready when they arrived when Senior Captain Kiwu’tro’owmis finally returned to the bridge. “Sorry about the delay, Admiral,” Wutroow said as she crossed to Ar’alani’s command chair. “Breacher One really didn’t want to be fixed. But we persuaded it.”

Ar’alani looked over at the weapons status board. The number one breacher missile launcher still showed red . . . flicked to green. “Excellent,” she told Wutroow. “Be sure to log a commendation to the repair team. It’s never a good idea to head into a situation with one hand stuck in your pocket.”

“Yes, ma’am,” Wutroow said. “Though if I may, I’m still not entirely clear as to what you’re expecting the situation to be.”

“Because I’m not entirely clear about it myself,” Ar’alani confessed. “It’s just something about that last Nikardun base that still bothers me.”

“Which part?” Wutroow asked. “The lead time the attackers needed to set up that slow-approach asteroid attack? Or the fact that the base was too big to have been a listening post or anything else on Yiv’s lists?”

“Both, plus something else I can’t put my finger on,” Ar’alani said. “I’m hoping I’ll recognize it when I see it.”

“Let’s also hope the Council won’t be annoyed with us for taking this little side trip,” Wutroow warned. “We’re already way beyond the time limit Ba’kif gave us for checking out Sunrise. Even Thrawn’s already made it back from his pirate search, and you know how long he takes when he’s on the hunt. And we still don’t know why our friends with the Battle Dreadnought are so interested in this place.”

“It has to have something to do with the mining operation Senior Warrior Yopring spotted,” Ar’alani said. “The amount of activity down there already tells us something big is happening. Add in the fighters who chased him away, and I’d say we’ve got it pinpointed.”

“Unless we’ve got two different groups in play,” Wutroow pointed out. “The miners and the Battle Dreadnought could be fighting each other. But I suppose that’s unlikely. My main concern is that even if we agree that the mines are the focal point, we don’t know what’s down there.”

“Right, but digging doesn’t always mean mining,” Wutroow said. “It could also be something the inhabitants deliberately buried that someone else wants to dig up.”

Ar’alani frowned. That possibility hadn’t occurred to her. “You mean like some weapon or artifact?”

“That’s what I was wondering,” Wutroow said. “It’s not like we haven’t run into things like that before. Senior Captain Thrawn, for one, has almost made a second career of digging them up.”

“Though not literally digging them up,” Ar’alani pointed out. “Usually they’ve been sitting out in the open ready to be walked off with.”

“Maybe we’ll get to pick up this one,” Wutroow said with a wry smile. “Maybe you can work a deal with Thrawn. He gets the stuff that’s aboveground, you get the stuff you have to dig for.”

“I’ll be sure to bring that up next time I see him,” Ar’alani promised, looking at the chrono. Almost there. “Prepare for breakout,” she called, raising her voice so that the entire bridge could hear her. “And be ready.” She gestured an invitation to Wutroow. “Senior Captain?”

The star-flares collapsed to stars; and as it had once before, the Vigilant found itself floating among the scattered debris of the demolished Nikardun base.

“Any identification?” Ar’alani asked, frowning at the tactical. Two of the ships were relatively small, while the third was much larger with the typical shape of a freighter.

“I’d say the latter, Admiral,” Biclian said. “There are some spots along the ventral plane that look like mounting nodes. The two smaller ships . . . definitely warships. Patrol ships at least; possibly destroyers.”

Ar’alani scowled. Under normal circumstances, a Nightdragon man-of-war like the Vigilant could defeat a pair of patrol ships practically in its sleep.

Unfortunately, the situation here wasn’t normal. The Vigilant and Senior Captain Lakinda’s Grayshrike had taken on that unidentified Battle Dreadnought over Sunrise, and even with Lakinda handing over all her remaining breacher missiles and plasma sphere fluid before she headed back to the Ascendancy, Ar’alani was still severely underarmed.

Up to now the Vigilant had been lucky. Ar’alani’s investigation of the devastated planet had reached her chosen end point without drawing enemy attention or interference. But that luck might be about to run out. “Any idea if they’ve spotted us?” she asked.

“No indication of it,” Biclian said. “They seem to be concentrating on whatever they’re doing at the base.”

“Admiral, we have activity,” Junior Commander Stybla’rsi’omli spoke up urgently from the comm station. “Tight-beam laser transmission; we’re just catching the edge of it.”

Ar’alani nodded, wincing. For Larsiom to be picking up the edge of a laser transmission, the intended recipient must be almost directly behind them. “Full barriers,” she ordered. “Octrimo, yaw ninety degrees starboard.”

“Yes, ma’am,” Mid Commander Droc’tri’morhs confirmed from the helm. The electrostatic barriers came up, and the collection of debris outside the viewport spun sideways as the Vigilant rotated—

“Incoming!” Oeskym snapped, his warning punctuated by a blaze of light as the Vigilant’s spectrum lasers flashed out at the pair of missiles streaking toward them. “Patrol cruiser—mark it as Bogey One—coming in fast from behind us.”

“Defensive fire; lasers only,” Ar’alani ordered, looking at the tactical. The Vigilant could run its lasers indefinitely, but had only six breacher missiles and enough fluid for twenty plasma spheres. That wasn’t nearly enough to go toe-to-toe with a patrol cruiser and a pair of patrol ships.

Which just meant she would have to get creative.

“Oeskym, have the thrusters in Breachers One and Two disabled,” she told the weapons officer. “As quickly as possible. Let me know when they’re ready.”

“Yes, ma’am,” Oeskym said, frowning at his board but knowing better than to question his commander in the middle of a battle. “Techs are on it.”

“Remind them that neatness doesn’t count,” Ar’alani said. “Octrimo, some mild evasive maneuvers—keep us clear of their missiles, but don’t move us out of this general area. Biclian?”

“Patrol ships have been alerted, Admiral,” the sensor officer reported. “Designating as Bogeys Two and Three. Still hugging the base, but they’re turning weapons toward us.”

“Let me know if they start moving.” On the tactical, Bogey One was accelerating toward them and had now launched another pair of missiles. At this range the Vigilant’s lasers had enough time to take them out, but if the attacker got close enough that window would close and Ar’alani would be forced to use her limited supply of breachers or plasma spheres to protect her ship. “Oeskym?”

Finally. “Drop them out of their tubes,” she told him, giving the tactical another look. “Octrimo, as soon as they’re clear of the hull, get us moving toward the base and Bogeys Two and Three. Again, minor evasive, but don’t stray far from the direct vector.”

“And stand by aft lasers,” Wutroow added as the Vigilant turned away from the incoming patrol cruiser and started accelerating toward the wrecked base. 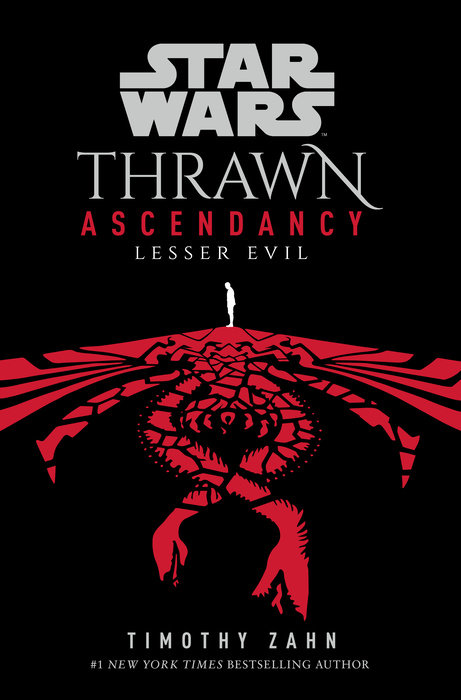