In this emotional novel from #1 New York Times bestselling author Debbie Macomber, one woman must learn to rely on her own strength as a single parent—until her husband returns out of the blue, forcing her to make an impossible decision.

Realtor Lanni Matthiessen has adjusted to life without her estranged husband, Judd. Two years ago, despite the cozy life they’d built in a Seattle suburb, he grew restless and left, their happiness short-lived. Now Lanni strives to give their beloved daughter, Jenny, enough love for two parents, having returned all of Judd’s letters unopened. Hearing from him was just too painful, and eventually, the letters stopped.

The last thing Lanni expects is to see Judd again—but one fateful day, he reappears, eager to be a father to Jenny. So why, when she should detest the man she’d once loved, can’t she bring herself to shut him out for good?

An excerpt from All Things Considered

Lanni Matthiessen dropped a quarter into the machine and waited for the thick, black coffee to pour into the paper cup. It would be another late night at John L. Benton Realty and the coffee would have to hold her until she had time to squeeze in dinner. A frown compressed her brow. This would be the third evening this week that she wouldn’t be eating with Jenny, her four-year-old daughter.

Carrying the steaming cup of coffee back to her desk, she sat and reached for her phone, punching out the number with practiced ease.

Her sister answered on the second ring. “Jade here.”

“Lanni here.” She smiled absently. Lanni’s sister was oftentimes as fun-loving as her four-year-old daughter. Jade picked up Jenny from the daycare center and then stayed with her until Lanni arrived home.

“Don’t tell me you’re going to be late again,” Jade said and groaned.

Lanni’s frustration echoed her younger sister’s. “I just got a call from the Baileys. They want to come in and put down earnest money on the Rudicelli house.”

“But, Lanni, this is the third night this week that you’ve been working late.”

“If this gets any worse I might as well move in with you.”

“You know I’d like it if you did.” If Jade were there, the nights wouldn’t be so lonely and she wouldn’t have to listen to her own thoughts rummaging around in her troubled mind.

Looping a thick swatch of honey-colored hair around the back of her ear, Lanni released a tired sigh. “I shouldn’t be too late. An hour, maybe two. Tell Jenny I’ll read her favorite bedtime story to her when I get home.”

“Do you want to talk to her? She’s swinging in the backyard.”

“No.” Lanni shook her head as she spoke. “Let her play. But be sure to tell her how much I love her.”

“I will. Just don’t be too late. If you leave me around here long, I’ll start daydreaming about food and before I know what’s come over me, I’ll be eating.”

Lanni’s sister continually struggled with her excess weight. She claimed there wasn’t a diet around that she hadn’t tried. Lanni had watched her sister count calories, carbohydrates, grams, and chocolate chips, all to no avail. She wished she could lose those extra fifteen pounds for Jade: Her problem was just the opposite—too many missed meals and too little appetite left her as slender as a reed. She preferred to think of herself as svelte, but even Lanni admitted that she’d look better carrying a few extra pounds. When Judd had lived with them, she’d had plenty of reason to cook decent meals . . .

Momentarily, she closed her eyes as the rush of remembered pain washed over her. Two years had passed and she still couldn’t think of Judd without reliving the hurt and regrets of his departure. With no more reason than he felt it was time to move on, Judd had expected her to uproot their lives and follow him to only God knew where. Even Judd didn’t know where he was headed. Lanni had refused—one of them had to behave like an adult. She wouldn’t leave her family and everything she held dear to traipse around the world with Judd as though life were some wild adventure and the whole world lay waiting to be explored. Judd had responsibilities, too, although he refused to own up to them.

In the end he’d given her no option but to file for a divorce, and yet when she did, he hadn’t bothered to sign the papers. Lanni hadn’t pursued the issue, which only went to prove that the emotional bond that linked her to Judd was as strong as it was when he left. She recognized deep within her heart that her marriage was dead, only she hadn’t fully accepted their failure; she had no intention of remarrying. Some people fit nicely into married life; Lanni just wasn’t one of them. Marriage to another man was out of the question. The thought of suffering through that kind of emotional warfare again was beyond consideration. She’d been married once and it was enough to cure her for a lifetime. She had Jenny, and her daughter was the most important person in her life.

The intercom on her desk buzzed and the receptionist’s voice announced, “The Baileys are here.”

“Thank you, Joan. Could you send them in?”

Lanni took the first sip of her coffee, and her long, curling lashes brushed her cheek as she attempted to push the memories to the back of her mind. She wished she could hate Judd and cast him from her thoughts as effectively as he’d walked out on her and Jenny. But part of him remained with her every day as a constant reminder of her life’s one colossal failure . . . her marriage.

Setting aside the cup, she stood and forced a smile as she prepared to meet her clients.

By the time Lanni pulled into her driveway in Burien, a suburb of south Seattle, it was after seven. Everything had gone smoothly with the Baileys and Lanni experienced a sensation of pride and accomplishment. The Bailey family had specific needs in a new home and Lanni had worked with them for several weeks in an effort to find the house that would fulfill their unusual requirements.

Now she prepared herself to meet Jenny’s needs. A four-year-old had the right to expect her mother’s undivided attention at the end of the day. Unfortunately, Lanni wanted to do nothing more than relax and take a nice hot soak in the bathtub. She would, but not until after she’d read to Jenny as she’d promised and tucked her daughter in for the night.

A note on the kitchen counter informed her that Jade had taken the little girl for a walk. No sooner had Lanni finished reading the message when the screen door swung open and her young daughter came roaring into the kitchen. Chocolate ice cream was smeared across her face and Jenny broke into an eager grin as she hurried toward her mother.

“How’s my girl?” Lanni asked, lifting the child into her arms and having trouble finding a place on the plump cheek that wasn’t smudged with chocolate.

“Auntie Jade took me out for an ice-cream cone.”

Jade followed on her heels, her face red from the exertion of chasing after a lively four-year-old. “I thought the exercise would do me good. Unfortunately, some internal homing device led me to a Baskin-Robbins.”

“I couldn’t help it,” she pleaded, her hazel-green eyes rounding. “After eating tofu on a rye crisp for dinner, I felt I deserved a reward.”

In spite of her effort not to, Lanni laughed. “The ice cream isn’t going to help your diet.”

“Sure it is. Jenny and I walked a good mile. According to my calculations, I could have had a double-decker for the energy expended in the walk.”

“You did eat a double-decker, Aunt Jade.”

Placing her hand on her hip, Jade looked at the little girl and shook her head. “Tattletale.”

“Oops.” Jenny placed her small hand over her chocolate-covered mouth. “I wasn’t supposed to tell, was I?”

“I’ll forgive you this time,” Jade said seriously, but her eyes sparkled with laughter.

Taking out a fresh dishcloth, Lanni wet it under warm water from the kitchen faucet and proceeded to wipe off Jenny’s face. Jenny squirmed uncomfortably until Lanni completed the task. “Isn’t it time for your bath, young lady?”

Lanni found it a little unusual that Jade lingered through Jenny’s bath and storytime, but was grateful for the company and didn’t comment. She found her sister in the kitchen after Jenny was in bed.

“Did you have a chance to eat?” Jade asked, staring into the open refrigerator.

“Not yet. I’ll scramble some eggs later.”

“Sure you will.” Jade closed the refrigerator and took a seat at the kitchen table, reaching for a saltine. She stared at the intricate holes, then set the cracker aside.

“You know,” Lanni commented, hiding a smile. “It suddenly dawned on me. For all your dieting, you should be thin enough to dangle from a charm bracelet.”

“Should be,” Jade grumbled. As if to make up for lost time, she popped the saltine into her mouth.

Lanni laughed outright and reached for the box, tucking it back inside the cupboard to remove temptation. Without bothering to ask, she poured her sister a cup of spiced tea and delivered it to the table.

“She talks about him all the time. Surely you’ve noticed.” 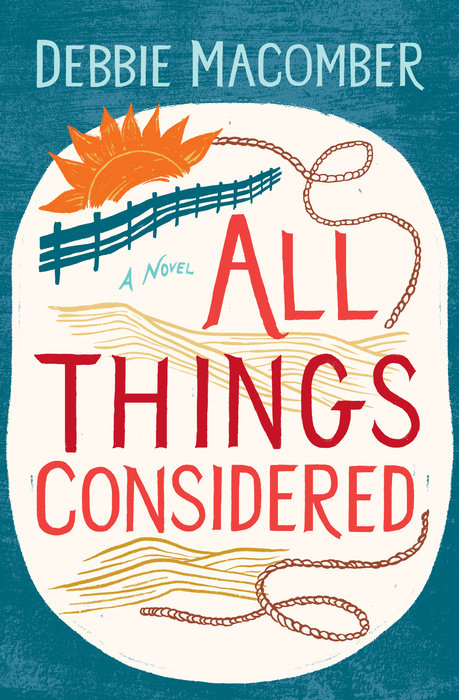