Caroline Lomax is eager to exercise her civic duty and report for jury duty. However, when she sees a familiar face on her first day, she is near certain that she has come face to face with Ted Thomasson, the thorn in her side throughout high school—and the last person she’d want as a fellow juror.

Ted still seems to relish in making Caroline squirm, but he shocks Caroline when he declares that he’s always harbored feelings for her. Just as she attempts to make sense of it all, they’re both selected for the same case . . . and as things intensify in and out of the courtroom, it becomes clear that Caroline has an enormous decision to make.

An excerpt from Jury of His Peers


There was something vaguely familiar about him. Caroline Lomax’s gaze was repeatedly drawn across the crowded room where the prospective jury members had been told to wait. He sat reading, oblivious to the people surrounding him. Some were playing cards, others chatting. A few were reading just as he was. It couldn’t be Theodore Thomasson, Caroline mused, shaking her head so that the soft auburn curls bounced. Not “Tedious Ted,” the childhood name she had ruthlessly given him because of his apparent perfection. The last time she’d seen him had been the summer when he was fifteen and she was fourteen, just before her father’s job had taken them to San Francisco. It wasn’t him; it couldn’t be. First off, Theodore Thomasson wouldn’t be living on the West Coast, and second, she would have broken out in a prickly rash if he were. Never in her entire life had she disliked anyone more.Determined to ignore the man completely, Caroline picked up a magazine and idly flipped through the dog-eared pages. If that was Theodore, which it obviously couldn’t be, then he’d changed. She would never openly admit that he was handsome back then. Attractive, maybe, in an eclectic way. But this man…If it was Theodore, then his eyes were the same intense blue of his youth, but his ears no longer had the tendency to stick out. The neatly trimmed dark hair was more stylish than prudent, and if Tedious Ted was anything, he was sensible, levelheaded, and circumspect. And rational. Rational to the point of making her crazy. Admittedly, her own father was known to be rational, practical, and at times even parsimonious. As the president of Lomax, Inc., the fastest-growing computer company in the world, he had to be.

The thought of her stern-faced father produced an involuntary smile. What a thin veneer his rationality was, at least where she and her mother were concerned. He loved his daughter enough to allow her to be herself. Caroline realized that it was difficult for him to accept her offbeat lifestyle and her choice to go to culinary school with the intent of becoming a chef, not to mention that she’d opted for a lower standard of living than what she was accustomed to. She knew he would rather see her in law school. Regardless, he supported her and loved her, and she adored him for it.

A glance at the round clock on the drab beige wall confirmed that within another fifteen minutes the prospective jurors would be free to go. Her first day of jury duty had been a complete waste of time. This certainly wasn’t turning out as she’d expected. Her mind had conjured up an exciting murder trial or at least a dramatic drug bust. Instead, she’d spent the day sitting in a room full of strangers, looking for a way to occupy herself until her name was called for a panel.

Fifteen minutes later, as they stood to file out of the room, Caroline toyed with the idea of saying something to the man who resembled Theodore, but rejected the idea. If it was him, she decided, she didn’t want to know. In addition, she needed to hurry to the Four Seasons Hotel. Her dad had a business meeting in Seattle with an export agency, and her mother had come along to visit Caroline, a plan that was derailed when fate decreed that Caroline would spend the day in a crowded, stuffy room being bored out of her mind. Tonight the three of them were going out to dinner. From the restaurant they would take a cab, and she would see her parents off on a return flight to San Francisco.

At precisely five, she walked down the steps of the King County Courthouse and glanced quickly at the street for the bus. She swung her backpack over her shoulder and hurriedly stepped onto the sidewalk. Thick, leaden gray clouds obliterated the March sun, and she shook off a sensation of gloom and oppression. This feeling had been with her from the moment she’d walked into the jury room, and she suspected that it didn’t have anything to do with the early spring weather.

A few minutes later she smiled at the doorman in the long red coat, who held open the heavy glass doors of the posh hotel. Moments later she stepped off the elevator, knocked, and was let into her parents’ suite.

Ruth Lomax glanced up from the knitting she was carrying, and her eyes brightened. Her bifocals were perched on the tip of her nose, so low that it was a wonder they didn’t slip completely free. “How’d it go?” she asked, as she sat back down.

“Boring,” Caroline answered, taking the seat opposite her mother. “I sat around all day, waiting for someone to call my name.”

A smile softened her mother’s look of concentration. There was only a faint resemblance between mother and daughter, which could be attributed mostly to their identical hair color. Although Ruth’s was the deep combination of brown and red that was sometimes classified as chestnut, Caroline’s was a luxuriant shade of brilliant auburn. Other similarities were difficult to find. A thousand times in her twenty-four years, Caroline had prayed that God would see fit to grant her Ruth’s gentle smile and generous personality. Instead, she had been pegged a rebel, a nonconformist, bad-mannered, and unladylike—all by her first-grade teacher. From there, matters had grown worse. In her junior year she was expelled from boarding school for impersonating a nun. Her father had thrown up his hands at her shenanigans, while Ruth had smiled sweetly and staunchly defended her. Ruth seemed to believe that Caroline could have a vocation for the religious life and the family shouldn’t discount her interest in this area. Caroline was wise enough to smother her giggles.

“You know who I thought I saw today?”

“Who, dear?” Folding her glasses, Ruth set them aside and gave her full attention to her daughter."

“Mom!” Caroline exclaimed. “He was boring.”

“Boring?” Ruth Lomax looked absolutely shocked and smiled gently. “Caroline, I don’t know what it is you have against that boy. You two never could seem to get along.”“Being with him was like standing in a room and listening to someone scrape their nails down a blackboard.” Irritated, Caroline yanked the backpack off and tossed it carelessly aside. “I suppose you’re going to want me to wear a dress tonight.” Her usual jeans and T-shirt had been a constant source of aggravation to her father. However, tonight Caroline wanted to keep the peace and do her best to please him.

Ruth ignored the question, her look thoughtful as she set aside her knitting. “He was always so well-mannered. So polite.”

“Stuffy is the word,” Caroline interjected. “It’s the only way to describe a fifteen-year-old boy who takes dancing lessons.”

Caroline opened her mouth to object, then closed it again, not wishing to argue. As a boy, Theodore had been so courteous, charming, and full of decorum that she’d thought she would throw up.

“He was thoughtful and introspective. As I recall, you were dreadful to him that last summer.”

Caroline shrugged. Her mother didn’t know the half of it.

“Sending him all those mail-order acne medications was outrageous.” She wasn’t able to completely disguise a smile. “Cash on delivery at that. How could you, Caroline?”

“I wanted him to know what it was like not to be perfect in every way.”

“But his skin was flawless.”

“That’s just it. The guy didn’t have the common decency to have so much as a pimple.” 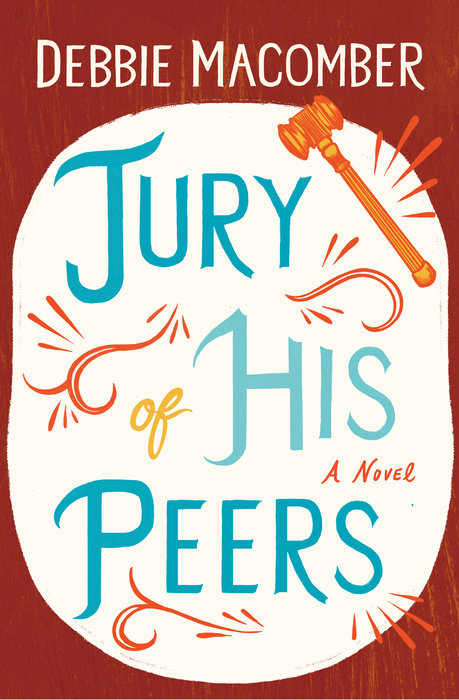