Mace McLain is the hottest young gun at Wall Street's last great independent baking firm. Now he's just been named co-manager of a multibillion-dollar "vulture fund," an ultra-risky real estate scheme preying on naïve investors. The powerful senior partner is willing to bet the bank on it. So is Kathleen Hunt, a gorgeous investment banker with high-level contacts. What do they know that he doesn't?

With the help of a beautiful graduate student named Rachel Sommers, McLain follows a bizarre trail that stretches from the jungles of Latin America to Washington and the secret councils of the CIA . . . where deception shadows his ever move—and where even the most irrefutable evidence can't diminish his deadly risk. . . .

An excerpt from The Vulture Fund

The woman leaned back against the large granite boulder and gazed up at the thousands of black, leafless branches above her. They formed millions of intricate geometric shapes—like cobwebs—against the dark gray winter clouds beyond. She shivered. It was late afternoon, and she was freezing, tired, and hungry. What a mistake this had been.

The woman glanced slowly away from the eerie shapes above and toward her husband of three weeks. He was squatting in the snow, hunched over a topographic map, gnawing on a candy bar. He didn’t know where they were. He had uttered the same words at least once an hour since early this morning.

Three days ago they had somehow missed a marker on the Appalachian Trail and had been wandering through the backwoods of West Virginia since, completely lost. They might be a mile from the trail or they might be twenty miles from it. For three days they had climbed mountain after mountain, pausing only long enough at the bottom of each valley to sip water from the stream that inevitably lay at the base of each peak, before scaling the next one. She shook her head. “You don’t have any idea where we are. How could I possibly have let you talk me into a hiking trip as our honeymoon? I could be lying on the beach on St. Thomas right now, being served pina coladas by a nice man in a white dinner jacket. But no, I’m lost somewhere north of Sugar Grove, West Virginia, freezing my behind off.”

“And a nice little behind it is.” He smiled at her.

“Yeah, well, you’re not going to see any more of it as long as we’re out here in the middle of nowhere. I’ve had enough tent sex in the last three weeks to last me a lifetime.” She rubbed her aching knees.

The man watched her hands work for a moment, then refocused on the map. “Give me just a bit longer to get my bearings; then we’ll start moving again. I’m going to have us back on the trail by this evening. Promise.”

The woman groaned. She didn’t want to find the trail. She wanted to find a nice hot tub and lie in it for two or three hours.

“Just a few more minutes,” the man said, more to himself than to her.

The woman turned and began climbing carefully up the side of a huge boulder. She was athletic, and in a few seconds she had scaled the thirty-foot outcrop. It was a remarkable view of the Appalachian Mountains from the precipice, and had they not been lost, she would have enjoyed it immensely. They had ample food supplies and were in no real danger, but suddenly she wanted to get back to civilization.

Far below and to the north the woman noticed a gaping wound in the side of a large hill. “Must be an old coal mine,” she remarked to herself. Five days ago the old man behind the counter at the grocery store in Sugar Grove had told them that mining was about the only thing that kept the people in this area employed anymore. Even that revenue stream was drying up now. She wished she could turn back time to the day they had gone into that store for supplies. She would have insisted that they rent the nearest car available, drive directly to the closest airport, and fly to the Caribbean.

The woman removed a small pair of high-powered binoculars from her jacket and brought them to her eyes. Tucked beneath the hillside next to the mine were several large buildings that appeared to be abandoned and in varying states of disrepair and decay. Her breath rose before the binoculars. Just as she was about to replace the field glasses into her jacket pocket, she noticed several figures moving together alongside one of the buildings. Her spirits rose instantly. They had somehow stumbled onto civilization or at least people who would know how to get back to it. In a few hours they would be out of these damn woods and on their way to warmer latitudes.

The woman adjusted the focus of the glasses and watched intently as the figures moved past the buildings far below. Suddenly she pulled the glasses away from her face, then quickly back to her eyes one more time. Each of the figures appeared to be holding a gun. And not some run-of-the-mill hunting rifle. She had been around guns all her life—her father was an avid hunter—and those were not hunting rifles. She could not be certain from this distance, but they seemed to be assault weapons. “Jesus!”

“Did you say something, sweetheart?” the man called from below.

The woman replaced the binoculars in her coat and moved back down the rock quickly. She jumped the last several feet into the six-inch-deep snow. Her husband rose from his squatting position as she neared.

“It looks like—” But she did not finish the sentence.

The bullet entered the man’s head from the back and exited just above his right eye. His skullcap exploded  immediately, and fragments of brain matter, blood, and bone shot thirty feet into the air, spraying the trees and the snow with a fine red mist. As she watched in horror, what little remained of his face toppled forward with the rest of his body into the fresh white powder. The woman attempted to scream, but nothing came to her lips. It was as if her throat had suddenly become locked in the jaws of a steely vise.

Almost immediately another bullet sliced through the cold air, its high-pitched whine creating a sickening echo among the trees. The bullet barely grazed her right arm, but its tremendous force still knocked her backward into the snow. A searing pain burst through her body.

“Oh, my God.” She scrambled to her feet and, holding her right hand in her left, began to run away from the spot where her husband had fallen. Whoever had pulled the trigger had not hit her husband by accident. Or her. The odds were too long that a second shot would hit her as well. They had been standing at least fifteen feet apart. This was not a case of mistaken identity, not a case of an intoxicated hunter somehow mistaking them for deer. The shots were meant to kill them. But why?

The mountainside suddenly fell away sharply beneath her boots, and she tumbled down the slope. Tears streamed down her cheeks even as she fell. God, her husband’s face had been there one second, smiling at her, and then it had exploded before her eyes the next. Now they were after her. She could feel them behind her. She sensed their pursuit. And she was leaving obvious tracks in the snow for them to follow.

A tree trunk stopped her fall abruptly as she slammed into its wide base. The impact knocked the breath from her lungs, but she barely noticed the pain. Survival adrenaline pumped through her body, effectively anesthetizing her.

For several moments she lay on her side next to the tree, deathly still, clutching her useless arm to her body, listening for any sounds of pursuit. But there were no sounds save a gentle breeze moving through the upper branches of the forest.

Finally the woman rolled onto her back and gazed at the gray sky. In fifteen minutes it would be dark enough to make following her tracks much more difficult, dark enough to escape. If she could just reach a stream that was not yet frozen over, she could walk in it for a distance, leaving no tracks, and lose them. The boots were waterproof and would protect her from the icy water. Then she would make it back to civilization. She was going to make it out of here. She was.

The woman rose unsteadily, using the tree for support, and again began to move down the hillside, maintaining her balance as best she could. Several times she slipped and fell, ten or twenty feet in a second, falling hard on the injured arm. But she managed not to scream despite the intense pain, knowing that if she yielded to the urge to cry out, she would give away her position immediately.

At last she reached the bottom of the mountain. For a few moments she lay next to a large rock, quietly catching her breath, listening intently for any sound. There was nothing but the wind in the trees. Perhaps she had somehow avoided whoever had killed her husband and wounded her. Perhaps they had lost her trail in the fading light. Perhaps she really was going to elude them. But there was no time to rest. She had to keep going. 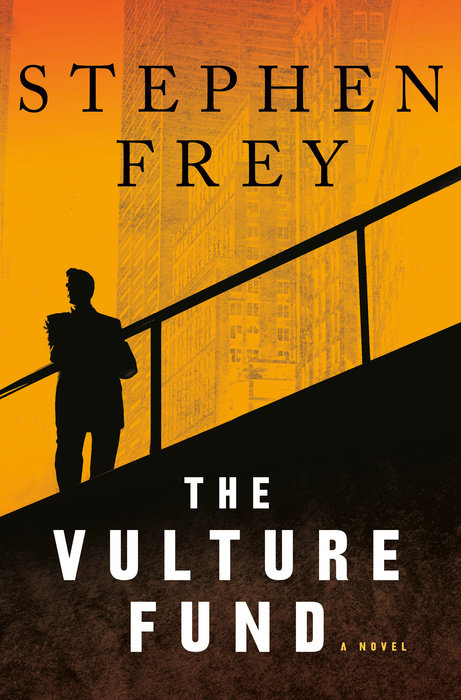