“Comparisons of Frey to Grisham and Clancy are apt—he's got the same ability to mesmerize his readers with fast-moving action, gripping intrigue, and larger-than-life characters.”—Booklist

Bond trader Cole Egan is on the edge of financial and professional ruin when he receives a surprising inheritance. His estranged father left him a key to a safe-deposit box. Inside the box is a videotape of the John F. Kennedy assassination—filmed from the other side of Dealey Plaza—proving beyond a doubt that there was a second gunman on the infamous “grassy knoll.”

It is a revelation that could shake the nation to its core. A prize worth millions to the person who possesses it. A secret that some will kill to keep. . . .

An excerpt from The Legacy

Her real name was Mary Thomas, which she knew wasn’t a tag likely to attract the eye of a fast-track Hollywood producer with time in his day for only a cursory scan of a casting sheet. So now she went by Andrea Sage.

A Manhattan native, Andrea had fled the city after completing her studies at N.Y.U., intent upon escaping a tyrannical father obsessed with the idea of her following his footsteps onto Wall Street. She had no desire to commit herself to a lifetime of dealing stocks and bonds. So, the morning after graduation, she slipped out of her parents’ Upper East Side penthouse, emptied the trust account her grandparents had set up for her on her tenth birthday, caught a taxi to La Guardia Airport and flew to Los Angeles in search of stardom on the silver screen. Andrea was young and beautiful and, at the tender age of twenty-one, ready to conquer the world.

Six months had elapsed since her freedom ride to the West Coast aboard the Pan Am jet, and things hadn’t progressed as quickly as she had anticipated. Her beauty had landed her a few bit parts in low-budget films. However, the roles were nothing to write home about—and she still hadn’t. Her mother had no idea where her only child had gone, and Andrea was beginning to feel guilty about not at least calling to say she was safe.

An unusually cool and rainy autumn had transformed Los Angeles from a sunny sanctuary into a depressing land of exile. So on a whim, to try to forget about the looming inevitability of crawling back to Manhattan to face her triumphant father, Andrea took a few days off from her waitressing job at the Beverly Hills Bistro and bought a plane ticket to Texas. She wanted a respite from her cramped studio apartment overlooking the back of a Chinese restaurant, a chance to explore another area of the country—and to see this man who had so captivated the public.
Andrea squinted through the lens of the Bell & Howell movie camera she had purchased the day before, practicing with it before the event began. She stood near a small tree, a few feet from a reflecting pool’s retaining wall, and aimed to her right, where a crowd was milling about in front of a tall building on the other side of the intersection. Then she panned left and followed the pavement as it snaked away toward the triple underpass at the far end of the plaza. This would be the motorcade’s route.

As she gazed at the underpass, Andrea heard a buzz ripple through the onlookers. She glanced back to her right and saw flashes of the motorcade approaching. Once more she aimed up Elm Street at the people standing in front of the building across the intersection. This time the movie camera shook slightly. She took a deep breath to calm an inexplicable uneasiness, then began filming as the sleek black open-top limousine made a slow sweeping turn to the left off Houston Street and cruised into her field of vision. She focused on the man in the back of the vehicle, marveling at his overpowering charisma, obvious even through the lens. As the limousine coasted past her, she began to move alongside it, able to shoot the man almost in close-up as he waved to the crowd. For some reason the Secret Service had been lax about security along the route that day.

Moments later Andrea heard a loud pop—like a firecracker exploding somewhere in the plaza—followed quickly by a second one. With the second pop, the man in the back of the limousine hunched forward, his elbows up and out, his hands to his neck. Still filming, Andrea continued to half walk, half run along Elm Street. She was vaguely aware of moving past a little girl wearing a red skirt and white sweater who had run past her only moments before. She also sensed a sudden panic in the crowd, as the understanding that something terrible was happening began to sink in. At the sound of the third shot, people began to take cover, and Andrea stopped moving.

Then the fourth shot came. More of a blast this time, it was definitely louder and closer. Instantly the man’s head snapped back toward Andrea and a fine red mist sprayed the air, forming a crimson halo around him. The man’s body slumped to the left, his brain exposed and bloody.

At once people were screaming and running in all directions, but Andrea wasn’t sucked into the flood of panic. She calmly kept filming, detached from the horrible events rapidly unfolding around her, as if the lens somehow protected her. As Andrea watched, the man’s wife climbed out onto the limousine’s trunk and reached for a piece of her husband’s head that had been torn away by the killing shot, but she was quickly pushed back into her seat by a Secret Service agent and the vehicle sped away toward Parkland Hospital. Andrea followed the limousine until it was gone, then refocused on the spot where it had been at the moment the red mist sprayed the air. Behind that spot, people were sprinting toward a grassy area and a fence beyond.

Suddenly everything went dark. Andrea panned up, and for a moment the entire lens was consumed by an angry face. Then two large hands tore the camera from her grasp and pushed her to the ground roughly.

A sharp pain shot up her back. “You have no right to treat me that way!” she screamed.

“I have every right,” the man snarled. “Now get out of here.”

“Give me my camera!” she insisted.

Andrea jumped to her feet and made a grab for the camera, but the man easily repelled her with a thick forearm to the chest, and she tumbled to the ground once more.

“I’ll give you one last chance,” he said through clenched teeth. “Leave or I’ll arrest you.”

One look directly into the man’s steely gray eyes and Andrea’s confident sense of surreal detachment evaporated, replaced by the get-the-hell-out-of-here sensation that she had stumbled upon a hornet’s nest. She realized it would be pointless to protest any longer, so she turned and scrambled over the grass on her hands and knees, then staggered to her feet and sprinted wildly away through the chaos. When she finally dared to look back over her shoulder, the man who had brutally confiscated her movie camera and the film of President Kennedy’s assassination was gone. 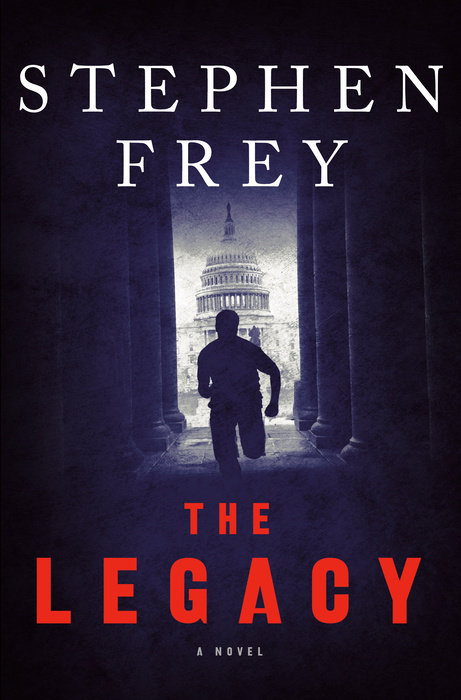