A woman running from a dark past stumbles upon a tangled nest of seductions and secrets in this psychological thriller of obsession and betrayal.

Catherine, no last name, doesn’t bury the dead. She rescues the living—from intolerable, abusive, dangerous lives. Her darknet-based witness protection program, the Burial Society, is the last hope for people who desperately need to disappear. Catherine takes care of them and provides new identities. She is effective and efficient—until she discovers that her slipup may have compromised a client, maybe even killed her. Powerless to help without exposing her shadowy profession, Catherine makes a drastic move.

With her covert service relocated to Paris, Catherine’s done her best to move on. But when a dark part of her past suddenly appears in the City of Light, she refuses to run—and her life takes a harrowing turn.

Using all the tricks of her unusual trade, Catherine weaves her way through a dangerous landscape of treachery, infidelity, paranoia, and secrets that bind as deeply as blood. But the evil of the enemy she’s pursuing runs deeper still—to the bone. And even Catherine’s most cunning skills may not be enough to save herself.

Praise for The Burial Society

“A complex but strangely exciting thriller.”—Booklist

“A deeply unsettling, compulsively entertaining Rubik’s Cube of a novel . . . Every time you think you’ve unlocked the puzzle, Nina Sadowsky introduces a new twist that makes you start guessing all over again.”—Michelle Richmond, New York Times bestselling author of The Year of Fog and The Marriage Pact

“The Burial Society is a twisty, ever-deeper, can’t-let-go read! The heroine can trust no one as she struggles to help abused and endangered women in a world of secrets and shadows. . . . A dynamite psychological thriller by a new master of the genre.”—Karen Harper, New York Times bestselling author of Falling Darkness

An excerpt from The Burial Society

Their members are committed to ensuring that death and burial rites within a community are conducted with dignity and compassion.

The society’s duties are considered the ultimate acts of benevolence, and may include being present at a death, watching over the corpse, cleansing and shrouding it, accompanying it during the funeral procession, conducting the burial service without charge and with appropriate religious ceremonies, and providing support to the deceased’s family.

I can do this. I will do this.

I’ve done this many times before. And under trickier circumstances, I reassure myself. I’ve calculated timing and approach, extraction and escape. It will be hazardous, perhaps fatal—if not for the benevolent graces of luck and perfect timing.

But it’s what the client ordered, and the customer is always right. Plus, the payoff? Huge. I don’t care about the money, but there will be other rewards for me in this.

Why am I so nervous?

I hate the waiting. Gives me too much time to think. My heart thuds in my chest.

I scan the street.

Two skinny Americans, weighted with backpacks, fingers entwined, eyes soaking in every last precious crumb of Parisian detail. A little boy, maybe three, still unsteady on his chubby legs, wobbling behind his sleekly dressed and fiercely bickering parents. A fine-boned shopgirl, just relieved of her shift, her face hardened by the disdain she holds for the countless Chinese tourists she has serviced today. Indeed, a crowd of them is now jostling back on board their gaudy tour bus, juggling their haul from Ralph Lauren, Hugo Boss, Façonnable, Gerard Darel. An expensively punked-out rocker dude with a fluffy Pomeranian on an embellished leash sidesteps the throng, cursing at his dog (or maybe the Chinese) in angry bursts.

There’s a hunger about this part of Paris, despite the broad Haussmann-designed boulevards, the elegant shops, the leafy trees. The money, the designer labels, the thirst for status, they all feed a rapacious maw that is persistently desperate for “more,” that will never know satiation. And then there are those who scavenge off the leavings of that hunger, the salespeople and doormen, chauffeurs and personal assistants, beggars and thieves. Boulevard SaintGermain may look like the epitome of discreet wealth and understated luxury, but I know better. I know the darkness obscured by the glitz.

It is only because my client is well-heeled that I find myself here. Paris has been my home for a little over three years, but this arrondissement is not my usual stomping ground. Still, today I look the part—Givenchy black leather skinny jeans, a perfectly distressed four-hundred-euro T-shirt, Robert Clergerie platforms, my light brown hair swept back in a sleek ponytail, diamond studs in my exposed ears, eyes shadowed by oversized Chanel sunglasses. I am ostentatious, but I am also invisible. Wherever I am, whoever the target, I must blend in like a chameleon.

I’ve been doing it for so long I don’t quite remember who I am anymore, not the real me, the me I left behind. But more on that later. I must concentrate on my current objective.

I’ve done my homework. I always do. The facts check out. The first installment, a direct deposit to a Swiss bank account, is confirmed. I’ve followed my target for two weeks now without being detected. I’ve assessed her patterns and habits and, perhaps more important, those of the bodyguard who is never far from her side. I’ve enlisted Delphine as my driver for the day, always grateful for her steady, silent acquiescence to plans and payment.

I move into position. The Sonia Rykiel storefront is attractive. Behind the pristine plate glass, wooden shelves laden with hardcover books rise from floor to ceiling. The rich colors of the books’ spines are mirrored in the ornate ensembles draped onto bald alabaster mannequins. Layers of complex embroidery on the most luxurious silks, fringes and furs, palettes that glimmer under the artfully directed lights. It’s dusk, and as the day darkens, the shop windows glow.

I buy myself time to linger by extracting a pack of Gitanes from my Louis Vuitton handbag.

The chubby toddler and his squabbling parents cross in front of me. The little boy totters. Lands on his plump butt as his parents continue on, absorbed in their heated fight. His small mouth curves into an indignant O as his face goes pale.

“Nice fall!” I compliment the toddler cheerfully in French. “Next time, be sure your parents see, you’ll get more attention.”

The kid’s watery eyes take me in. Should he cry? Be afraid? He’s undecided. Then he gives me a sly, delighted smile. He scrambles to his feet and rushes in front of his parents, only to plop down dramatically before them and wail, mouth open, eyes screwed shut. I choke back a laugh.

And suddenly, there she is. Exiting the boutique. My target. High Slavic cheekbones. Thick, shiny blond hair. A full mouth and a strong jaw that gives her face a tinge of hauteur. Elegantly dressed, Alexander McQueen. Sky-high stiletto heels. A stunning pair of cabochon emerald earrings. Skittish despite all her sophistication and grooming. Like a high-strung Thoroughbred awaiting the starting gun.

She’s empty-handed. To give truth to the lie, the day’s purchases will be delivered to her apartment on avenue Montaigne. As if she always expected to go home. As if he expected the same.

My target’s bodyguard follows her out, thick-necked and deadeyed.

My nerves fade. I’m stone cold, as I knew I would be when the time came. That’s better. This is how I like me. Moving into action and reaction, calculated and sure. Ruthless.

I pretend to dig in my purse for an errant lighter or matches. Approach her. I ask in French if she has a light. I extend my pack of cigarettes, an offering.

Her eyes meet mine from under a heavy fringe of black lashes. I know she sneaks smokes when she thinks no one who matters is looking. I’ve watched her do it thirty-seven times in the last fourteen days. Now thirty-eight.

Behind her, the bodyguard steps protectively forward, but she waves him off. I am nothing to fear, just another rich, spoiled coquette in need of a nicotine fix.

She reaches into her purse and extracts a Cartier lighter, accepts a cigarette from my pack. When she snaps the lighter, our heads bend toward each other, near the flame, and my hand closes around hers. The door to the van parked behind us slides open.

“Don’t resist,” I whisper in English. Her eyes dart to mine, instantly wary.

My hand tightens around my target’s wrist. With one cruel jerk, I bundle her into the van, flicking my lit cigarette into the bodyguard’s face. He bellows and bats away the burning ember, too distracted to anticipate the thrusting thud of my platform shoe into his gut. He stumbles backward, reeling, cursing, as I scramble into the van.

I plunge a hypodermic needle loaded with fentanyl into my target’s neck just as she opens her luscious mouth to cry out. She wilts in my arms. I slam the door shut.

We peel away, Delphine expertly navigating the boulevard. I imagine the bodyguard, frantic, furious, recovering his balance, running after us, pulling out his cellphone, but we are prepared.

Three swift turns and we stop in a narrow alley. Load our unconscious target into a waiting taxi. Delphine takes the wheel of the cab and we pull out, blending anonymously into traffic. Tucked in the back with my target, I settle her limp form comfortably against the velour seat. Strap on her seatbelt. I brush a wisp of blond hair away from the sharp angle of her cheekbone. Her life has been hell. But now that hell is over. 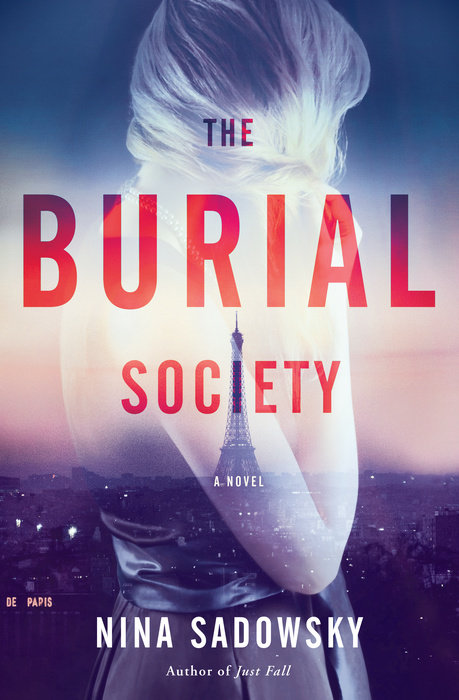