The Joy of Sex revolutionized how we experience our sexuality. An international bestseller since it was first published in 1972, Dr. Alex Comfort’s classic work dared to celebrate the joy of human physical intimacy with such authority and candor that a whole generation felt empowered to enjoy sex. Now fully updated, revised, and reillustrated, The Joy of Sex once again sets the standard as the world’s most trusted sex manual.

• Key scientific discoveries in the fields of psychology, physiology, and sexology
• The Internet and couple-friendly pornography
• The importance of sex to our growth as people and partners
• Maintaining a fulfilling sex life as we get older

Above all, The Joy of Sex emphasizes the importance of happy and healthy sexuality in our lives.

An excerpt from The Joy of Sex

DR. ALEX COMFORT, M.B., D.SC., was one of the world’s leading experts on human sexuality. He was known for his frank and funny writings on love and sex, and was the inventor of the modern sex manual. Cofounder of the Campaign for Nuclear Disarmament, anarchist, social commentator, novelist, and poet, he wrote more than fifty books and countless scientific papers. Over the course of a distinguished and varied career, Dr. Comfort worked as head of research on gerontology at University College London and was a lecturer in the Department of Psychiatry at Stanford University and an adjunct professor at the Neuropsychiatric Institute at UCLA. He died in March 2000 at age eighty. 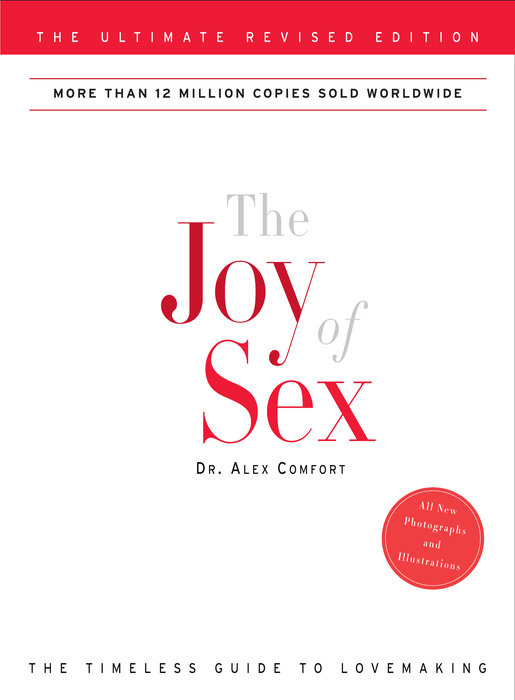