NEW YORK TIMES BESTSELLER • In Karen Marie Moning’s latest installment of the epic Fever series, Mac, Barrons, Ryodan, and Jada are back—and the stakes have never been higher or the chemistry hotter. Hurtling us into a realm of labyrinthine intrigue and consummate seduction, Feverborn is a riveting tale of ancient evil, lust, betrayal, forgiveness, and the redemptive power of love.

When the immortal Fae destroyed the ancient wall dividing the worlds of Man and Faery, the very fabric of the universe was damaged, and now Earth is vanishing bit by bit. Only the long-lost Song of Making—a haunting, dangerous melody that is the source of life itself—can save the planet.

But those who seek the mythic song must contend with old wounds and new enemies, passions that burn hot and hunger for vengeance that runs deep. The challenges are many: the Keltar at war with nine immortals who’ve secretly ruled Dublin for eons, Mac and Jada hunted by the masses, the Seelie queen nowhere to be found, and the most powerful Unseelie prince in all creation determined to rule both Fae and Man. Now the task of solving the ancient riddle of the Song of Making falls to a band of deadly warriors divided among—and within—themselves.

Once a normal city possessing a touch of ancient magic, Dublin is now a treacherously magical city with only a touch of normal. And on those war-torn streets, Mac will come face-to-face with her most savage enemy yet: herself.

“Moning’s world-building is extensive and inspired, and she never fails to keep the action fast and the stakes high. . . . The heroes’ shared danger, victory, loss and turmoil translate into emotional intensity and sexual tension.”—The New York Times Book Review

“Karen Marie Moning is back, burning up the pages with scorching tension, gasp-out-loud surprises, unshakable danger and unexpected feels. Feverborn is simply impossible to put down. . . . I’m not sure how Moning is able to do it after eight books, but each novel proves more exciting than its predecessor as she continues to raise the stakes in this ongoing, exhilarating saga. Feverborn is a fight between ancient magic and renewed determination, a duel between old wounds and deep-seated love. Once again, you won’t be able to put this book down.”—USA Today

“Feverborn is at once the most gratifying and infuriating (in the best way possible) volume in the series yet. Moning’s proclivity for passion, emotion and shocking twists is showcased in breathtaking clarity. . . . I can damn near guarantee that fans of the series will be panting, both with heat, and a frenzied need to know what happens next.”—PopWrapped

“Feverborn is a masterpiece of epic proportions. With this book, Karen Marie Moning shows us exactly why she is such an indispensable writer in the genre.”—Under the Covers

An excerpt from Feverborn

I grew up believing in rules, thanks to my parents, Jack and Rainey Lane. I didn’t always like them and I broke them when they didn’t work for me, but they were sturdy things I could rely on to shape the way I lived and keep me—­if not totally on the straight and narrow, at least aware there was a straight and narrow I could return to if I got to feeling lost.

Rules serve a purpose. I once told Rowena they were fences for sheep, but fences do more than merely keep sheep in a pasture where shepherds can guide them. They provide protection in the vast and frightening unknown. The night isn’t half as scary when you’re in the center of a fluffy-­butted herd, bumping rumps with other fluffy butts, not able to see too much, feeling secure and mostly normal.

Without fences of any kind, the dark night beyond is clearly visible. You stand alone in it. Without rules, you have to decide what you want and what you’re willing to do to get it. You must embrace the weapons with which you choose to arm yourself to survive.

What we achieve at our best moment doesn’t say much about who we are.

It all boils down to what we become at our worst moment.

You get stranded in the middle of the ocean with a lone piece of driftwood that will support one person’s weight and not a single ounce more—­while floating beside a nice person that needs it as badly as you do.

That’s the moment that defines you.

Will you relinquish your only hope of survival to save the stranger? Will it matter if the stranger is old and has lived a full life or young and not yet had the chance?

Will you try to make the driftwood support both of you, ensuring both your deaths?

Or will you battle savagely for the coveted float with full cognizance the argument could be made—­even if you merely take the driftwood away without hurting the stranger and swim off—­that you’re committing murder?

Is it murder in your book?

Would you cold-­bloodedly kill for it?

How do you feel as you swim away? Do you look back? Do tears sting your eyes? Or do you feel like a motherfucking winner?

Impending death has a funny way of popping the shiny, happy bubble of who we think we are. A lot of things do.

I live in a world with few fences. Lately, even those are damned rickety.

I resented that. There was no straight and narrow anymore. Only a circuitous route that required constant remapping to dodge IFPs, black holes, and monsters of every kind, along with the messy ethical potholes that mine the interstates of a postapocalyptic world.

I stared at the two-­way glass of Ryodan’s office, currently set to privacy—­floor transparent, walls and ceiling opaque—­and got briefly distracted by the reflection of the glossy black desk behind me, reflected in the darkened glass, reflected in the desk, reflected in the glass, receding into ever-­smaller tableaus, creating a disconcerting infinity-­mirror effect.

Although I stood squarely between the desk and the wall, I was invisible to the world, to myself. The Sinsar Dubh was still disconcertingly silent, and for whatever reason, still cloaking me.

I cocked my head, studying the spot where I should be.

Nothing looked back. It was bizarrely fitting.

That was me: tabula rasa—­the blank slate. I knew somewhere I had a pen but I seemed to have forgotten how to use it. Or maybe I’d just wised up enough to know what I held these days was no Easy-­Erase marker of my youth, scrubbed off by the gentle swipe of a moistened cloth, but a big, fat-­tipped Sharpie: black and bold and permanent.

I felt immobilized by the many ways I could screw things up, acutely aware of the butterfly effect, that the tiniest, most innocuous action could trigger unthinkable catastrophe, painfully evidenced by the result of my trying to confront Dani. Five and a half years of her life were gone, leaving a dispassionate killer where the exuberant, funny, emotional, and spectacularly uncontainable Mega had once stood.

Lately I’d taken some comfort in the thought that although Jericho Barrons and his men were way the hell out there on the fringes of humanity, they’d figured out a code to live by that benefited them while doing modest damage to our world. Like me, they had their inner beasts but had spawned a set of rules that kept their savage nature in check.

I’d been telling myself I, too, could choose a code and stick to it, using them as my role models. I snorted, morbidly amused. The role models I had a year ago and the ones I had now were certainly polar opposites.

I glanced up at the monitor that revealed the half-­darkened stone chamber where, on the edge of that darkness, Barrons and Ryodan sat watching a figure in the shadows.

I held my breath waiting for the figure to once again lumber forward into the pallid light streaking the gloom. I wanted a second thorough look to confirm if what I suspected at first glance was true.

When it shuddered and stumbled to its feet, arms swinging wildly as if fighting off unseen attackers, Barrons and Ryodan uncoiled and assumed fighting posture.

The figure exploded from the shadows and lunged for Ryodan’s throat with enormous taloned hands. It was rippling, changing, fighting to hold form and failing, morphing before my eyes. In the low light cheetah-­gold irises turned crimson then blood-­smeared gold then crimson again. Long black hair fell back from a smooth forehead that abruptly rippled and sprouted a prehensile crest. Black fangs gleamed in the low light, then were white teeth, then fangs again.

I’d seen this morphing enough times to know what it was.

The Nine could no longer be called that.

There were ten of them now.

Barrons blocked the Highlander before he reached Ryodan, and suddenly all three were blurs as they moved in a manner similar to Dani’s freeze-­framing ability, only faster.

Make me like you, I’d said to Barrons recently. Though in all honesty I doubt I’d have gone through with it. At least not at the moment, in the state I was in, inhabited by a thing that terrified me.

Never ask me that, he’d growled. His terse reply had spoken volumes, confirming he could if he wanted to. And I’d known in that wordless way he and I understand each other that not only did he loathe the idea, it was one of their unbreakable rules. Once, he’d found me lying in a subterranean grotto on the verge of death, and I suspect he’d considered the idea. Perhaps a second time when his son had ripped out my throat. And been grateful he’d not had to make the choice.

Ryodan however did make that choice. And not for a woman, fueled by the single-­minded passion that drove the Unseelie king to birth his dark court, but for reasons unfathomable to me. For a Highlander he barely knew. The owner of Chester’s was once again an enigma. Why would he do such a thing? Dageus had died or at the very least was dying, lanced by the Crimson Hag, battered and broken by a horrific fall into the gorge.

Barrons was furious. I didn’t need sound—­although I sure would have liked it—­to know down in that stone chamber something primal was rattling in Barrons’s chest. Nostrils flared, eyes narrowed, his teeth flashed on a snarl as he spat words I couldn’t hear and they attempted to subdue the Highlander without using killing force. Which I suspected was more a damage-­control technique than a kindness, because if Dageus died he would come back at the same place they do when reborn. Then they’d have to go wherever that was to retrieve him, which would not only be a pain in the ass but make a tenth person who knew where the forbidden spot was—­a thing not even I knew.

I frowned. Then again maybe I was making assumptions that didn’t hold water. Maybe they came back wherever individually they died, which would put Dageus somewhere in a German mountain range.

If Ryodan broke rules with impunity, how was I supposed to figure out where to draw my own lines? What were lines really worth if you just crossed them whenever you felt like it?

I circled the desk and perched on Ryodan’s chair, staring up at the LED screens lining the perimeter on the opposite wall, wishing I could read lips. 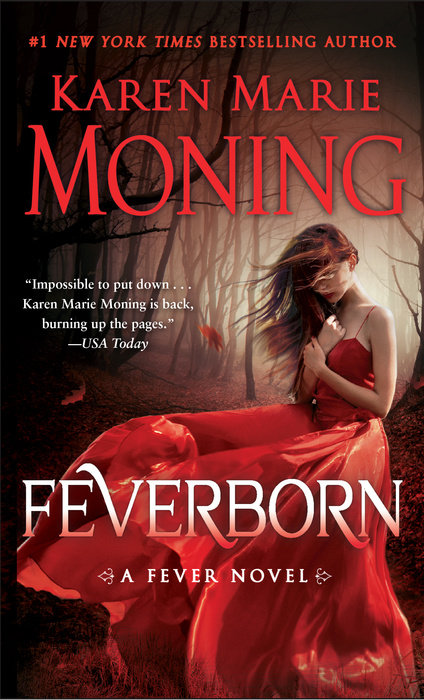