The last human in the universe must battle unfathomable alien intelligences—and confront the truth about humanity—in this ambitious, galaxy-spanning debut

“A good old-fashioned space opera in a thoroughly fresh package.”—Andy Weir, author of The Martian

“Big ideas and believable science amid a roller-coaster ride of aliens, AI, superintelligence, and the future of humanity.”—Dennis E. Taylor, author of We Are Legion

Most days, Sarya doesn’t feel like the most terrifying creature in the galaxy. Most days, she’s got other things on her mind. Like hiding her identity among the hundreds of alien species roaming the corridors of Watertower Station. Or making sure her adoptive mother doesn’t casually eviscerate one of their neighbors. Again.

And most days, she can almost accept that she’ll never know the truth—that she’ll never know why humanity was deemed too dangerous to exist. Or whether she really is—impossibly—the lone survivor of a species destroyed a millennium ago. That is, until an encounter with a bounty hunter and a miles-long kinetic projectile leaves her life and her perspective shattered.

Thrown into the universe at the helm of a stolen ship—with the dubious assistance of a rebellious spacesuit, an android death enthusiast on his sixtieth lifetime, and a ball of fluff with an IQ in the thousands—Sarya begins to uncover an impossible truth. What if humanity’s death and her own existence are simply two moves in a demented cosmic game, one played out by vast alien intellects? Stranger still, what if these mad gods are offering Sarya a seat at their table—and a second chance for humanity?

The Last Human is a sneakily brilliant, gleefully oddball space-opera debut—a masterful play on perspective, intelligence, and free will, wrapped in a rollicking journey through a strange and crowded galaxy.

An excerpt from The Last Human

Not so many years ago, Shenya the Widow was a void-­cold killer. And as hobbies—­no, passions—­go, it was extraordinarily fulfilling. Hunt all night, feast at dawn, take one’s pick of the choicest males before the long day’s sleep . . . oh yes. She still fantasizes about it—­though, sadly, fantasy is all she has left. This is because Shenya the Widow has been conquered, mind and body, by an ancient and terrible force.

And so she crouches like death’s own shadow outside a closed bedroom door and flexes a variety of bladed appendages in quiet reflection. Her own mother warned her about this. She could be hunting right now. She could be streaking through a moonlit forest with the rest of her covenant, the bloodlust boiling in her breast, her hunting cry joining those of her sisters in a chorus of beautiful death . . . but no.

She composes a Network message in her mind. [Sarya the Daughter], says the message. [My love and greatest treasure. My child, for whom I would gladly die. Open this door before I cut it out of the station wall.] She attaches a few choice emotions—­though she knows her daughter’s unit is too basic to read them—­and fires the message through the Network implant in the back of her head.

[Error, unit not receiving], says the return message. [Have a nice day.]

Shenya releases a slow and wrathful hiss. [Very clever], she sends, tapping a black and gleaming blade against the door. [I know you’re receiving, my love. And if you sabotage your unit one more time, well.] She dispatches the message as violently as possible, leans against the hatch, and begins a shrill danger-­rattle with every available blade.

And then with a hiss and the screech of metal on chitin, the hatch slides aside to bathe Shenya the Widow in the blinding glow of her daughter’s quarters. She ignores the pain from her eyes—­must her daughter always keep her room so bright?—­and waits the moment it takes for her to distinguish the figure that is more collapsed than seated against the far wall. Its utility suit is rumpled, its boots undone, its sleeves and collar pulled as low and as high as they go. Only the head and the ends of the upper limbs are bare, but even that much exposed flesh would have sickened her not long ago.

Back before Shenya the Widow ever dreamed of calling this one daughter, it took her some time to stomach the sight of an intelligence without an exoskeleton. Imagine, a being with only four limbs! And worse, each of these limbs splits into five more at its end—­well, that is the stuff of nightmares, is it not? As if that were not horrific enough, this being is wrapped top to bottom not in clean and beautiful chitin but in an oily blood-­filled organ—­which is called skin, her research has told her. There is a sporadic dusting of hair over this skin, with a few concentrations in seemingly random spots. Up top there is a great knot of it, long and thick and nearly Widow-­dark, wild and falling down in tangles over the strangest eyes one could imagine. Those eyes! Two multicolored orbs that flash like killing strokes, that express emotion nearly as well as a pair of mandibles. One wouldn’t think it possible but here it is in action. That gaze that is nearly scorching the floor, that somehow radiates from such odd concentric circles—­is that a sullen rage?

“Sorry about the hatch,” says her adopted daughter without looking up. Her upper limbs, Shenya the Widow cannot help but notice, are held dangerously close to an obscene Widow sign. “I was getting ready for my field trip.”

And now her mother understands: this is a mighty anger, a fury worthy of a Widow, and it is directed somewhere outside this room.

Shenya the Widow flows into her daughter’s room with the gentle clicks of exoskeleton on metal. She may be an apex predator, a murderous soul wrapped in lightning and darkness, but underneath that she is all mother. There are wrongs to be righted and hurts to be savagely avenged—­but before any of that can happen there is a room to be tidied. Shenya the Widow’s many limbs are up to the task.

The spare utility suit, yes, that can go straight to laundry—­two limbs fold it and place it by the door. The nest, or bunk, as her daughter now calls it, needs straightening—­two more blades begin that noble work. A single blade begins scouting the floor for food bar wrappers, stabbing their silver forms as it finds them. The laundry limbs, mission accomplished, now rescue a soft black shape from the floor. The doll is black and silky and a horrifying caricature of Widow physiology, but Shenya the Widow made it many years ago with her own eight blades, and her hearts still ache to see it banished from the bunk. She places it, carefully, back where it belongs.

“Where is your Network unit, my love?” asks Shenya the Widow in that soft and dangerous voice that comes with motherhood. Her nearly spherical vision examines all corners of the room at once.

Her daughter glares at the floor without answering.

Shenya the Widow narrowly restrains a click of approval. On the one blade, this is a Widow rage—­a towering and explosive wrath—­and it is beautiful. One spends so much energy attempting to install traditional values in a young and coalescing mind, and it is always rewarding to see effort yield results. But on another blade, well . . . insolence is insolence, is it not?

Happily, she is saved by circumstance. A questing limb reports that it has found the object in question under the bunk. Shenya the Widow drags it out, feeling a twinge of guilt at the strength required. This heavy prosthetic, this poor substitute for a common Network implant, is what her daughter has been forced to wear strapped around her torso for most of her life. It is an ancient device, a budget so-­called universal, only distantly related to the elegant implant somewhere in Shenya the Widow’s head. Both perform the same function, in theory: each connects its user to a galaxy-­spanning Network brimming with beauty and meaning and effortless communication. One does it seamlessly, as smooth as the bond between one neuron and a billion billion others. The other does it through a shaky hologram, some static-­infused audio, and numerous error messages.

[. . . before I cut it out of the station wall], says the Network unit to itself, its trembling hologram flickering in the air above it.

One might assume that a certain physiology is required to hold oneself like a Widow, but her daughter proves this untrue. She sits up, wrapping upper limbs around lower with movements as Widowlike as they are—­well . . . what she is. It is these familiar motions that unlock the deepest chambers of Shenya the Widow’s hearts. The untidy room, the insolence, the disrespect for property—­all that is forgotten. Her many limbs abandon their myriad tasks and regroup on the figure of her daughter, stroking skin-­covered cheeks without the slightest hint of revulsion. They straighten the utility suit and slide through the hair and caress those ten tiny appendages. “Tell me, Daughter,” whispers Shenya the Widow with a sigh through mandibles as dangerous as her blades. “Tell me everything.”

Her daughter takes a deep breath, lifting her shoulders with that dramatic motion that people with lungs often use. “We’re going to one of the observation decks today,” she says quietly. “They have six openings for trainees.”

Shenya the Widow chooses her words carefully, missing the effortless precision of mental Network communication. “I did not know you were interested in—­”

And now, finally, that fiery gaze rises from the floor. “You know what the prerequisites are?” asks her daughter, glaring at her mother through a tangle of dark hair.

They are ferocious, those eyes, and Shenya the Widow finds herself wondering how another of her daughter’s species would feel caught in this three-­color gaze. White outside brown-­gold outside black outside . . . fury. “I do not,” she answers cautiously.

“I . . . choose not to,” says Shenya the Widow, still more cautiously.

“Tier two-­point-­zero intelligence,” says her daughter in a tight voice. “Not, say, one-­point-­eight.” The beloved figure slumps in a way that would be impossible with an exoskeleton. “No, we wouldn’t want a moron at the controls, would we?” she murmurs to the floor.

“Everybody calls me such a thing,” says her daughter, again straying perilously close to disrespect, “because I am registered as such a thing.”

Shenya the Widow chooses to ignore the accusatory tone. This conversation again. 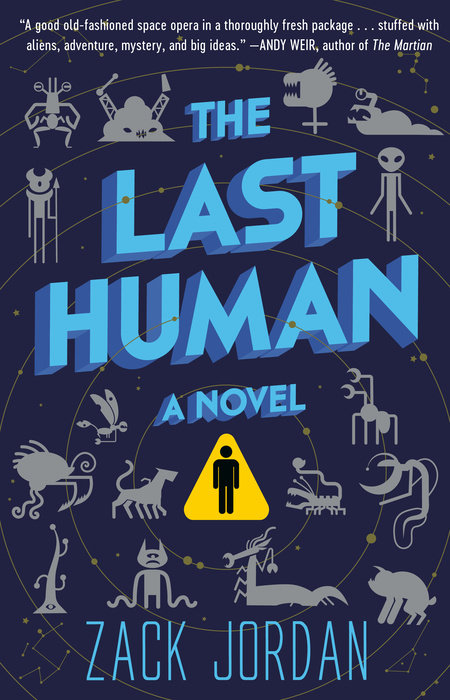