All the Sweet You Can Eat (An Official Tasty Cookbook)

75 sweet treats from Tasty to inspire, delight, and satisfy any level of home baker

Ready to rise from baking newbie to MVP? Tasty Dessert gives you the lowdown on baking basics, from building a fuss-free pantry to mastering easy-as-pie twists on old favorites. You’ll stuff, layer, frost, and meringue your way to the cherry on top of pretty much every meal. If Confetti Birthday Soufflé, No-Bake 16-Layer S’mores Cake, and Sour Cherry Fritters don’t float your boat (are you feeling ok?), here are 75 recipes for any hankering, mood, or occasion, whether you’re jonesing for a sugar adventure with friends or having a late-night dessert emergency. Just don’t forget to save a piece of it for yourself.

Tasty is the world's largest social food network, reaching more than 500 million people around the globe with its signature fun, easy, and delicious video recipes. The brand is focused on making cooking practical and accessible for beginner cooks and expert chefs alike. Launched in 2015, Tasty has attracted more than 65 billion video views and is the biggest franchise on Facebook, reaching one in four users every month. It has studios in Los Angeles, New York, London, Paris, Berlin, Mexico City, and São Paulo, and a full product line including cookbooks, pots, pans, kitchen gadgets, a seasoning line, and an ice cream brand.

All the Sweet You Can Eat (An Official Tasty Cookbook) 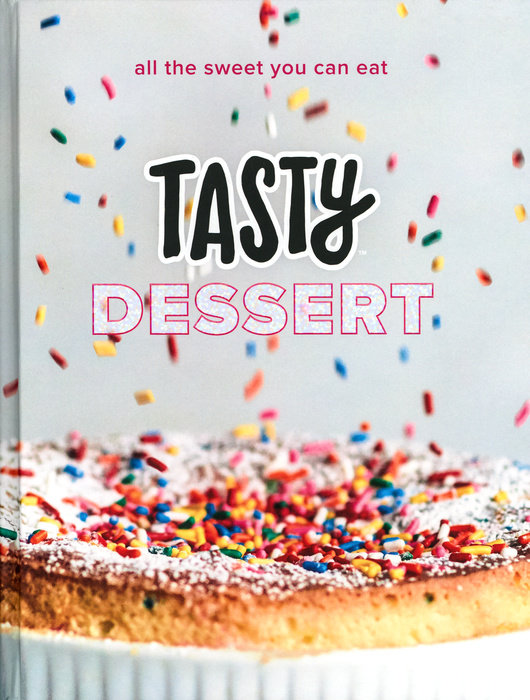