Warning: Workplace flirtation may cause side effects.

Super-geek physician Saam Sherazi, M.D., is clueless about anything that can’t be learned from a textbook. Most people assume he’s an intellectual a-hole with a God complex, but Saam doesn’t need a sparkling bedside manner to treat his patients. Besides, he’d rather not encourage the countless women who are solely attracted to the two little letters at the end of his name—something that’s rubbed him the wrong way ever since he finished med school. But when Lorie Braddock walks into Saam’s office, he finds himself wanting to rub her all sorts of right.

At twenty-five, former beauty queen Lorie Braddock is finally living life on her terms. She’s moved to the big city, landed her dream job, and traded her titles and tiaras for power suits and promotions. But while Lorie’s sprinting up the corporate ladder, her dating life is guided by one simple rule: Don’t dip your pen in the company ink. Until Dr. Saam Sherazi starts invading her thoughts . . . and steaming up her phone with the kind of sexting that makes her want to rewrite all her rules.

Evie Clarie’s red-hot romances can be enjoyed together or separately:
LET’S TALK ABOUT SEXT • I WANNA SEXT YOU UP

An excerpt from I Wanna Sext You Up

“Dirty chai latte! At the bar!” A burly barista’s voice boomed over a stodgy but sparse morning crowd of coffee shop patrons. Silently, they waited, stony faced, staring at their phones or the floor, purposefully avoiding any form of interpersonal communication before downing the cuppa lifeblood that would make them human again.

Lorie Braddock was miles ahead of them, in an adorable—but slightly grating—Energizer Bunny kind of way, given the early hour. Espresso shots and nerves do that to a girl. Hidden behind the chrome and brass brewing machines, she arranged—and then rearranged—a corner table set for the meeting her boss had asked her to organize. It was her first time, a meeting-planning virgin. Yes, she was a half hour early. No, she hadn’t slept much at all. In her mind, everything was riding on this meeting. Every detail had to be perfect.

“Small dirty chai latte!” the barista barked again, peering over the coffee machines at the motionless group of zombies impatiently awaiting their orders. Lorie was the only one brave enough to make eye contact with him. She shook her head and brushed away the wave of blond hair the small gesture sent spilling over her shoulder. No, the drink wasn’t hers.

Encouraged by the eye contact, the barista took a moment, halting his search, smiling and then trailing his gaze over her appreciatively. Until it stopped at the top button of her shirt. Lorie’s stomach tightened.

She knew what a look like that meant. And it was the last thing she needed before her meeting. Holding his gaze, she narrowed her eyes and collected her hair into a ponytail, using a rubber band to secure a low bun that disappeared into her button-down collar. Some men. Ugh.

“Err, S . . . Sam? Saame? Saaaa—I don’t know how to pronounce this . . .” The barista turned his head sideways, craning his neck, trying to make sense of the marker scribbled down the cup’s side without spilling it.

“I ordered a large.” A voice rose above the crowd and a man stepped forward. He was tall and trim, dressed in khakis and a crisp linen button-down. Loafers polished. Shirt starched. Dark hair that disappeared into a perfect spiky fade down the back of his neck. “A large dirty chai latte,” he corrected again when no one else spoke up.

The barista let out a sigh. Looked at the cup. Looked at the order ticket. And sighed again, louder this time and with a grunt at the end. “Sorry, man. My bad. You want me to make you another one?” He was so casual over an error that was so obviously his. Lorie waited to see what the customer’s reaction would be. A person’s morning coffee wasn’t something to mess with.

“I want what I paid for.” The customer’s response was chilly. His expression stony. A collective groan lifted off the gathered zombies—one that usually signaled an impending feeding frenzy on The Walking Dead. It was enough to pull Lorie farther away from her table. She peeked around the machines for an unobstructed view of the unfolding drama.

What is his name? Being the newest sales rep for Durden Pharmaceuticals tasked her with calling on nearly one hundred and fifty doctors. All of whom she had spent hours studying—where they went to med school, their medical partners, prescribing habits, patient demographics. The list went on and on. She knew him. She couldn’t immediately place him.

“Yeah, man. Of course. Let me just . . .” The barista fumbled with his tools behind the counter, quickly but sloppily repacking the espresso machine cup to make another shot. Then promptly dropping it, sending finely ground bean dust everywhere. “Shit,” he mumbled under his breath.

“Oh, come on!” A zombie found her voice and protested the holdup.

Mr. Ice Cold’s jaw muscles clenched. He looked at his watch, then out the window and across the street at the medical campus of Atlanta’s largest hospital coming to life. He shook his head and closed his eyes.

What is his name? Lorie thought again. He was Dr. Dukes’s new partner. Young. Fresh out of med school, and not at all a warm fuzzy type of guy. Last week, Lorie had chased him down a hallway trying to get a signature for samples. Only to end up with a patient room door closed in her face.

“There’s no time. I have patients waiting.” He grabbed the small latte off the counter and turned to go.

“Dr. Saam Sherazi,” Lorie blurted it out the instant his name clicked in her head, not intentionally meaning to, but knowing she had to go with it now that she had.

Ice Man stopped, but said nothing, turning back to her with an empty expression. Had his gaze landed on Lorie he might have recognized her. They kind of met last week. Only it didn’t, resting instead on something behind her. Slowly, she turned and looked over her shoulder, too. Finding nothing but a chalkboard painted wall, she turned back. For the briefest second, his eyes flew over her features. She smiled warmly. He remained stone cold. No hint of recognition on his end.

Slowly, his gaze trailed down the arm she extended, past her outstretched hand, and over to his own to check his watch, again. He made a weird sound in his throat, then shook his head in a way that was politely dismissive.

“Of course,” he said. His attention still on his watch, the lie was so obvious it left Lorie motionless with her hand still hanging out, unable to process his degree of incivility. “I’m late.”

And that was it. Nothing more. Pivoting on a polished loafer, he strode toward the exit. 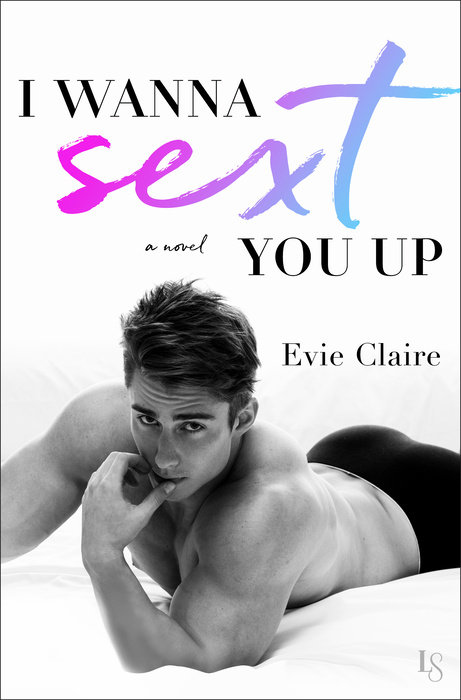