With its studious devotion to tradition, craftsmanship, and hospitality, Japanese cocktail culture is an art form treated with reverence. In this essential guide, Japanese American bartender Julia Momosé of Kumiko and Kikkō in Chicago takes us on a journey into this realm. She educates and inspires while breaking down master techniques and delving into the soul of the culture: the traditions and philosophy, the tools and the spirits—and the complex layering of these elements that makes this approach so significant.

The recipes are inspired by the twenty-four micro-seasons that define the flow of life in Japan. Enter a world where the spiced woodsy cocktail called Autumn’s Jacket evokes the smoldering burn of smoking rice fields in fall, and where the Delicate Refusal tells the tale of spring’s tragic beauty, with tequila blanco and a flutter of sakura petals. Perfected classics like the Manhattan and Negroni, riffs on some of Japan’s most beloved cocktails like the Whisky Highball, and even alcohol-free drinks influenced by ingredients such as yuzu, matcha, and umé round out the collection.

An excerpt from The Way of the Cocktail

The spirits of the past and present commune in Kyōto. Their voices lilt together within the imposing bamboo forests of Arashiyama, fluttering through the leaves and playing percussion on bending boughs. They dance in the sunlight filtering through statuesque torii, the vermillion gates that lead to the shrine of Fushimi Inari-taisha, where wishes are implored and granted. They alight in Gion—enchanting Gion, where temples tower over the city from their mountain perches, and narrow paths lead to a labyrinth of meandering cobblestone streets flanked by weathered machiya, the traditional wooden townhouses that date back to the 1600s. Every turn beckons a new adventure. It is my favorite place in Japan.

Before leaving my home to study in America, I worked mostly in this historic district, famous for its geisha culture. I preferred to walk the winding route to work, so I would take the train to the Sanjō station, one stop beyond what was necessary. As I ascended the steps to street level, the electricity of the bustling intersection greeted me with a wild breeze blowing from the nearby Kamo River. Rushing against shopping bags clutched in the hands of eager tourists, the wind added to the musical cacophony of the birds chirping loudly from the trees—an invigorating welcome no matter the season.

Gion attracts people from all walks of life—artisans, families, young lovers, fire dancers, and salarymen alike flock to its small bars and shops for both work and repose. Its ancient roadways wind through the grid of the old city like vines pulling against their trellis, making it easy for visitors to get lost. I let my nose guide the way, following the sultry scent of the waffle shop, the tang in the air from nukazuké (rice bran pickles) at Nishiki Market, and the caramelized tinge of roasting coffee coming from the old café. At night, hanging lanterns brighten the rows of stores, teahouses, and eateries that flank the cozy passageways. Elegant women in formal kimono usher guests through the discreet entrances and barely marked doors of kyō-ryōriya (traditional Kyōto restaurants), while thirsty crowds spill out of lively izakaya, where there will often be a waiting list to get inside for the best highballs and otsumami (snacks).

My first time in a cocktail bar was in this captivating city. Time stood still as I bore witness to a completely different side of the place I thought I knew so well. To get to the bar, my friend and I descended a moss-laden concrete staircase. We rang a doorbell and looked up into the camera. A voice crackled through the speaker. He waved and the door slid open to reveal a narrow, unadorned hallway that led to a heavy red velvet curtain. The soft lilt of a sweet jazz riff floated to our ears, intimations of another time and place; the source, a woman in a scarlet red dress poised like a goddess near the piano in the corner. To the left, dramatic lighting illuminated the long wooden bar, where a stately bartender worked quietly in a white suit jacket. The way he moved was mesmerizing. Carrying himself with an elegance I had never before envisioned, he gave every moment his full attention. It was my first time in a real cocktail bar, so every detail of the experience felt sharp and new. The ice clinking in the glass softly, the low murmur of conversation from the other guests, the sweet ripple of the piano keys—it felt special to witness a secret world hidden beneath the bustling streets of Kyōto.

I didn’t know what to order, so I asked for a martini. The bartender smiled and with a knowing nod began his studied ritual of mixing. He selected an exquisite, cut crystal glass and filled it with perfect shards of ice, like a slippery jigsaw puzzle, and set it aside to chill. After measuring the gin and vermouth into a weighted mixing glass, he wiped droplets off the mouth of each bottle before positioning them on the bar before me, like a proud display of the quality within. His stir swirled silently with evenly measured rotations; he cast a spell across the room with the glimmer of the barspoon. When he poured the cocktail into the glass, the sight was like a moonstone melting into its setting. With a flourish, lemon oils were expressed over the glistening jewel, and with a look of approval, the martini was nudged toward me across the bar. It was then I knew I wanted to be a bartender. I wanted to provide that experience for other people.

I left home for Cornell University in Ithaca, New York, to study design and environmental analysis. With visions of bartending in mind, I immediately sought work to pay for school, but it was not as easy as just showing up ready and eager. One bar manager believed college girls weren’t serious enough to work as bartenders. It was a different time for gender politics in America, and coming from Japan, where gender discrimination was the norm, I was not surprised. I asked to prove myself, and I worked my way from host to cocktail server, finally getting behind the bar as a barback.

In this role, I carried with me behaviors I observed in Japan, without recognizing that was the case at the time. I would anticipate the bartender’s needs, lining up the bottles and glassware as orders were yelled across the bar, cleaning up spills as the liquid was hurriedly poured from spout to glass. The endless hustle to place drinks into the hands of thirsty college students pushed me to learn by watching, listening, and polishing glassware. I memorized as many recipes as I could—staples of their day, like the Long Island Iced Tea, Fuzzy Navel, and Mudslide, and garish shooters like the Pineapple Upside-Down Cake and Surfer on Acid. Eventually, I became a bartender and I made it my mission to perfect the drinks I could. It wasn’t poetry—not like what I found in that Kyōto jazz bar—but for the moment, it was enough.

Extenuating circumstances led me to leave school and return home to Japan to recalibrate. One night, a friend and I wandered the streets of Kōbe after a luxurious dinner, in search of a nightcap. We came upon a chic bar where charcoal gray walls framed a long, live-edge wooden counter, dark like cherrywood. The floor dipped behind the bar so the owner could stand as we sank down into midcentury modern dining chairs. The only sound that punctuated the room was the chk, chk, chk of an ice pick as the bartender expertly chipped spheres to order. Without skipping a beat, he lowered the tool for a brief moment to acknowledge our arrival, offering a set of menus featuring classics like Manhattans, gimlets, and French 75s. To follow suit, I chose an uncomplicated option, a gin and tonic, and was instantly reminded of the painstaking care bartenders in Japan put into each drink as I watched him complete his initial task.

Under the glow of a spotlight, he finessed the slick globe of ice with reverence—each curve and divot carefully considered before easing the sphere into an old fashioned glass. Then he began again, shattering tiny flecks of frozen ice into the air as he shaped two smaller spheres for my gin and tonic. Every order got the same amount of care, whether it was a fancy cocktail or what would be considered a standard highball in America. It felt refreshing to see how, in his eyes, they all deserved to be magnificent. Every drink should be made this way, I thought. Every interaction and every guest deserves the same amount of care. I left feeling both inspired and grounded, with a sense of reinvigorated passion for the craft.

When I returned to America, this time to Baltimore, I worked at a bar that served mostly classic cocktails. To learn the ins and outs of America’s rich cocktail history, I studied what made the old fashioned so beloved and why a perfect Manhattan benefits from a split of two types of vermouth instead of merely sweet. I was hooked, and there was no looking back. Eventually, I moved to Chicago to work at The Aviary. I was the first female bartender to work behind the copper bar at The Office, in the basement of The Aviary, where we had conversations with guests about drinks instead of offering a menu. Then, I served as head bartender at the Michelin-starred GreenRiver and subsequently as the cocktail creative at the Michelin two-star Oriole. At each place, I leaned toward making approachable but technique-driven creations with subtle Japanese influences.

In time, I realized I wanted to own and operate a cocktail bar with Japanese sensibilities—something well beyond implementing Japanese elements to complement a Western vision. A place where we honor the way of the cocktail and the way of hospitality. Chef Noah Sandoval from Oriole approached me around this time with an offer to bring this vision to life. I could feel the puzzle pieces falling into place. For the next few years I conceptualized and designed every tiny detail of the space, traveling home frequently to stay in touch with my roots. We officially opened our doors in January 2019, welcoming in the New Year and new beginnings. 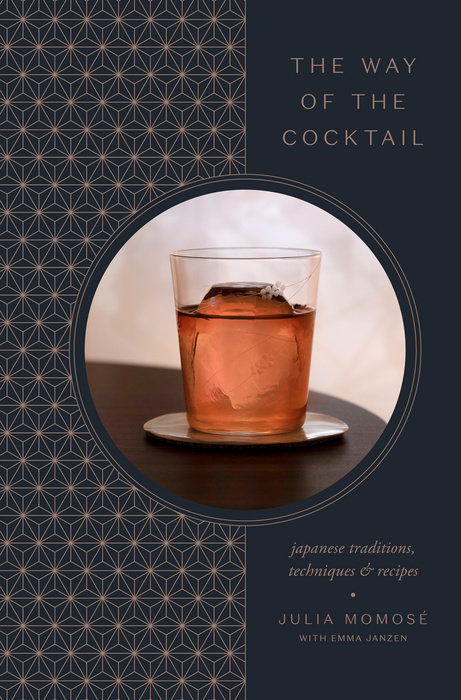