“A hero's tale of what’s possible when we unlock our potential, continue the search for knowledge, and draw on our lived experiences to guide us through the darkest moments.”—Stacey Abrams

From a black, gay woman who broke into the boys’ club of Silicon Valley comes an empowering guide to finding your voice, working your way into any room you want to be in, and achieving your own dreams.

NAMED ONE OF THE BEST BOOKS OF THE YEAR BY FORTUNE

In 2015, Arlan Hamilton was on food stamps and sleeping on the floor of the San Francisco airport, with nothing but an old laptop and a dream of breaking into the venture capital business. She couldn’t understand why people starting companies all looked the same (white and male), and she wanted the chance to invest in the ideas and people who didn’t conform to this image of how a founder is supposed to look. Hamilton had no contacts or network in Silicon Valley, no background in finance—not even a college degree. What she did have was fierce determination and the will to succeed.

As much as we wish it weren’t so, we still live in a world where being underrepresented often means being underestimated. But as someone who makes her living investing in high-potential founders who also happen to be female, LGBTQ, or people of color, Hamilton understands that being undervalued simply means that a big upside exists. Because even if you have to work twice as hard to get to the starting line, she says, once you are on a level playing field, you will sprint ahead.

Praise for It's About Damn Time

“Reading Arlan Hamilton’s It’s About Damn Time is like having a conversation with that frank, bawdy friend who somehow always manages to make you laugh, get a little emo, and, ultimately, think about ­­the world in a different way. . . . The book is warm, witty, and unflinching in its critique of the fake meritocracy that permeates Silicon Valley.”—Shondaland

An excerpt from It's About Damn Time

From Food Stamps to Fast Company

Ascending an escalator in a hotel I couldn’t afford to stay in, I said to myself, “You are a venture capitalist. You are a venture capitalist.” I had no home, no money, certainly no investment capital, yet I knew that was what I needed to say to myself. In order to become, I needed to be. I was sleeping on the floor of the San Francisco airport nearby; I came to this hotel to get a change of scenery and stay until they kicked me out. Then it would be back to the airport with my suitcase and backpack, back to the hard floor down from the Virgin Atlantic check-in desk, rolled-up jeans under my head for a pillow. I told myself, “You are a venture capitalist” as I checked my emails on the airport’s free Wi-Fi, as I avoided the security people on their Segways, as I sent out yet another email asking for funding.

I was still spending days and nights at the airport when I wrote my blog post “Dear White Venture Capitalists: If You’re Reading This, It’s (Almost!) Too Late,” which went viral in a matter of hours but still left me with no investors. It’s been nearly five years since then, and now it’s not just my staunch self-belief telling me I’m a venture capitalist; I literally am the founder and managing partner of Backstage Capital, a multimillion-dollar investment fund. I’ve invested in 130-plus start-ups with founders who are underestimated in the same way as I was, founders who identify as people of color, women, LGBTQ, or, if they’re as lucky as I am, all three. In October 2018, I was the first Black female noncelebrity to grace the cover of Fast Company magazine.

In 2012, before I had even heard of the investment asset class called venture capital, before I was sharing hotel rooms with my mom, before I was homeless and sleeping in airports, in Airbnbs, and on friends’ couches, I was a budding production coordinator in the live music industry, working for artists such as CeeLo Green, Jason Derulo, and Toni Braxton. I’d been at that level for just over a year when I started noticing that the successful people I looked up to, such as Ellen DeGeneres, Ashton Kutcher, and Troy Carter (Lady Gaga’s manager at the time), were getting involved financially in the tech start-up scene. I wondered why those successful people with exciting lives and careers were spending so much time in a place called “Silicon Valley,” making bets on tiny companies no one had ever heard of. I was intrigued by what the draw could be, so I started doing what I always do when I’m curious about something: I dived in, asking questions and researching. After that, I started reading books, any and all that I could get my hands on, about start-ups, venture capitalism, and investing. I had the bug.

From the outside, the world of start-ups, venture capital, angel investors, and limited partners (the institutions and individuals who invest in venture funds) looked like a meritocracy. That was what attracted me to it, and I’m sure it’s what attracts a lot of people. The narrative around successful start-ups always seemed to follow a pattern of rags to riches: you hustle, grind, pull all-nighters, give your best every day, and finally . . . success arrives. As someone who has always been vision focused, who has always had big ideas and small resources, I became obsessed with this industry. I wanted to know everything about it, and so, I followed the money trail, and taught myself everything there was to know. Along the way, I learned some disappointing statistics. For one thing, 90 percent of venture capital was going to White men. That’s a huge amount of money, given that tens of billions of dollars are deployed in venture investments each year. It means that 10 percent of venture capital is split (unequally) among all of the other types of people in society. As a Black gay woman who had been excited to enter into the exciting world of innovation as an entrepreneur, I was more than disappointed to discover that something that had been sold to me as a meritocracy was actually a microcosm of the worst of society’s biases.

I knew when I saw those statistics that the mythology around Silicon Valley was basically a lie, because ingenuity, hard work, hustle, grit, and innovation aren’t traits that are prevalent only in the straight White male population. When talking about gender parity in VC funds and the gender pay gap, some high-level VCs talked constantly about hiring “the best person for the job” and about not wanting to “lower their standards” in order to accept women into higher-paid jobs. It’s insane—not to mention incredibly prejudiced, misogynistic, and homophobic—to assume that the best of the best just happen to be 90 percent straight White males. Yet that was the assumption!

Historically, venture capitalists have looked to invest in founders who fit their idea of what a successful founder looks like, from their skin color and their clothing to their economic background and their educational status—and they don’t even try to hide it. The legendary Y Combinator founder, Paul Graham, has admitted publicly that he can be “tricked” by a Mark Zuckerberg look-alike, and the successful and influential venture capitalist John Doerr went as far as to describe his ideal founders as “White male nerds.” A lot of this is based on stereotypes that have been rife in popular culture for decades, especially when it comes to tech founders. Our biases ensure that we expect a tech founder to be a young White guy who attended—and possibly dropped out of—Stanford University or somewhere similar and started his company in his garage, because those are the stories we’ve been told by the media and those are the people we have seen be so insanely successful in the past decades: Mark Zuckerberg, Steve Jobs, Bill Gates, Jeff Bezos, and many others.

But if I thought that 10 percent number was bad, you can imagine how I felt when I learned that only one-fifth of 1 percent of all venture capital in the United States goes to Black women.

"Hustle" Looks completely different depending on your circumstances.

Logically, that made and makes no sense at all to me. In Silicon Valley, people talk endlessly about “hustle” and “hacking” your way to success. The thing is that “hustle” looks completely different depending on your circumstances. For most affluent White men, hustle might be pulling an all-nighter in front of a computer trying to get a project done; but for some of the people I know, hustle is sacrificing sleep to work on their side project after they’ve spent ten hours at their day job, come home and fed their kids and put them to bed, or checked on their elderly relatives, or before they start their night shift at their second job.

Look, I’ve taken the grapes off the stems in the grocery store so I could afford them, I’ve couch surfed, I’ve crowd-sourced, I’ve bought a $1 doughnut so I could sit in an all-night doughnut shop when I’ve had nowhere else to go. And I’ve taught myself how to book countrywide music tours, built a magazine from scratch, and gotten myself backstage and onstage at some of the most influential business conferences in the world. I’ve hustled my whole life.

When I was deep into the journey to becoming a venture capitalist, my mom and I were roommates in Pearland, Texas, where I slept on a blow-up mattress. I barely left my room, spending all day and night reading books and blogs, watching YouTube videos made by successful venture capitalists, and sending emails. When I couldn’t afford to buy a book, I went to Barnes & Noble and sat there reading until closing time. I sent hundreds of cold emails to investors, asking to intern for them, asking to work for them, asking if they would mentor me, asking if they would hear me out. Save for the extremely rare positive response, I was met with a barrage of nos or was blatantly ignored.

It didn’t deter me; there’s never been a time in my life when one person’s no has made me give up entirely. During that same period, I started coming up with ideas for funds. First I wanted to start a million-dollar fund for LGBTQ founders. I went out to all these angel investors and asked for backing, but nobody would touch it. Nobody even thought it was anywhere close to being necessary or viable. I worked on things like that for months, but they didn’t come together. That was while I was still working my other job and trying to make ends meet.

I looked for new avenues, and in April 2015, after more than three years of researching and reaching out to Silicon Valley from a distance, something substantial finally came out of it. I was accepted into a pilot venture capital education program put on by the well-known start-up accelerator and venture fund 500 Startups and hosted at Stanford University. Partially through the help of a crowdfunding campaign—kick-started by a $500 contribution from Chris Sacca, a VC billionaire who didn’t know me well at the time but wanted to help, and bulked up by amazing friends, family, and strangers who threw in $5 to $100 each—I bought a one-way ticket to San Francisco. I was going to Silicon Valley, and no one was going to stop me. 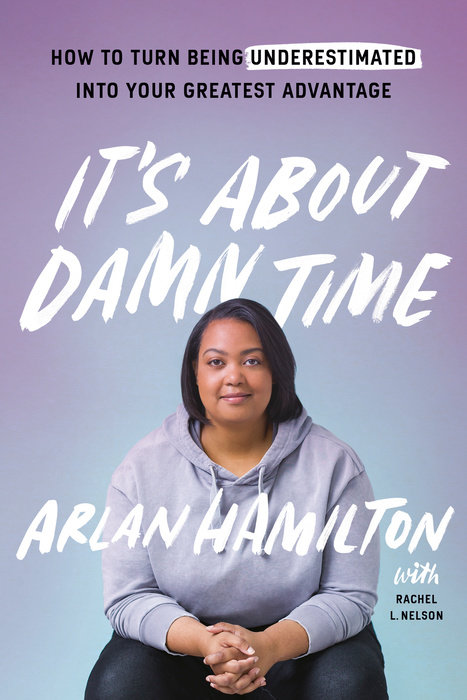