Best friends Jesse Tyler Ferguson, star of Modern Family, and recipe developer Julie Tanous pay homage to their hometowns as they whip up modern California food with Southern and Southwestern spins in their debut cookbook.

Modern Family star Jesse Tyler Ferguson and chef Julie Tanous love to cook together. They love it so much that they founded a blog, and now put all their favorite recipes into a cookbook for you to dig into with the people you love.

In Food Between Friends, they cook up delightful food, spiced with fun stories pulled right from their platonic marriage.

Drawing inspiration from the regional foods of the South and Southwest they grew up with, Jesse and Julie put smart twists on childhood favorites, such as Hatch Green Chile Mac and Cheese, Grilled Chicken with Alabama White BBQ Sauce, and Little Grits Soufflés.

So come join Jesse and Julie in the kitchen. This book feels just like cooking with a friend—because that’s exactly what it is.

An excerpt from Food Between Friends

I have always enjoyed creating meals for my friends and family. (Especially now that I’m a new father!) Maybe it’s the need to find a creative outlet that isn’t memorizing words and pretending to be other people. My favorite way to spend a free day is to crack open a few cookbooks and create a whole menu full of new recipes. I know what you’re thinking and, yes, I acknowledge that my husband Justin is very lucky to be married to me. Thank you for thinking that. And you should see me in my apron embroidered with my nickname: Jesse Stewart. It was a gift from my mother-in-law, who thought I was just as good as Martha.

But let’s face it, mothers-in-law are easily impressed. And the truth is, I haven’t always been good at cooking. We don’t need to talk about my legendary meltdown after my sixth consecutive attempt at piecrust. (You could earn an Oscar for re-creating it, though. Piecrust hates me! It really, really hates me!) Can we forget about the time I cooked my Thanksgiving turkey with the bag of giblets still in the bird? Or the Christmas my mother told me my homemade vanilla bean ice cream tasted like a candle?

As much as I’ve loved cooking, I’d always felt there was a limit to what I could do. I wanted to be one of those people who isn’t intimidated about making poached eggs. I knew there must be a better way to dice an onion than the “just keep chopping it until it looks smaller” method, which I employed. And for the love of God, a piecrust really shouldn’t make me cry THIS hard, should it?

It was always a dream of mine to go to culinary school, but I had this thing called a fulltime job and that job was something that I not only loved but also was actually good at. (Good enough to receive five Emmy Award nominations. No wins, but, whatever, I’m not supposed to care about that.) I set this dream aside, a sacrifice that seemed reasonable given how truly blessed and full my life was.

Then one summer night about seven years ago I attended a friend’s dinner party. Well, it wasn’t just a dinner party. It had a name: “The Spring Street Social Society.” As much as I wanted to support my friend, I was having a hard time getting behind this “interactive gathering” that was also short on specific details. It was being thrown at an undisclosed location; the secret address being emailed out the morning of the dinner. (Already annoying.) There was a theme. (Nope!) There was a performance. (A ukulele!) And worst of all, there was a required socialinteraction element. Many things are my jam. This was not it. No, ma’am, not my jam. I settled in at the end of one of the long tables, making certain I was still within sprinting distance of the nearest exit. The Spring Street Social Society. Ay, yi, yi.

I eyed the vacant chair sitting across the table from me, praying for it to remain empty, when sure enough, right as dinner was starting, a cute girl with bangs slid into the seat. She reached a bangled hand out to me and said . . .

“Hi, I’m Julie and I have Spring Street Social Anxiety.” Those were the first words out of my mouth when I met Jesse. To my relief, he laughed. Hard!

My husband, Will, had encouraged meto attend this strange little dinner party. Our daughter Josephine was eight months old, and I was still struggling with postpartum depression and anxiety. The love I once had for cooking, eating, and meeting new people lay dormant in me, and with Will’s encouragement, I was ready to shake free from it and rejoin the human race. I decided to break the ice with the redheaded human sitting across from me. Yes, I was a Modern Family fan and, yes, I recognized him, but in the interest of not scaring him off (he seemed just as dubious of this dinner party as I was), I played it cool. His laughter put me at ease.

We bonded over our love for food and our passion for cooking. I talked about my time at culinary school, and he asked me about my experience of being a private chef and recipe developer. We learned we both share a passion for cookbooks and we confided in each other that we each dreamed of writing our own one day. While our fellow party guests were being forced into “conversation starter” games and singalongs, Jesse and I were plotting our first date—to cook together. Jesse had no idea what he was signing up for that night when he decided to put all his contact information in my phone.

Over the next few months we became close friends and eventually cooking partners. (We may even become lovers one day if our husbands get sick of us.) I brought my Southern roots into his kitchen with my love of sorghum syrup and passion for butter, and he brought the joys of Hatch green chiles and the art of making the perfect sopaipilla into mine. Sharing the ingredients we were raised on not only cemented our devotion to those ingredients but also cracked open a desire to learn more about their history and origins. We swapped family recipes and used them as inspiration for our own creations. I became an unpaid culinary tutor in a way, helping Jesse when he had questions about knife skills or cooking techniques. Well, I guess I was paid in amusing stories. I helped Jesse up his game in the kitchen . . .

And that’s basically how this book began. So, I guess the joke was on us: the Spring Street Social Society achieved just what it set out to do. Tricky bastards!

But here’s the bigger thing we’ve discovered in our years of cooking together: anyone can learn how to cook, but cooking with someone else is a really intimate thing. It requires mutual respect, trust, and most important, chemistry. (Um, sort of like being lovers!?) It also requires a sense of humor, especially when you’ve reached the end of a day in the kitchen together and all you have to show for it is a wildly burnt chicken. But, hey, that’s what the wine is for. 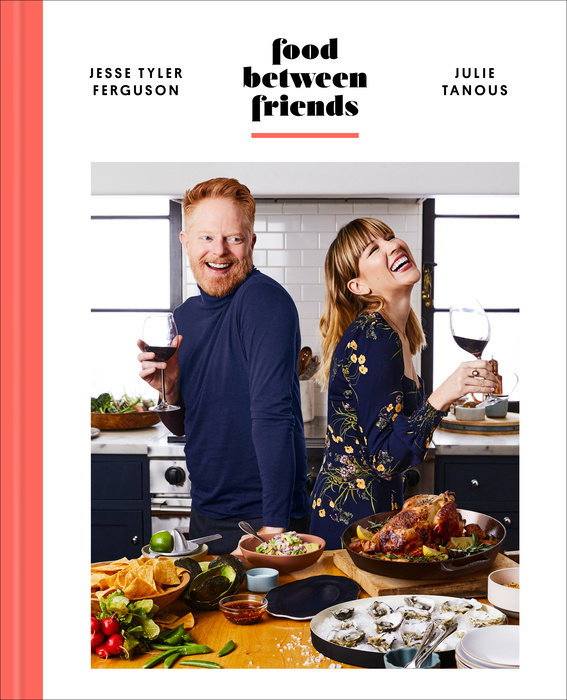