NEW YORK TIMES BESTSELLER • “Dr. Will Cole clearly cares about his patients’ health, and he addresses the widespread misconceptions about intermittent fasting while giving readers a tailored week-by-week plan to get back in touch with what their body truly needs.”—Mark Hyman, MD, director, the Cleveland Clinic Center for Functional Medicine and author of Food

“Intuitive Fasting makes both the science and user-friendly application of this exciting approach to human nutrition available for everyone.”—David Perlmutter, MD, FACN, author of Grain Brain and Brain Wash

The most effective and achievable guide to intermittent fasting, outlining a unique plan that merges the science behind fasting with a holistic approach to eating, from the bestselling author of Ketotarian and The Inflammation Spectrum

For some, the idea of fasting by eating only one or two meals a day sounds like an extreme and overly restrictive dieting tactic. But the truth is, our daily eating schedule—three meals a day, plus snacks—does not necessarily reflect our bodies’ natural cycles. In fact, eating three meals every day can cause metabolic inflexibility, which can lead to inflammation, fatigue, and chronic health problems. For millions of years, our bodies have actually functioned best with periodic times of fasting.

With his fresh new approach to fasting, bestselling author and functional medicine expert Dr. Will Cole gives you the ability to take control of your hunger and make intermittent fasting intuitive. You’ll get in touch with your instinctive eating patterns and become healthier and more mindful about how and when you eat. Intuitive Fasting will show you how to find metabolic flexibility—and once you’ve reached it, you can trust your body to function at optimal capacity, whether you’ve eaten six minutes ago or six hours ago.

During his 4-Week Flexible Fasting Plan, Dr. Cole will guide you through varying intermittent fasting windows, with each week of the plan tailored to focus on a different aspect of your health. He illustrates the most effective ways to fast and eat to amplify the health benefits of intermittent fasting, balancing rest and repair with clean, nutrient-dense, delicious foods. By the end of the four weeks, you will have all the tools necessary to:

Along with more than 65 recipes, you’ll also find a maintenance plan, so you can adapt fasting and feeding windows to work sustainably with your lifestyle.

An excerpt from Intuitive Fasting

The Origins of Fasting and Food Freedom

If you read the words “intermittent fasting” and a mental image of someone sipping water looking miserable and hungry emerged in your mind, I get it. Intermittent fasting has developed a reputation as extreme and overly restrictive. It’s often criticized as a way to prop up a damaging diet culture that is obsessed with weight loss and chasing the “perfect body.”

The notion of not eating can trigger preexisting negative thoughts and habits, and, in some cases, following strict dietary rules or fasting can be self-punishment disguised as a wellness practice. It’s easy to assume that fasting is just another form of restrictive dieting.

But here’s the honest truth: Real intermittent fasting isn’t about punishment, calorie restriction, or restriction at all. In fact, these things are the antithesis of the concepts presented in Intuitive Fasting.

Here’s what makes them different:

Chronic calorie restriction: Reducing your average daily caloric intake below what is normal for a long period of time.

Intermittent fasting: Limiting how often you eat, or not eating at all, during certain times of the day, week, or month.

See the difference? The key to intermittent fasting is when you eat—not how much. Intermittent fasting, especially the type of fasting we’ll be practicing in this book, actually has nothing to do with counting calories, chronically restricting food, or eating less overall.

If this surprises you, you’re not alone. Many of us are still operating under the old logic that weight loss is all about “calories in and calories out,” when the reality is that weight loss is much more complicated than this overly simplistic equation. Your body is not a calorie calculator, it is a chemistry lab, and intermittent fasting resets the beautiful biochemistry lab otherwise known as your metabolism.

But wait—aren’t we supposed to eat more frequent, small meals a day to keep our metabolism going? Isn’t that the healthiest way to live and maintain our weight?

At first glance, this idea seems legit—but the truth is, this theory doesn’t hold up when put to the test. One randomized trial using two groups of diabetic patients compared the effects on one group of eating five to six small meals a day to the effects on a second group of eating two larger meals. The number of calories the two groups consumed was the same, but the results showed that two larger meals led to greater weight loss, less hepatic fat content, increased oral glucose insulin sensitivity, and more. In other words, it was better for the metabolism, weight loss, and blood sugar balance to stick to the two larger meals. Our bodies are better able to digest and use the food we eat for usable energy when we eat fewer, larger meals a day.

Other review studies have shown that despite the fact that snacking is meant to keep you from overeating—and snacks can help you feel satisfied temporarily—they don’t cause you to eat less at your normal meals, which means you end up consuming more food and calories overall. The results of another study on patients who had recently undergone bariatric surgery showed that higher meal frequency was related to diminished weight loss.

The ideas of “portion control” and “eat small meals throughout the day” have been drilled into our brains. But data from the United Kingdom, published in the American Journal of Public Health, indicates that this conventional advice only helps 1 in 210 obese men and 1 in 124 obese women lose weight. Those numbers are shockingly and embarrassingly bad: that is a failure rate of 99.5 percent—and the numbers are even more concerning for morbid obesity. Clearly, the strategies we’re currently using aren’t working. Looking at those numbers, we’re forced to rethink what we’ve been taught about how to successfully lose weight. The truth is, eating all the time, even if it’s only a small amount, costs us a lot. Digesting requires a lot of energy, and it can interfere with other important bodily processes. It’s just plain unnatural to snack before bed, wake up and eat, and then constantly be snacking on granola bars and popcorn throughout the day (however relatively healthy these foods may be).

Another common misconception about fasting is that because fasting can cause weight loss, its health benefits must be attributed to weight loss itself. This theory has actually been studied and disproven.

For example, a randomized trial consisting of 100 women—half of whom followed an intermittent fasting regimen and half of whom followed a 25 percent calorie reduction diet—showed that the women in the two groups lost about the same amount of weight after six months, but the women on the fasting diet had a greater increase in insulin sensitivity and a larger reduction in waist circumference, which will undoubtedly make weight management easier in the long term. Other studies, as cited in a large review paper published in the New England Journal of Medicine, have specifically shown that specific benefits of intermittent fasting—such as improvement in glucose regulation, blood pressure, and heart rate, and in the efficacy of endurance and abdominal fat loss—are separate from its effect on weight. As the authors of the paper explain, human and animal studies have shown that the benefits of fasting are not simply the result of fasting-induced weight loss. Instead, they say intermittent fasting awakens powerful healing mechanisms that were lying dormant inside the body. Fasting enhances health and leads to weight loss in ways that are unrelated to a calorie deficit. Instead, fasting triggers shifts in metabolic and hormonal pathways that bring balance back to the body and allow it to maintain a healthy weight more easily, naturally. In short, you can get healthy so that you can lose weight, instead of trying to lose weight to get healthy.

See? I told you I was going to ask you to take everything you knew about fasting and eating and throw it out the window.

The Physician Within: The History of Fasting

Fasting has been pulled into the weight loss world as the newest big wellness trend, which has led to public misconceptions about fasting being just another fad.

But the truth is, fasting isn’t new at all.

Name any major religion or spiritual philosophy, and, chances are, it incorporates fasting in some way. In a religious context, going periods of time without food is often a way to gain clarity, show sacrifice, and help one become more responsive to higher powers. In Judaism, Yom Kippur is a day of complete fasting (including not drinking water!) and is considered the holiest day of the year. In Islam, Ramadan is a 28- to 30-day fast, during which food and drinks are not permitted during daylight hours. In Christianity, Lent, the 40 days leading up to Easter, and Advent, the time leading up to Christmas, both started as times of fasting, introspection, and prayer.

In Native American tribes, fasting was practiced before and during a vision quest; the Pueblo people fasted before major ceremonies performed during the change of seasons; shamans believed that fasting allowed them to see their visions more clearly and to control spirits. In ancient Greece, it was thought that eating food increased the risk that demonic forces could enter your body, so the Greeks fasted often. In India, Jainism has various fasting traditions, including not eating to satiation in daily life. The list could go on ad infinitum.

Dr. Will Cole is a leading functional medicine expert specializing in thyroid issues, autoimmune conditions, hormonal dysfunctions, digestive disorders, and brain issues. Dr. Cole graduated from Southern California University of Health Sciences as a doctor of chiropractic, and his extensive post-doctorate education and training is in functional medicine and clinical nutrition. Dr. Cole consults people around the world via webcam at www.drwillcole.com and locally in Pittsburgh. He lives in Pittsburgh, Pennsylvania.

More from Dr. Will Cole

by Dr. Will Cole 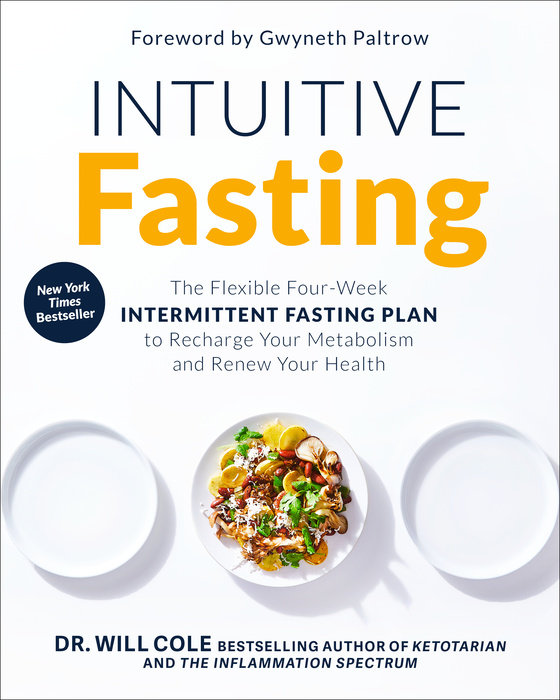