A harbinger of the Harlem Renaissance first published in 1922, this collection of poignant, lyrical poems explores Claude McKay’s yearning for his Jamaican homeland and the bitter plight of Black and African Caribbean people in America—now with an introduction by Pulitzer Prize–winning poet Jericho Brown.

ONE OF THE MOST ANTICIPATED BOOKS OF 2022—Vulture

With pure heart, passion, and honesty, Claude McKay offers an acute reflection on the complex nature of racial identity in the Caribbean diaspora, encompassing issues such as nationalism, freedom of expression, class, gender, and sex. The collection’s eponymous poem, “Harlem Shadows,” portrays the struggle of sex workers in 1920s Harlem. In “If We Must Die,” McKay calls for justice and retribution for Black people in the face of racist abuse.

Juxtaposing the cacophony of New York City with the serene beauty of Jamaica, McKay urges us to reckon with the oppression that plagues a “long-suffering race,” who he argues has no home in a white man’s world. Poems of Blackness, queerness, desire, performance, and love are infused with a radical message of resistance in this sonorous cry for universal human rights. Simultaneously a love letter to the spirit of New York City and an indictment of its harsh cruelty, Harlem Shadows is a stunning collection that remains all too relevant one hundred years after its original publication.

An excerpt from Harlem Shadows

I hear the halting footsteps of a lass
In Negro Harlem when the night lets fall
Its veil. I see the shapes of girls who pass
To bend and barter at desire’s call.
Ah, little dark girls who in slippered feet
Go prowling through the night from street to street!

Ah, stern harsh world, that in the wretched way
Of poverty, dishonor and disgrace,
Has pushed the timid little feet of clay,
The sacred brown feet of my fallen race!
Ah, heart of me, the weary, weary feet
In Harlem wandering from street to street.

Oh when I think of my long-suffering race,
For weary centuries despised, oppressed,
Enslaved and lynched, denied a human place
In the great life line of the Christian West;
And in the Black Land disinherited,
Robbed in the ancient country of its birth,
My heart grows sick with hate, becomes as lead,
For this my race that has no home on earth.
Then from the dark depths of my soul I cry
To the avenging angel to consume
The white man's world of wonders utterly:
Let it be swallowed up in earth's vast womb,
Or upward roll as sacrificial smoke
To liberate my people from its yoke!

I must not gaze at them although
Your eyes are dawning day;
I must not watch you as you go
You sun-illuminated way;
I hear but I must never heed
The fascinating note,
Which, fluting like a river reed,
Comes from your trembling throat;
I must not see upon your face
Love's softly glowing spark;
For there's the barrier of race,
You're fair and I am dark.

Claude McKay (1889–1948), born Festus Claudius McKay, is widely regarded as one of the most important literary and political writers of the interwar period and the Harlem Renaissance. Born in Jamaica, he moved to the U.S. in 1912 to study at the Tuskegee Institute. In 1928, he published his most famous novel, Home to Harlem, which won the Harmon Gold Award for Literature. He also published two other novels, Banjo and Banana Bottom, as well as a collection of short stories, Gingertown, two autobiographical books, A Long Way from Home and My Green Hills of Jamaica, and a work of nonfiction, Harlem: Negro Metropolis. His Selected Poems was published posthumously, and in 1977 he was named the national poet of Jamaica.

Brent Hayes Edwards is a professor in the Department of English and Comparative Literature at Columbia University. His books include The Practice of Diaspora: Literature, Translation, and the Rise of Black Internationalism and Epistrophies: Jazz and the Literary Imagination.

Jean-Christophe Cloutier is an assistant professor of English at the University of Pennsylvania. He is the editor of Jack Kerouac’s original French writings, La vie est d’hommage (2016), and translator of Kerouac’s two French novellas in The Unknown Kerouac: Rare, Unpublished & Newly Translated Writings (2016), and his essay on the first collaboration between Ralph Ellison and Gordon Parks appears in Invisible Man: Gordon Parks and Ralph Ellison in Harlem (2016). 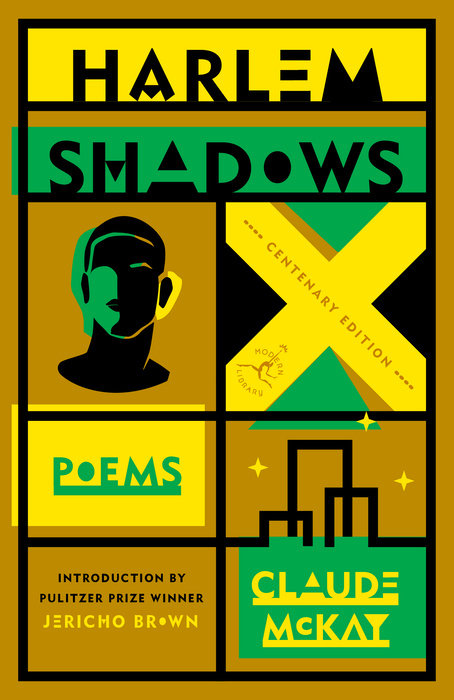