NAMED ONE OF THE BEST BOOKS OF THE YEAR BY THE WASHINGTON POST • “The game is on again. . . . A great mix of exciting fantasy and threatening fact.”—The Wall Street Journal

AN UNEXPECTED QUEST. TWO WORLDS AT STAKE. ARE YOU READY?

Hidden within Halliday’s vaults, waiting for his heir to find, lies a technological advancement that will once again change the world and make the OASIS a thousand times more wondrous—and addictive—than even Wade dreamed possible.

With it comes a new riddle, and a new quest—a last Easter egg from Halliday, hinting at a mysterious prize.

And an unexpected, impossibly powerful, and dangerous new rival awaits, one who’ll kill millions to get what he wants.

Wade’s life and the future of the OASIS are again at stake, but this time the fate of humanity also hangs in the balance.

Lovingly nostalgic and wildly original as only Ernest Cline could conceive it, Ready Player Two takes us on another imaginative, fun, action-packed adventure through his beloved virtual universe, and jolts us thrillingly into the future once again.

An excerpt from Ready Player Two

When I finally logged back in to my OASIS account, I was sitting in my new corner office on the top floor of the GSS skyscraper in downtown Columbus, Ohio, preparing to start my gig as one of the company’s new owners. The other three were still scattered across the globe: Shoto had flown back home to Japan to take over operations at GSS’s Hokkaido division. Aech was enjoying an extended vacation in Senegal, a country she’d dreamed of visiting her whole life, because her ancestors had come from there. And Samantha had flown back to Vancouver to pack up her belongings and say goodbye to her grandmother, Evelyn. She wasn’t due to arrive here in Columbus for another four days, which seemed like an eternity. I needed to distract myself until our reunion, so I decided to log back in to the OASIS and try out a few more of the superuser abilities my avatar now possessed.

I climbed into my brand-­new top-­of-­the-­line OASIS immersion rig, a Habashaw OIR-­9400, then put on my visor and haptic gloves and initiated the login sequence. My avatar reappeared where I’d last logged out, on the planet Chthonia, standing outside the gates of Castle Anorak. As I’d anticipated, there were thousands of other avatars already gathered there, all waiting patiently for me to make an appearance. According to the newsfeed headlines, some of them had been camped out there all week—­ever since I’d resurrected them in the aftermath of our epic battle against the Sixers.

In my first official act as one of GSS’s new owners, just a few hours after the fight ended, I’d authorized our admins to restore all the items, credits, and power levels those heroic users had lost, along with their avatars. I thought it was the least we could do to repay them for their help, and Samantha, Aech, and Shoto had agreed. It was the first decision we’d voted on as the company’s new co-­owners.

As soon as the avatars in my vicinity spotted me, they began to run in my direction, closing in on me from all sides at once. To avoid getting mobbed, I teleported inside the castle, into Anorak’s study—­a room in the highest tower that I alone could enter, thanks to the Robes of Anorak I now wore. The obsidian-­black garment endowed my avatar with the godlike powers Halliday’s own avatar had once possessed.

I glanced around the cluttered study. Here, just over a week ago, Anorak had declared me the winner of Halliday’s contest and changed my life forever.

My eyes fell upon the painting of a black dragon that hung on the wall. Beneath it stood an ornate crystal pedestal with a jewel-­encrusted chalice resting on top of it. And cradled within the chalice was the object I’d spent so many years searching for: Halliday’s silver Easter egg.

I walked over to admire it, and that was when I noticed something strange—­an inscription on the egg’s otherwise pristine surface. One that definitely hadn’t been there when I’d last seen it, nine days earlier.

No other avatars could enter this room. No one could’ve tampered with the egg. So there was only one way that inscription could’ve gotten there. Halliday himself must have programmed it to appear on the egg’s surface. It could have appeared right after Anorak gave me his robes, and I’d just been too distracted to notice.

Ernest Cline is a #1 New York Times bestselling novelist, screenwriter, father, and full-time geek. He is the author of the novels Ready Player One and Armada and co-screenwriter of the film adaptation of Ready Player One, directed by Steven Spielberg. His books have been published in over fifty countries and have spent more than 100 weeks on The New York Times bestsellers list. He lives in Austin, Texas, with his family, a time-traveling DeLorean, and a large collection of classic video games. 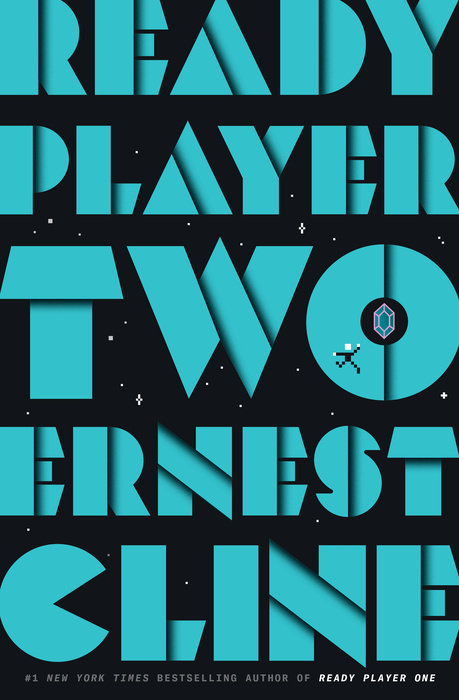