Through stunning photography, poignant stories, and dishes like wok-fried poke, pork dumplings made with biscuit dough, crispy cauliflower katsu, and charred huli-huli chicken slicked with a sweet-savory butter glaze, Cook Real Hawai‘i will bring a true taste of the cookouts, homes, and iconic mom and pop shops of Hawai‘i into your kitchen.

An excerpt from Cook Real Hawai'i

Sheldon Simeon is the chef and owner of Lineage, a restaurant that explores the ancestral roots of Hawaiian cuisine, as well as Tin Roof, where he serves contemporary Hawaiian dishes in a casual setting, both in Maui. In 2019, Lineage was named one of Bon Appétit's Top 50 Nominees for America's Best New Restaurants. Sheldon was a finalist on Season 10 of Top Chef: Seattle, becoming a finalist en route, and later competed on Season 14 of Top Chef: Charleston. He was voted Fan Favorite on both seasons. 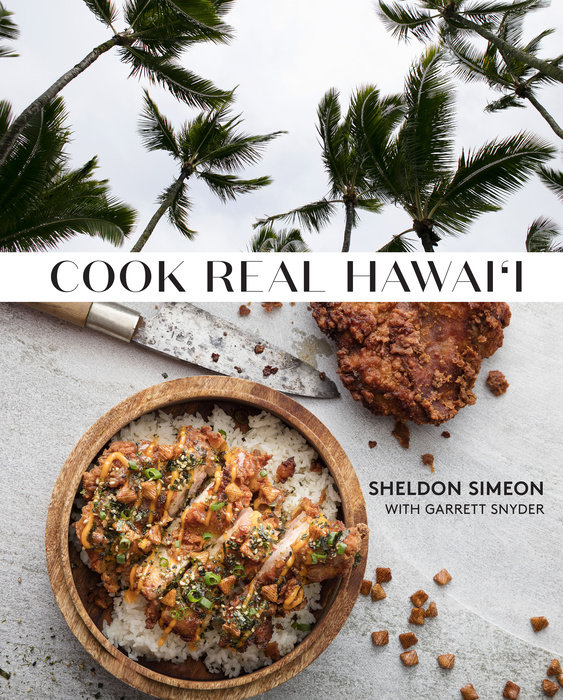