Should we believe in God? In this brisk introduction to modern atheism, one of the world’s greatest science writers tells us why we shouldn’t.

Richard Dawkins was fifteen when he stopped believing in God.

Deeply impressed by the beauty and complexity of living things, he’d felt certain they must have had a designer. Learning about evolution changed his mind. Now one of the world’s best and bestselling science communicators, Dawkins has given readers, young and old, the same opportunity to rethink the big questions.

In twelve fiercely funny, mind-expanding chapters, Dawkins explains how the natural world arose without a designer—the improbability and beauty of the “bottom-up programming” that engineers an embryo or a flock of starlings—and challenges head-on some of the most basic assumptions made by the world’s religions: Do you believe in God? Which one? Is the Bible a “Good Book”? Is adhering to a religion necessary, or even likely, to make people good to one another? Dissecting everything from Abraham’s abuse of Isaac to the construction of a snowflake, Outgrowing God is a concise, provocative guide to thinking for yourself.

“My son came home from his first day in the sixth grade with arms outstretched plaintively demanding to know: ‘Have you ever heard of Jesus?’  We burst out laughing. Maybe not our finest parenting moment, given that he was genuinely distraught. He felt that he had woken up one day to a world in which his peers were expressing beliefs he found frighteningly unreasonable. He began devouring books like The God Delusion, books that helped him formulate his own arguments and helped him stand his ground. Dawkins’s new book is special in the terrain of atheists’ pleas for humanism and rationalism precisely since it speaks to those most vulnerable to the coercive tactics of religion. As Dawkins himself says in the dedication, this book is for ‘all young people when they’re old enough to decide for themselves.’ It is also, I must add, for their parents.”—Janna Levin, author of Black Hole Blues

“When someone is considering atheism I tell them to read the Bible first and then Dawkins. Outgrowing God—second only to the Bible!”—Penn Jillette, author of God, No!

An excerpt from Outgrowing God

Do you believe in God?

Thousands of gods have been worshipped throughout the world, throughout history. Polytheists believe in lots of gods all at the same time (theos is Greek for ‘god’ and poly is Greek for ‘many’). Wotan (or Odin) was the chief god of the Vikings. Other Viking gods were Baldr (god of beauty), Thor (the thunder god with his mighty hammer) and his daughter Throd. There were goddesses like Snotra (goddess of wisdom), Frigg (goddess of motherhood) and Ran (goddess of the sea).

The ancient Greeks and Romans were also polytheistic. Their gods, like the Viking ones, were very humanlike, with powerful human lusts and emotions. The twelve Greek gods and goddesses are often paired with Roman equivalents who were thought to do the same jobs, such as Zeus (Roman Jupiter), king of the gods, with his thunderbolts; Hera, his wife (Juno); Poseidon (Neptune), god of the sea; Aphrodite (Venus), goddess of love; Hermes (Mercury), messenger of the gods, who flew on winged sandals; Dionysos (Bacchus), god of wine. Of the major religions that survive today, Hinduism is also polytheistic, with thousands of gods.

Countless Greeks and Romans thought their gods were real—prayed to them, sacrificed animals to them, thanked them for good fortune and blamed them when things went wrong. How do we know those ancient people weren’t right? Why does nobody believe in Zeus any more? We can’t know for sure, but most of us are confident enough to say we are ‘atheists’ with respect to those old gods (a ‘theist’ is somebody who believes in god(s) and an ‘atheist’—a-theist, the ‘a’ meaning ‘not’—is someone who doesn’t). Romans at one time said the early Christians were atheists because they didn’t believe in Jupiter or Neptune or any of that crowd. Nowadays we use the word for people who don’t believe in any gods at all.

Like you I expect, I don’t believe in Jupiter or Poseidon or Thor or Venus or Cupid or Snotra or Mars or Odin or Apollo. I don’t believe in ancient Egyptian gods like Osiris, Thoth, Nut, Anubis or Horus his brother who, like Jesus and many other gods from around the world, was said to have been born to a virgin. I don’t believe in Hadad or Enlil or Anu or Dagon or Marduk or any of the ancient Babylonian gods.

And I don’t believe in Yahweh, the god of the Jews. But it’s quite likely you do, if you were brought up a Jew, a Christian or a Muslim. The Jewish god was adopted by the Christians and (under the Arabic name, Allah) the Muslims. Christianity and Islam are offshoots of the ancient Jewish religion. The first part of the Christian Bible is purely Jewish, and the Muslim holy book, the Quran, is partly derived from Jewish scriptures. Those three religions, Judaism, Christianity and Islam, are often grouped together as the ‘Abrahamic’ religions, because all three trace back to the mythical patriarch Abraham, who is also revered as the founder of the Jewish people. We’ll meet Abraham again in a later chapter.

All those three religions are called monotheistic because their members claim to believe in only one god. I say ‘claim to’ for various reasons. Yahweh, today’s dominant god (whom I’ll therefore spell with a capital G, God) started out in a small way as the tribal god of the ancient Israelites who, they believed, looked after them as his ‘chosen people’. (It’s a historical accident—the adoption of Christianity as the Roman Empire’s official religion by the Emperor Constantine in ad 312—that led to Yahweh’s being worshipped around the world today.) Neighbouring tribes had their own gods who, they believed, gave them special protection. And although the Israelites worshipped their own tribal god Yahweh, they didn’t necessarily disbelieve in the gods of rival tribes, such as Baal, the fertility god of the Canaanites; they just thought Yahweh was more powerful—and also extremely jealous (as we shall see later on): woe betide you if he caught you flirting with any of the other gods.

The monotheism of modern Christians and Muslims is also rather dubious. For example, they believe in an evil ‘devil’ called Satan (Christianity) or Shaytan (Islam). He goes under a variety of other names too, such as Beelzebub, Old Nick, the Evil One, the Adversary, Belial, Lucifer. They wouldn’t call him a god, but they regard him as having god-like powers and he is seen, with his forces of evil, as waging a titanic war against the good forces of God. Religions often inherit ideas from older religions. The notion of a cosmic war of good versus evil probably comes from Zoroastrianism, an early religion founded by the Persian prophet Zoroaster, which influenced the Abrahamic religions. Zoroastrianism was a two-gods religion, the good god (Ahura Mazda) battling it out with the evil god (Angra Mainyu). There are still a few Zoroastrians about, especially in India. That’s yet another religion I don’t believe in and probably you don’t either.

One of the weirder accusations levelled at atheists, especially in America and Islamic countries, is that they worship Satan. Of course, atheists don’t believe in evil gods any more than they believe in good ones. They don’t believe in anything supernatural. Only religious people believe in Satan.

Christianity verges on polytheism in other ways, too. ‘Father, Son and Holy Spirit’ are described as ‘three in one and one in three’. Exactly what this means has been disputed, often violently, down the centuries. It sounds like a formula for squeezing polytheism into monotheism. You could be forgiven for calling it tri-theism. The early split in Christian history between the Eastern (Orthodox) and Western (Roman) Catholic Church was largely caused by a dispute over the following question: Does the Holy Ghost ‘proceed from’ (whatever that might mean) the Father and the Son, or just from the Father? That really is the kind of thing theologians spend their time thinking about.

And then there’s Jesus’s mother, Mary. For Roman Catholics, Mary is a goddess in all but name. They deny that she is a goddess, but they still pray to her. They believe she was ‘immaculately conceived’. What does that mean? Well, Catholics believe we are all ‘born in sin’. Even tiny babies who, you might think, are a bit young to sin. Anyway, Catholics think Mary (like Jesus) was an exception. All the rest of us inherit the sin of Adam, the first man. In fact, Adam never actually existed, so he couldn’t sin. But Catholic theologians aren’t put off by little details like that. Catholics also believe that Mary, instead of dying like the rest of us, was sucked bodily ‘up’ into heaven. They portray her as the ‘Queen of Heaven’ (sometimes even ‘Queen of the Universe’!) with a little crown balanced on top of her head. All those things would seem to make her at least as much of a goddess as any of the thousands and thousands of Hindu deities  (which Hindus themselves say are just different versions of one single god). If the Greeks, Romans and Vikings were polytheistic, then Roman Catholics are too.

Roman Catholics also pray to individual saints: dead people who are regarded as especially holy, and have been ‘canonized’ by a Pope. Pope John Paul II canonized 483 new saints, and Francis, the current pope, canonized no fewer than 813 on one day alone. Many of the saints are thought to have special skills, which make them worth praying to for particular purposes or particular groups of people. Saint Andrew is the patron saint of fishmongers, Saint Bernward the patron saint of architects, Saint Drogo the patron saint of coffee-house owners, Saint Gummarus the patron saint of lumberjacks, Saint Lidwina the patron saint of ice-skaters. If you need to pray for patience, a Catholic might advise you to pray to Saint Rita Cascia. If your faith is shaky, try Saint John of the Cross. If in distress  or mental anguish, Saint Dymphna might be your best bet. Cancer sufferers tend to try Saint Peregrine. If you’ve lost your keys, Saint Anthony is your man. Then there are the angels, who come in various ranks, from seraphs at the top, down through archangels to your personal guardian angel. Again, Roman Catholics will deny that angels are gods or demigods, and they will protest that they don’t really pray to saints but just ask them to put in a good word with God. Muslims, too, believe in angels. Also in demons, which they call djinns. 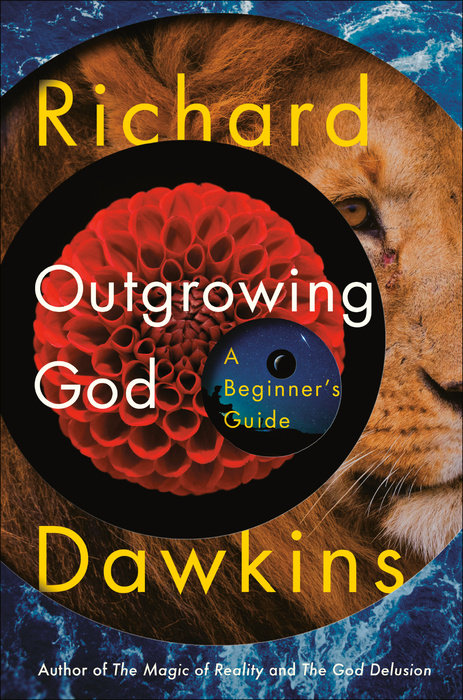