Sharing beloved barbecue dishes from the Southeast Asian countries of Thailand, Burma, Laos, Cambodia, Vietnam, Malaysia, Singapore, Philippines, and Indonesia, experienced author and expert on Asian cooking Leela Punyaratabandhu inspires readers with a deep dive into the flavor profile and spices of the region. She teaches you how to set up your own smoker, cook over an open flame, or grill on the equipment you already have in your backyard. Leela provides more than sixty mouthwatering recipes such as Chicken Satay with Coriander and Cinnamon, Malaysian Grilled Chicken Wings, and Thai Grilled Sticky Rice, as well as recipes for cooking bone-in meats, skewered meats, and even vegetable side dishes and flavorful sauces.

The fact that Southeast Asian-style barbecue naturally lends itself to the American outdoor cooking style means that the recipes in the book can remain true to tradition without any need for them to be Westernized or altered at the expense of integrity. This is the perfect book for anyone looking for an easy and flavorful way to expand their barbecue repertoire.

An excerpt from Flavors of the Southeast Asian Grill

I’d thought about starting this book with something lyrical—maybe a harkening back to our collective past as humans first discovering and then cooking with fire. Next I’d cite a poetic quote from a scientist or an archaeologist about how we are bound together regardless of race through our love of the scent of smoke, which I’d follow with how I was inspired by the daily aroma of food grilling on a clay charcoal stove when I was growing up in Thailand. But I decided against that beginning. You see, the impetus for this book is much more practical than it is romantic.

It started with—let me set the scene—me eating at a stateside Thai restaurant many years ago. As I examined a skewer of chicken satay in my hand, I knew it had been cooked on a griddle hours in advance and reheated in a microwave, which prompted me to let out a small sigh over the wretched fate of how such an iconic grilled dish had become so dry, bland, and utterly devoid of smokiness. Anyone, I thought, could make this so much better at home.

Grilled dishes are among the most glorious creations of Southeast Asian cuisines, but they’re rarely on Asian restaurant menus in the West. And the ones that are served, such as satay, are nearly always translated poorly, leaving few traces of their original glories. I’ve discovered that when Southeast Asian grilling is mentioned, the response is too often a blank stare. Most people think first of the East Asian traditions of Korean indoor tabletop barbecue and the bite-size grilled morsels served in a Japanese izakaya. Both lend themselves better to indoor dining, and because people in the West primarily experience global cuisines through their local restaurants, they are better known than their Southeast Asian outdoor counterparts.

You can’t blame anyone. In Southeast Asia, people often enjoy grilled food in open-air markets, rather than in sit-down, enclosed food venues. Remove the cooking over charcoal and wood from that culinary culture and a big chasm opens up. Unfortunately, live-fire cooking—a prominent, glorious feature of the Southeast Asian food scene—is not practical in American restaurants, which are governed by rigorous safety codes and regulations. What we end up with is satay seared on a griddle—a result miles away from skewered meat charred over a live fire, where it absorbs a heady mix of aromatic herbs and spices and of fat dripping onto sizzling, hissing, smoking hot coals.

But the blessings are, as is often said, hidden in plain sight. It’s also in the West, especially in the United States, where you find a strong DIY mentality, a large collective body of grilling and barbecuing knowledge and technology, and the abundant availability of grilling and smoking tools for home use, all of which more than make up for a scarcity of open-air night markets and street-food culture. The vibrant, widespread culture of tailgate parties, backyard cookouts, summer picnics, home-built smokehouses, and more makes it all even better.

The best place outside Southeast Asia to experience the region’s grilled and smoked dishes as they’re meant to be enjoyed is not, in fact, at an Asian restaurant. It’s in your own backyard.

Flavors of the Southeast Asian Grill is by no means an exhaustive compendium of the iconic grilled and smoked dishes of Southeast Asia, with every country represented equally. Nor is it a cultural, culinary, or anthropological survey of the region.

Instead, it is a collection of my favorite dishes from my childhood in Thailand and from traveling, eating, and cooking widely throughout Southeast Asia as an adult. A number of the recipes come from my family’s collections, and others are from friends who live in the region. Many more are the result of my obsessions both with re-creating the dishes that I’ve enjoyed and with perfecting new cooking techniques I’ve picked up during my years of writing about food.

However, my personal connection with a dish wasn’t the only criterion I used to determine what to include out of my vast collection of favorites. One very important consideration was how practical it would be to replicate the recipes in a typical Western home. All of them, therefore, are relatively simple to prepare, though some require more steps than others and are more suitable for a weekend project. Plus, they can all be made with the tools that grilling and barbecuing enthusiasts already have or can acquire easily.

I have also considered the availability of ingredients and have left out dishes—regardless of how iconic—that call for key items found only in Asia. The recipes that follow are the ones that I routinely make in the backyard of my home in Chicagoland and for which I can find either the traditional ingredients or acceptable substitutes.

Finally, though I have remained true to the flavors and presentations of these dishes as I have experienced them in their home regions, I use cuts of meat that are widely sold in North America. Each region has its own way of butchering animals, its own preferred animal parts, and its own traditions for cutting them up for cooking. You’re not going to find, for example, St. Louis–style pork ribs at any market in Laos, unless you know a butcher and show him exactly how you want your spareribs trimmed. Likewise, many cuts of meat commonly used in certain dishes in Southeast Asia are not easily found in other parts of the world. Culinary purists’ eyebrows will raise, as they are wont to do, but rigid insistence on using only those cuts when others that are easy to find will work just as well is foolhardy and doesn’t benefit anyone.

LEELA PUNYARATABANDHU is the author of the award-winning cooking blog She Simmers and the book Simple Thai Food. Her writing has appeared on CNN Travel and the food website Serious Eats. Dividing her time between Chicago and Bangkok, Punyaratabandhu writes about Thai food and Thai restaurants both in the United States and Thailand. 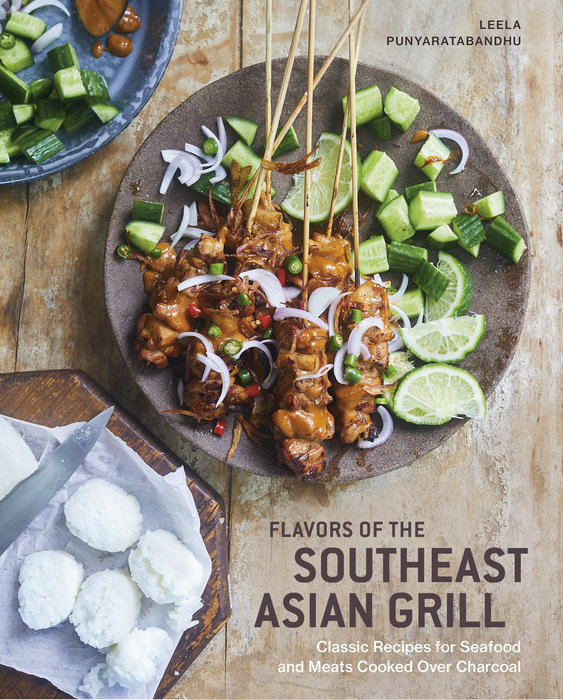