From brisket to steak, here’s everything you need to know about meat. This convenient ebook bundle from the revered pitmaster and New York Times bestselling author behind Austin's Franklin Barbecue features his already iconic books Franklin Barbecue and Franklin Steak.

Franklin Barbecue: This bestselling book is the definitive resource for the backyard pitmaster, with chapters dedicated to building or customizing your own smoker; finding and curing the right wood; creating and tending perfect fires; sourcing top-quality meat; and, of course, cooking mind-blowing, ridiculously delicious barbecue.

Franklin Steak: This indispensable guide is the be-all, end-all to cooking the perfect steak, buying top-notch beef, seasoning to perfection, and finding or building the ideal cooking vessel. For any meat lover, backyard grill master, or fan of Franklin's fun yet authoritative approach, this book is a must-have.

Aaron Franklin is a native of Bryan, Texas, and the co-owner and cofounder (along with his wife, Stacy) of Franklin Barbecue. Franklin Barbecue opened its doors in 2009, and has since gone on to win many awards, including “Best Barbecue in Texas” from Texas Monthly and “Best Barbecue in America” from Bon Appétit. Franklin is also the host of the PBS series BBQ with Franklin. He and Stacy live in Austin with their daughter, Vivian.

Jordan Mackay is a James-Beard-award winning writer on wine, spirits and food. His work has appeared in Food & Wine, The New York Times, Los Angeles Times, San Francisco Chronicle, Decanter, The Art of Eating, Wine and Spirits, and many others. His first book, Passion for Pinot, was published in 2009, and his second, Secrets of the Sommeliers (with Rajat Parr), was released in October 2010, winning a James Beard award in 2011. Two in the Kitchen was published in 2012. Franklin Barbecue (with Aaron Franklin) was released in April, 2015 and spent many weeks on the New York Times Bestseller list. Knife, written with chef John Tesar, was released in May 2017 by Flatiron Press. His new book is The Sommelier’s Atlas of Taste, again with Parr, while Franklin Steak comes out Spring of 2018. Jordan lives in Napa Valley and travels extensively, speaking about wine, spirits and food. 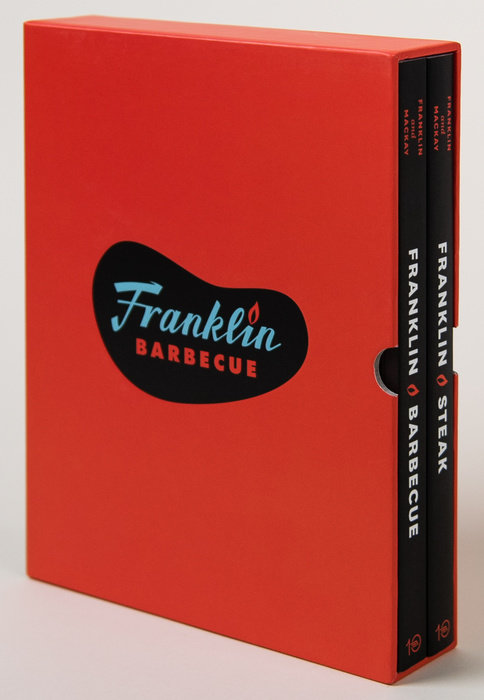