A warm home for broken hearts, the Fireside Grill serves up hope and healing in equal measure. Stacey Lynn’s sensual, deeply emotional series heats up as a jaded restaurateur falls hard for a woman who’s hiding from a damaged past.

Declan James lost his last ounce of trust the day his wife walked out the door, leaving him to save the restaurant they built together. Throwing himself into his work, Declan swears off women—or at least, women who expect him to stick around in the morning. But when he discovers a skittish beauty scrounging through the Fireside’s trash to feed her dog, Declan offers her a job and a place to rest her head. There’s just something about her that awakens his protective side. And soon, not even that mangy mutt can stop Declan from caring for her.

After one too many trips to the ER, Trina Wilson finally gathered the courage to leave her husband, taking only her car and hyperactive boxer. Unfortunately, life on the run proves harder than she anticipated—until Declan takes a leap of faith on her. But even as Trina starts to see beyond his gruff exterior, she can’t relax, even for a moment. Not with her husband still tracking her down. What Trina doesn’t know is that in Declan, she has a powerful ally—and, if she would only follow her heart, a devoted lover.

Praise for His to Protect

“Stunning characters and a bright, refreshing voice drew me in on the first page. I didn’t want to put it down!”—New York Times bestselling author Claudia Connor

“There’s just something about a damsel in distress that gets me every time. Add in a strong woman and a dog? I’m done! I loved this book!”—New York Times bestselling author Susan Stoker

“His to Protect will have you on the edge of your seat the entire read. I swooned one moment and held my breath the next. Stacey Lynn will leave you wanting more—so much more!”—New York Times bestselling author Kelly Elliott

“If you’re looking for a hero who might be a little rough around the edges but has a heart of gold, then Declan is definitely your guy. His to Protect is a great read!”—USA Today bestselling author Alexis Morgan

The passionate novels in Stacey Lynn’s Fireside series can be read together or separately:
HIS TO LOVE | HIS TO PROTECT | HIS TO CHERISH | HIS TO SEDUCE

An excerpt from His to Protect

“What in the heck is going on out here?”

I jumped backward, falling to my backside, and quickly scrambled behind Boomer.

In front of me, a monstrous shadow filled the doorway just down from the dumpster.

I couldn’t see anything except the black outline of a large figure, but it was clear he had his hands on his hips.
In front of me, Boomer looked up at the stranger and let out a loose growl before he dropped his head and went back to eating.

I’d have scolded him for it if I hadn’t been so terrified about the stranger, who reached down and picked up something that looked like a brick.

“I’m sorry,” I stammered, and began searching for Boomer’s leash, but he must have been sitting on it.

Typical dog. He wouldn’t leave until he was good and ready.

My voice trailed off as the man dropped the brick in the doorway, propping open the door to the restaurant, and stepped into the alley.

“You’re the one who’s been digging through the crap in my dumpster?”

He took another step out of the doorway. With the light off to his side, I could just make out his features. Shaved head, tanned skin, sharp jawline. Big as a truck.

Nothing about this said it was safe for me to be here. I wrapped my fingers around Boomer’s collar, fruitlessly trying to pull him away from his food.

He whined and jerked forward. I stumbled from his sudden movement and hissed in pain.

My other hand wrapped around my ribs as I flinched.

“You hurt?” the man asked and stepped closer.

“Stop.” I thrust out my hand and looked away from him and down at my darn dog who wouldn’t stop slurping up french fries. “We’ll go, I swear, and we won’t come back. I just . . .”

Darn it. This was horrifically embarrassing. I never actually planned what I would do or say if I got caught digging through trash.

Tears welled in my eyes and I shook my head.

If I turned now and walked away, I doubted this mountain of a man would follow me. Or he would, but if I let Boomer go, he’d slow the man down.

Not with his teeth and a vicious bite. He’d probably lick the man to death. Or tackle him, wanting to play.

My stomach rumbled, practically vibrating off the brick walls, and I pressed my hand over my stomach to silence it.

“No, thank you,” I said brusquely, and took a step toward the street. “We should be going.”

The man took several steps forward before I could blink. He might have been big, but he was darn quick, and he was now directly in front of me with one hand outstretched.

I flinched back immediately, throwing my hand in front of my face before he cursed.

I cringed again and peeked at him, looking with one eye through my separated fingers.

He was standing back with his hands up, palms facing me. Despite his fierce scowl, he hadn’t meant his gesture to be threatening.

Unfortunately, for far too long, I’d been around men who thought it was okay to intimidate a woman with their size and their fists. It had become instinct to protect myself, even if it usually ended up getting me in more trouble.
“Sorry,” I gasped when I realized what I’d done.

“I won’t hurt you,” the man said and gestured toward the door. “Let me feed you and your dog. He can’t come in, but we can tie him up out here.”

I realized my hand was still raised and lowered it to my side, still balled into a fist, as if I could do damage to this guy.

He rubbed his jaw and shrugged. “Because I can’t keep cleaning up my alley and you apparently need to eat.” Then he nodded and pointed at my dog. “So does it.”

“Boomer,” I corrected him. It always bugged me that Kevin referred to my dog as an it. I should have known that a man who couldn’t love an animal could never love a woman properly.

“Right.” I saw a flash of white teeth as he smiled, and then it disappeared. Something about that, the way it seemed he was trying not to laugh at me, had a disarming effect.

My pulse, which had been elevated since he terrified me by appearing in the alley, began to slow and my shoulders dropped.

“You’re really just offering a meal?” I asked, sucking my bottom lip in between my teeth. Heat suffused my cheeks when I added “For free?”

My stomach knotted at the thought. I had the money to pay. I just really needed to save it. Taking off with only a few hundred dollars wasn’t the smartest decision, but I figured the less that was missing, the less suspicion it would raise, giving me more time to get on the road before Kevin realized I was truly gone.

“What else would I be offering?” he asked, his brow furrowed. He dismissed the question with a swish of his hand. “Forget it. You coming?”

My lips pulled to one side and I looked down at Boomer. The harmless dog. His tongue was hanging out of his mouth and he was panting as if he’d just eaten a feast. A quick glance at the emptied container told me he had. Now he was eyeing this strange brute of a man with excitement. A new friend to jump on.

His eyes were wide and black and his tail thumped against the asphalt. “Can we keep the door propped open so I can keep my eye on him?”

“Yes,” he answered immediately and nodded.

It had become instinct in me to cower from men, thanks to hits I’d taken from Kevin. But I had stayed and tolerated it for a purpose, all the while planning to escape when the time was right. I could have been more frightened than I was of this man and his offer, but his apparent desire to make me comfortable made me relax.

“Okay, then,” I said and began following him to the door.

Stacey Lynn was raised in the Midwest. Over the long, frigid winters, she would read every book she could get her hands on, from John Grisham and Danielle Steel to Ann M. Martin and C. S. Lewis. She began writing poems and short stories long before she reached high school, and now, as a wife and mother to four children, she finds solace from the craziness of her life by creating steamy, sexy stories. After publishing her first book, what began as a hobby has now turned into an unending passion. 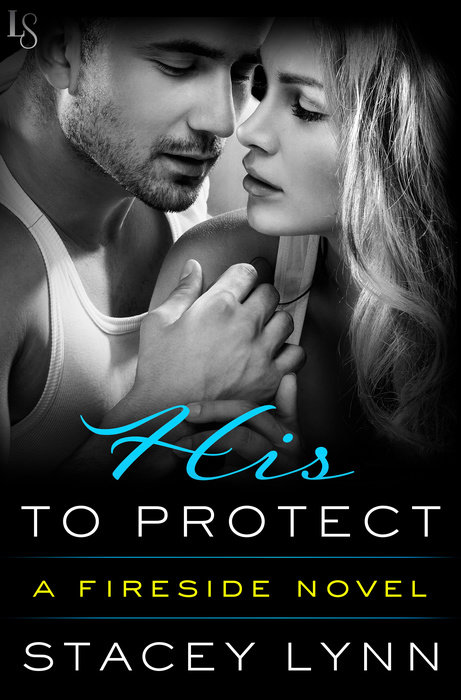