An honorable man who’s lost his way . . . A career woman who hides behind her button-up suits . . . Unexpected romance is the specialty at the Fireside Grill as Stacey Lynn’s captivating series comes full circle.

Becoming an ER doctor had been David McGregor’s mission ever since he could remember. But after tragedy strikes at his hospital in Chicago, David runs away from the guilt—all the way back to Latham Hills, Michigan, where he takes a job tending bar at his childhood friend’s restaurant. That’s how he meets Camden Reed, and the way Camden refuses to give him the time of day should be a turnoff. Instead, he’s drawn to her tough, tightly wound exterior, and soon David realizes that he has a new mission: to see her tightly wound beneath him.

Camden’s fighting tooth and nail to resist the desire she feels for David. Growing up dirt-poor, raised by a single mother, she worked twice as hard to get where she is today, and she doesn’t have any patience for the kind of guy who’d give up a decent paycheck to sling drinks. But when the sexual tension finally combusts between the sheets, Camden discovers that people aren’t always what they seem. As David pushes her past her limits, Camden begins to loosen up—and to trust that, when she falls, there will be someone waiting to catch her.

Praise for His to Seduce

“Sweet and sexy in all the right places, His to Seduce ends the Fireside series with a bang!”—USA Today bestselling author Stacey Kennedy

“Love the entire series. Two people hiding from their pasts find what they need to heal each other. A story of learning to trust yourself and your heart.”—New York Times bestselling author Melanie Moreland

“Well done, Stacey Lynn . . . well done. Your series was always one I looked forward to reading. . . . Now hurry up and give me another one. I love your writing!”—The Jeep Diva

“Let’s talk about the romance and chemistry. Hot, hot, hot! . . . Emotional romance that is enlightening, heartbreaking and heartwarming.”—Kelly’s Book Blog

The passionate novels in Stacey Lynn’s Fireside series can be read together or separately:
HIS TO LOVE | HIS TO PROTECT | HIS TO CHERISH | HIS TO SEDUCE

An excerpt from His to Seduce

My back hit the metal shelf behind me and I cringed.

“David.” I gripped his shoulders tighter. His hands squeezed my backside as he moved us.

“Sorry.” In the darkness it was almost impossible to see, but my eyes slowly adjusted as he pushed aside a stack of tablecloths and placed me on a table. “Better?”

His hand gently brushed down my cheek and goosebumps popped on my arms.

What was I doing?

The salty Jamaican air had scrambled my senses.

Or I was tired of being alone. Tired of being the outsider among all my friends who had recently found the loves of their lives. I was thrilled for them, especially Tyson and Blue, whose marriage we had celebrated earlier on the beach of a Jamaican resort. In the last year, I’d watched three of my closest friends fall in love and find the men of their dreams, along with their happily ever afters. I was genuinely happy for them, but I was also tired of being the one who always went home alone.

“Please,” I whispered, and leaned into his palm now cupping my cheek. His hands were strong. Long, tanned fingers that had made me think of naughty things like this for months.

In the darkness, I saw a flash of his white teeth. “I like it when you beg. When you need me.”

Tonight’s need was selfish. A moment to forget the loneliness. A moment to take what I’d been too chicken to go after for months even though it was right in front of me.

He’d been right before my eyes, flirting relentlessly and trying to break me down. Tonight, I was tired of fighting the pull I’d felt for him despite how wrong I knew he was for me. This was one night. A moment of wildness I didn’t usually indulge in, but who didn’t enjoy getting laid at a friend’s wedding? It was almost a requirement.
His hands dropped to my knees, spreading them wide so he could step in between them.

His fingers teased my thighs, running up and down my bare flesh until I shivered from the softness of his touch.
My eyes were half-lidded when I forced myself to look at him. I saw only his lust for me, and my heart rioted against my rib cage.

Damn . . . he wanted me. It was as thrilling as it was terrifying.

One of his hands left my leg and cupped the back of my neck. He pulled me to him until our foreheads touched.

“I want this,” he said, his voice thick and gruff. “Tell me you want this.”

I couldn’t. A long time ago I swore to myself I’d never be vulnerable again. I certainly wasn’t about to make that admission when all I currently wanted was a night of pretending and forgetting.

I shivered again. From his words, his promise—something I so desperately craved but was too terrified to take hold of.

I shifted my hips, pulling him to me until he brushed against my center.

“Tonight.” I gasped as he rubbed against me in the perfect spot. “It’s all I can promise.”

He chuckled, moving his mouth against my cheek, down to my jaw and my throat. “We’ll see about that.”

Stacey Lynn was raised in the Midwest. Over the long, frigid winters, she would read every book she could get her hands on, from John Grisham and Danielle Steel to Ann M. Martin and C. S. Lewis. She began writing poems and short stories long before she reached high school, and now, as a wife and mother to four children, she finds solace from the craziness of her life by creating steamy, sexy stories. After publishing her first book, what began as a hobby has now turned into an unending passion. 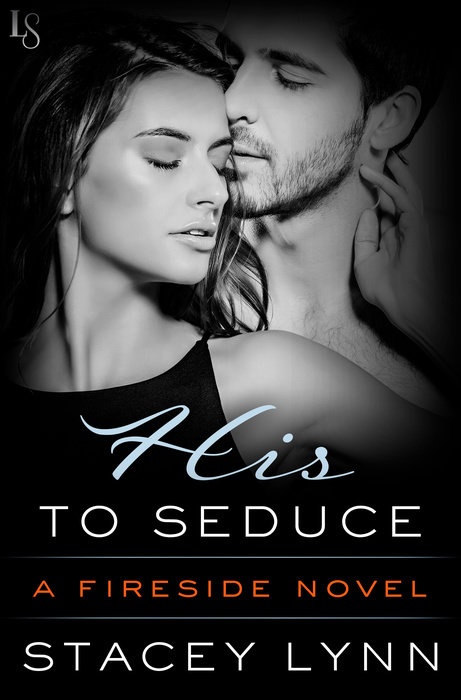