Mired in greed and corruption, tangled in bureaucracy, the Galactic Republic is crumbling. In the outlying systems, where the Trade Federation maintains a stranglehold on shipping routes, tensions are boiling over—while back in the comfort of Coruscant, the hub of civilized space and seat of the Republic government, few senators seem inclined to investigate the problem. And those who suspect Supreme Chancellor Valorum of having a hand in the machinations are baffled—especially when Jedi Master Qui-Gon Jinn and his apprentice Obi-Wan Kenobi foil an assassination attempt on the Chancellor.

With the crisis escalating, Valorum calls for an emergency trade summit. As humans and aliens gather, conspiracies sealed with large sums of money run rampant, and no one is entirely above suspicion. But the greatest threat of all remains unknown to everyone except three members of the Trade Federation who have entered into a shadowy alliance with a dark overlord. While the trio will be content with more money and fewer problems, Darth Sidious has grander, far more terrifying plans.

It is a time that tests the mettle of all those who strive to hold the Republic together—none more so than the Jedi Knights, who have long been the galaxy's best hope for preserving peace and justice. Yet despite their most valiant efforts, the meeting will explode into fiery chaos beyond everyone's worst fears . . .

An excerpt from Cloak of Deception: Star Wars Legends

Luxuriating in the unfailing light of countless stars, the Trade Federation freighter Revenue lazed at the edge of Dorvalla’s veil of alabaster clouds.

Indistinguishable from its myriad brethren, the freighter resembled a saucer, whose center had been pared away to create two massive hangar arms and a stalked centersphere that housed the great ship’s hyperdrive reactors. Forward, the curving arms fell short of each other, as if in a failed attempt to close the circle. But, in fact, the gap was there by design, with each arm terminating in colossal docking claws and gaping hangar portals.

Like some gluttonous beast, a Trade Federation vessel didn’t so much load as gobble cargo, and for close to three standard days, the Revenue had been feeding at Dorvalla.

The outlying planet’s principal commodity was lommite ore, a major component in the production of transparisteel viewports and starfighter canopies. Ungainly transports ferried the strip-mined ore into high orbit, where the payloads were transferred to a fleet of self-propelled barges, tenders, and cargo pods, many of them as large as shuttles, and all bearing the Spherical Flame sigil of the Trade Federation.

By the hundreds the unpiloted crafts streamed between the Dorvallan transports and the ring-shaped freighter, lured to the breach in the curving arms by powerful tractor beams. There the docking claws nudged the crafts through the magnetic containment fields that sealed the rectangular maws of the hangars.

Safeguarding the herd from attacks by pirates or other raiders flew patrols of bullet-nosed, quad-thruster starfighters, wanting shields but armed with rapid-fire laser cannons. The droids that piloted the ships answered to a central control computer located in the freighter’s centersphere.

At the aft curve of the centersphere stood a command and control tower. The ship’s bridge occupied the summit, where a robed figure paced nervously before an array of inwardly inclined viewports. The interrupted view encompassed the distal ends of the hangar arms and the seemingly ceaseless flow of pods, their dorsal surfaces aglow with sunlight. Beyond the arms and the rust-brown pods spun translucent-white Dorvalla.

The Revenue’s Neimoidian navigator responded from a thronelike chair set below the burnished floor of the bridge walkway.

“The last of the cargo pods is being taken aboard, Commander Dofine.” Neimoidian speech, while lilting, favored first syllables and elongated words.

The navigator swiveled in his chair to face the walkway. “So soon, Commander?”

Dofine ceased his relentless pacing to cast a dubious look at his shipmate. Months in deep space had so honed Dofine’s natural distrust that he was no longer certain of the navigator’s intent. Was the navigator questioning his command in the hope of gaining status, or was there some good reason to delay recalling the starfighters? The distinction troubled Dofine, since he risked losing face by airing his suspicions and being proven wrong. He decided to gamble that the question had been prompted by concern and contained no hidden challenges.

“I want those fighters recalled. The sooner we leave Dorvalla, the better.”

The navigator nodded. “As you will, Commander.”

Captain of the Revenue’s skeleton crew of living beings, Dofine had a pair of front-facing red oval eyes, a prominent muzzle, and a fish-lipped slash of mouth. Veins and arteries pulsed visibly beneath the surface of puckered and mottled pale-green skin. Small for his species—the runt of his hive, some said behind his back—his thin frame was draped in blue robes and a tufted, shoulder-padded mantle more appropriate for a cleric than a ship’s commander. A tall cone of black fabric, even his headpiece suggested wealth and high office.

The navigator was similarly attired in robes and headpiece, though his floor-length mantle was solid black and of a simpler design. He communicated with the devices that encircled the shell-like pilot’s chair by means of data readout goggles that cupped his eyes and a disk-shaped comlink that hid his mouth.

The Revenue’s communications technician was a jowled and limpid-eyed Sullustan. The officer who interfaced with the central control computer was a Gran—three-eyed, with a hircine face. Beaked and green-complexioned, the ship’s assistant bursar was an Ishi Tib.

Dofine hated having to suffer aliens aboard his bridge, but he was compelled to do so as an accommodation to the lesser shipping concerns that had allied with the Trade Federation; small companies like Viraxo Shipping, and powerful shipbuilders like TaggeCo and Hoersch-Kessel.

Humaniform droids saw to all other tasks on the bridge.

Dofine had resumed his pacing when the Sullustan spoke.

“Commander, Dorvalla Mining reports that the payment they received is short one hundred thousand Republic credits.”

Dofine waved his long-fingered hand in dismissal. “Tell her to recheck her figures.”

The Sullustan relayed Dofine’s words and waited for a reply. “She claims that you said the same thing the last time we were here.”

Dofine exhaled theatrically and gestured to a large circular screen at the rear of the bridge. “Display her.”

The magnified image of a red-haired, freckle-faced human woman was resolving on the screen by the time Dofine reached it.

“I am not aware of any missing credits,” he said without preamble.

The woman’s blue eyes flashed. “Don’t lie to me, Dofine. First it was twenty thousand, then fifty, now one hundred. How much will we have to forfeit the next time the Trade Federation graces Dorvalla with a visit?”

Dofine glanced knowingly at the Ishi Tib, who returned a faint grin. “Your world is far removed from normal space lanes,” he said calmly toward the screen. “As far from the Rimma Trade Route as from the Corellian Trade Spine. Your situation, therefore, demands additional expenditures. Of course, if you are displeased, you could always do business with some other concern.”

The woman snorted a rueful laugh. “Other concern? The Trade Federation has put everyone else under.”

Dofine spread his large hands. “Then what is a hundred thousand credits, more or less?”

“Extortion is what it is.”

The sour expression Dofine adopted came naturally to his slack features. “I suggest you file a complaint with the Trade Commission on Coruscant.”

The woman fumed; her nostrils flared and her cheeks reddened. “You haven’t heard the last of this, Dofine.”

Dofine’s mouth approximated a smile. “Ah, once again, you are mistaken.” Abruptly, he ended the transmission, then swung back to face his fellow Neimoidian. “Inform me when the loading process is concluded.”

Deep in the hangar arms, droids supervised the disposition of the cargo pods from traffic stations located high above the deck. Humpbacked craft with bulbous noses that gave them an animated appearance, the pods entered through the hangars’ magcon orifices on repulsorlift power and were routed according to contents and destination, as designated by codes stenciled on the hulls. Each hangar arm was divided into three zones, partitioned by sliding bulkhead doors, twenty stories high. Normally, zone three, closest to the centersphere, was filled first. But pods containing goods bound for destinations other than Coruscant or other Core worlds were directed to berthing bays in zones one or two, regardless of when they were brought aboard.

Scattered throughout the hangars were security automata toting modified BlasTech combat rifles, some with dispersal tips. Where the worker droids might be hollow-bodied asps, limber-necked PKs, boxy GNKs, or flat-footed binary loadlifters, the security droids appeared to have been inspired by the skeletal structure of any number of the galaxy’s bipedal life-forms.

Lacking both the rounded head and alloy musculature of its near cousin, the protocol droid, the security droid had a narrow, half-cylindrical head that tapered forward to a speech processor and, at the opposite end, curved down over a stiff, backwardly canted neck. What distinguished the droid, however, was its signal boost backpack and the retractable antennae that sprouted from it.

The majority of the droids that comprised the Revenue’s security force were simply appendages of the freighter’s central control computer, but a few had been equipped with a small measure of intelligence. The foreheads and chest plastrons of these lanky commanders were emblazoned with yellow markings similar to military unit flashes, though less for the sake of other droids than for the flesh and bloods to whom the commanders ultimately answered.

OLR-4 was one such commander.

Blaster rifle gripped in both hands and angled across his chest, the droid stood in zone two of the ship’s starboard hangar arm, halfway between the bulkheads that defined the immense space. OLR-4 was aware of the activity around him—the current of cargo pods moving toward zone three, the noise of other pods settling to the deck, the incessant whirrs and clicks of machines in motion—but only in a vague way. Rather, OLR-4 had been tasked by the central control computer to watch for anything out of the ordinary—for any event that fell outside performance parameters defined by the computer itself. 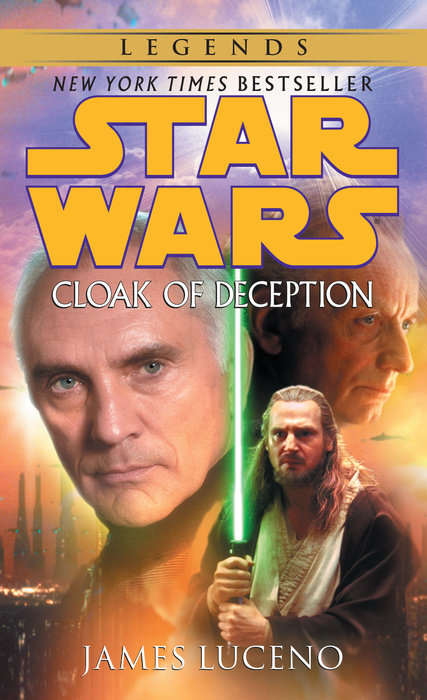