A literary anthology of important and artful interpretations of the civil rights movement and the fight against white supremacy, past and present—including pieces by Maya Angelou, James Baldwin, Ralph Ellison, Alice Walker, Richard Wright, and John Lewis

“Jon Meacham . . . has done about the best job of anthologizing the movement that I’ve ever seen.”—Tom Wicker, Mother Jones

Editor and Pulitzer Prize–winning author Jon Meacham has chosen pieces by journalists, novelists, historians, and artists, bringing together a wide range of perspectives and experiences. The result is an unprecedented and powerful portrait of the movement’s spirit and struggle, told through voices that resonate with passion and strength.

Maya Angelou takes us on a poignant journey back to her childhood in the Arkansas of the 1930s. On the front page of The New York Times, James Reston marks the movement’s apex as he describes what it was like to watch Martin Luther King, Jr., deliver his heralded “I Have a Dream” speech in real time. Alice Walker takes up the movement’s progress a decade later in her article “Choosing to Stay at Home: Ten Years After the March on Washington.” And John Lewis chronicles the unimaginable courage of the ordinary African Americans who challenged the prevailing order, paid for it in blood and tears, and justly triumphed.

Voices in Our Blood is a compelling look at the movement as it actually happened, from the days leading up to World War II to the anxieties and ambiguities of this new century. The story of race in America is a never-ending one, and Voices in Our Blood tells us how we got this far—and how far we still have to go to reach the Promised Land.

This powerful anthology contains works from:

An excerpt from Voices in Our Blood

Inheritors of Slavery: Twelve Million Black Voices: A Folk History of the Negro in the United States, 1941
Richard Wright

The word "Negro," the term by which, orally or in print, we black folk in the United States are usually designated, is not really a name at all nor a description, but a psychological island whose objective form is the most unanimous fiat in all American history; a fiat buttressed by popular and national tradition, and written down in many state and city statutes; a fiat which artificially and arbitrarily defines, regulates, and limits in scope of meaning the vital contours of our lives, and the lives of our children and our children's children.

This island, within whose confines we live, is anchored in the feelings of millions of people, and is situated in the midst of the sea of white faces we meet each day; and, by and large, as three hundred years of time has borne our nation into the twentieth century, its rocky boundaries have remained unyielding to the waves of our hope that dash against it.
The steep cliffs of this island are manifest, on the whole, in the conduct of whites toward us hour by hour, a conduct which tells us that we possess no rights commanding respect, that we have no claim to pursue happiness in our own fashion, that our progress toward civilization constitutes an insult, that our behavior must be kept firmly within an orbit branded as inferior, that we must be compelled to labor at the behest of others, that as a group we are owned by the whites, and that manliness on our part warrants instant reprisal.

Three hundred years are a long time for millions of folk like us to be held in such subjection, so long a time that perhaps scores of years will have to pass before we shall be able to express what this slavery has done to us, for our personalities are still numb from its long shocks; and, as the numbness leaves our souls, we shall yet have to feel and give utterance to the full pain we shall inherit.

More than one-half of us black folk in the United States are tillers of the soil, and three-fourths of those of us who till the soil are sharecroppers and day laborers. The land we till is beautiful, with red and black and brown clay, with fresh and hungry smells, with pine trees and palm trees, with rolling hills and swampy delta—an unbelievably fertile land, bounded on the north by the states of Pennsylvania, Ohio, Illinois, and Indiana, on the south by the Gulf of Mexico, on the west by the Mississippi River, and on the east by the Atlantic Ocean.

Our southern springs are filled with quiet noises and scenes of growth. Apple buds laugh into blossom. Honeysuckles creep up the sides of houses. Sunflowers nod in the hot fields. From mossy tree to mossy tree—oak, elm, willow, aspen, sycamore, dogwood, cedar, walnut, ash, and hickory–bright green leaves jut from a million branches to form an awning that tries to shield and shade the earth. Blue and pink kites of small boys sail in the windy air.

In summer the magnolia trees fill the countryside with sweet scent for long miles. Days are slumberous, and the skies are high and thronged with clouds that ride fast. At midday the sun blazes and bleaches the soil. Butterflies flit through the heat; wasps sing their sharp, straight lines; birds fluff and flounce, piping in querulous joy. Nights are covered with canopies sometimes blue and sometimes black, canopies that sag low with ripe and nervous stars. The throaty boast of frogs momentarily drowns out the call and counter-call of crickets.

In autumn the land is afire with color. Red and brown leaves lift and flutter dryly, becoming entangled in the stiff grass and cornstalks. Cotton is picked and ginned; cane is crushed and its juice is simmered down into molasses; yams are grubbed out of the clay; hogs are slaughtered and cured in lingering smoke; corn is husked and ground into meal. At twilight the sky is full of wild geese winging ever southward, and bats jerk through the air. At night the winds blow free.

In winter the forests resound with the bite of steel axes eating into tall trees as men gather wood for the leaden days of cold. The guns of hunters snap and crack. Long days of rain come, and our swollen creeks rush to join a hundred rivers that wash across the land and make great harbors where they feed the gulf or the sea. Occasionally the rivers leap their banks and leave new thick layers of silt to enrich the earth, and then the look of the land is garish, bleak, suffused with a first-day stillness, strangeness, and awe.

But whether in spring or summer or autumn or winter, time slips past us remorselessly, and it is hard to tell of the iron that lies beneath the surface of our quiet, dull days. To paint the picture of how we live on the tobacco, cane, rice, and cotton plantations is to compete with mighty artists: the movies, the radio, the newspapers, the magazines, and even the Church. They have painted one picture: charming, idyllic, romantic; but we live another: full of the fear of the Lords of the Land, bowing and grinning when we meet white faces, toiling from sun to sun, living in unpainted wooden shacks that sit casually and insecurely upon the red clay.

In the main we are different from other folk in that, when an impulse moves us, when we are caught in the throes of inspiration, when we are moved to better our lot, we do not ask ourselves: "Can we do it?" but: "Will they let us do it?" Before we black folk can move, we must first look into the white man's mind to see what is there, to see what he is thinking, and the white man’s mind is a mind that is always changing.

Back of this tangled process is a long history. When the Emancipation Proclamation was signed, there were some 4,000,000 of us black folk stranded and bewildered upon the land which we had tilled under compulsion for two and a half centuries. Sundered suddenly from the only relationship with Western civilization we had been allowed to form since our captivity, our personalities blighted by two hundred and fifty years of servitude, and eager to hold our wives and husbands and children together in family units, some of us turned back to the same Lords of the Land who had held us as slaves and begged for work, resorted to their advice; and there began for us a new kind of bondage: sharecropping.

Glad to be free, some of us drifted and gave way to every vagary of impulse that swept through us, being held in the line of life only by the necessity to work and eat. Confined for centuries to the life of the cotton field, many of us possessed no feelings of family, home, community, race, church, or progress. We could scarcely believe that we were free, and our restlessness and incessant mobility were our naïve way of testing that freedom. Just as a kitten stretches and yawns after a long sleep, so thousands of us tramped from place to place for the sheer sake of moving, looking, wondering, landless upon the land. Arkansas, Missouri, Tennessee, Kentucky, North Carolina, South Carolina, Louisiana, Alabama, Mississippi, Georgia, Virginia, and West Virginia became the home states of us freed blacks. 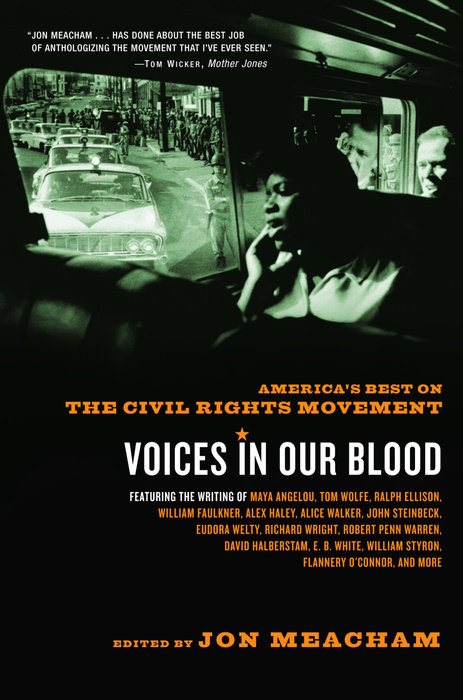